Please ensure Javascript is enabled for purposes of website accessibility
Log In Help Join The Motley Fool
Free Article Join Over 1 Million Premium Members And Get More In-Depth Stock Guidance and Research
By Danny Vena - Jul 9, 2017 at 9:17AM

Amazon was first, Google is smartest, and Apple has its fanboys and fangirls. With no clear advantage or killer app to differentiate it, why is Microsoft joining the fray with a "me too" smart speaker?

The smart speaker market didn't exist until late 2014, with the debut of the Echo home smart speaker by Amazon.com, Inc. (AMZN 3.58%). Since then, potential competitors have been scrambling to catch up. For the last several years, Amazon has had the market of voice-controlled wireless speakers to itself, but competition has recently ramped up. In November 2016, Alphabet Inc. (GOOGL 5.11%) (GOOG 5.20%) released the Google Home, and last month, Apple Inc. (AAPL 2.45%) announced its HomePod, which will be in stores in December. A number of smaller players will also be releasing competing devices.

Each of these devices is powered by a virtual assistant and possesses the ability to check the weather, play music, read the news, and manage connected smart home devices. They can also provide assistance with credit card statements, schedule ride-hailing, or order a pizza. Each company has taken a slightly different approach, hoping to differentiate their product in what is quickly becoming a crowded field.

To almost no fanfare whatsoever, Microsoft Corporation (MSFT 3.42%) announced that it will release the Invoke speaker in partnership with Harman Kardon, a division of Samsung Electronics (NASDAQOTH: SSNLF), which will check traffic, play music, and deliver the latest headlines. Sound familiar? Why is Microsoft delivering what seems like an also-ran product without anything to set its device apart? 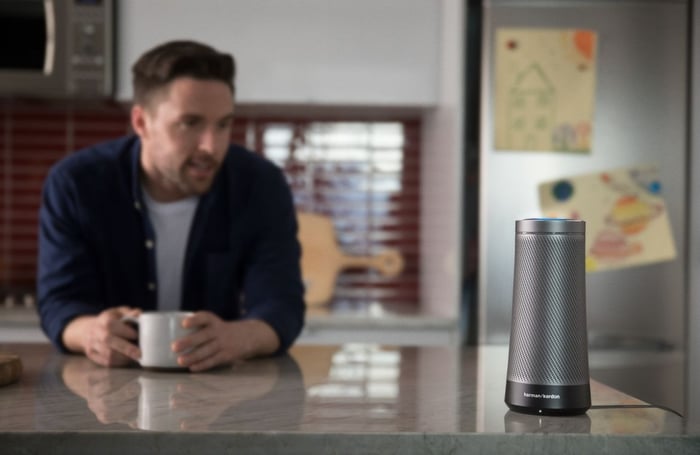 Microsoft has serious market share for its Cortana voice-activated virtual assistant when it comes to PCs, by virtue of its Windows operating system, but it loses any advantage in the mobile market to Google's Android and Apple's iOS, which together account for 99% of new smartphone sales. These run Google Assistant and Siri, respectively, which affords Microsoft very little chance to get a toehold in the market. Being tethered to the desktop isn't doing the company any favors.

Microsoft is trying to augment its position in the office and reach into other areas of consumers' lives by deploying Cortana across a variety of devices, thereby making up for its missed opportunity in the smartphone market. Outside of its desktop stronghold, Cortana can be found on the Invoke speaker and the Xbox, and Microsoft has partnered with various automakers to integrate Cortana into cars via its Connected Vehicle Platform. The company also released a software development kit for Cortana, giving manufacturers the opportunity to embed Cortana into any number of connected appliances and Internet-of-Things devices, which will allow them to respond to voice commands.

To each his own

Amazon has relied primarily on the advantage of being first to market and currently boasts 15,000 "skills" or commands for its Echo family of products powered by its Alexa virtual assistant. While it has no specific phone to call home, Alexa is available via the Amazon app and has found its way into a number of cars, appliances, and smart home devices. It appears to be working, as Amazon controls an estimated 70% of the smart speaker market, according to eMarketer. The other advantage for Amazon is the potential for voice-driven shopping from its e-commerce website. A survey by RBC Capital Markets found that 17% of Amazon customers already use the Echo family of devices to order products.

Google Home is relying on its massive installed base of Android devices and the strength of the company's underlying artificial intelligence and search capabilities for its advantage, which appears to by paying off. In a recent test by 360i Data of Google Home and Amazon Alexa, Home was six times more likely to provide an answer than Alexa. According to eMarketer, despite the short time it has been available, Google Home has quickly garnered 24% of the smart speaker market.

Apple's advantage will be its focus on quality, the legion of diehard fans of its products, and the strength of its ecosystem. It will also emphasize the pairing of its speaker with an Apple Music subscription. Meanwhile, its virtual assistant, Siri, made the leap from the iPhone and has been deployed into the iPad and Apple Watch, as well as the company's laptop and desktop computers. HomePod is another way for Apple to expand its presence in its customers' lives. 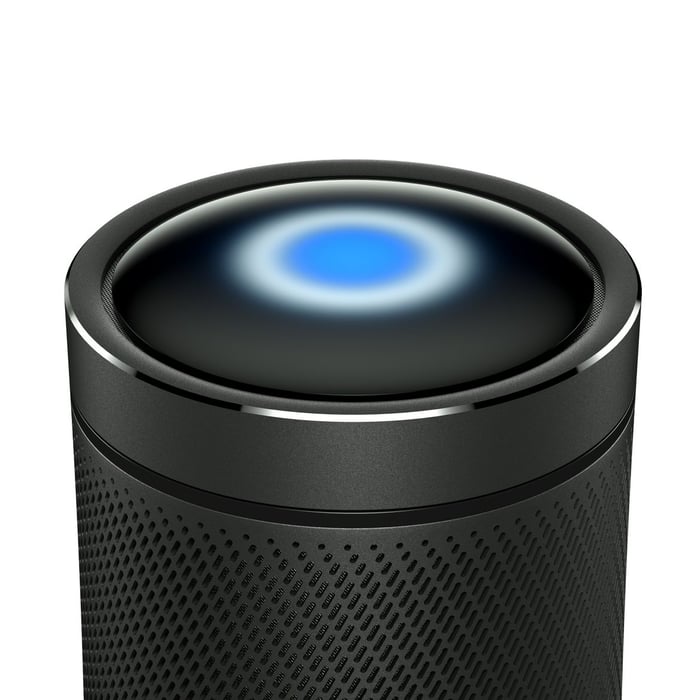 The appeal of these speakers to their big tech creators is not necessarily the income that will be derived from the sale of the devices, but the information the companies will glean about their consumers. Additionally, the AI-based virtual assistants that underlie these speakers become smarter and more useful the more they are used, so getting them in front of as many consumers as possible is essential.