NVIDIA (NASDAQ:NVDA) was recently crowned 2017's smartest company in the world by MIT Technology Review, which compiles an annual list of the 50 companies that "best combine innovative technology with an effective business model."

Yep, that does sound like a winning combo for a top-performing stock. So, perhaps it might not be too surprising that the stock of the graphics chip specialist, which has been transforming itself into a play on artificial intelligence (AI), has been having a great run -- it's returned 209% over the one-year period through July 7, versus the S&P 500's 17.9%. 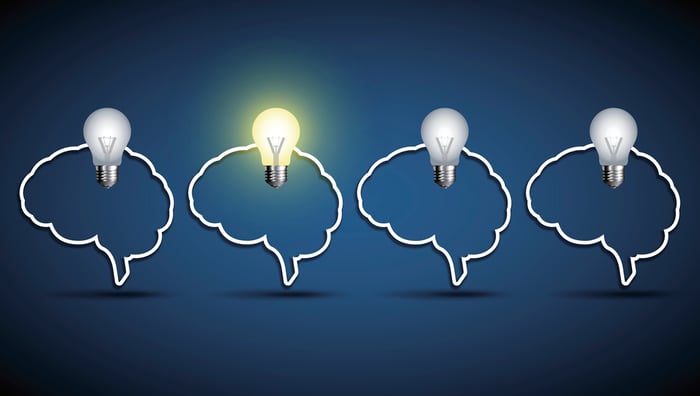 Why is NVIDIA the brightest bulb in the brainy bunch?

NVIDIA was named to the smartest list because it "[c]ontinues to tweak its chips, originally developed for gaming, to help develop breakthrough technologies like deep learning and autonomous driving," according to the prestigious tech publication.

Let's define our terms before we move on: Deep learning is a branch of AI where software aims to simulate the activity in the vast network of neurons in the neocortex, the part of our brains where thinking occurs. This artificial "neural network" learns to recognize patterns in digital representations of various types of data, including images and sounds. Deep learning requires massive computational power.

While MIT Technology Review succinctly cites the reason each company made its list, it doesn't release its criteria for ranking the companies. So, we don't know specifically why NVIDIA ranked higher, for example, than the following other top five companies: 2. Elon Musk's SpaceX; 3. Amazon.com; 4. Genetic testing specialist 23andMe; and 5. Google parent Alphabet. (For those curious, Apple, Facebook, and Tesla ranked Nos. 16, 23, and 31, respectively.) It's likely a good dose of subjectivity comes into play. NVIDIA’s been steadily moving up in this list’s rankings, as it placed No. 28 and No. 12 in 2015 and 2016, respectively.

The publication does a nice job of summarizing NVIDIA's business:

Though Nvidia still makes most of its money from selling graphics chips for video games, it has established itself as the leading provider of processing power for AI software, and its newer, AI-related businesses are growing quickly. During its most recent financial quarter, revenues from its data-center and automotive businesses increased by 186 percent and 24 percent, respectively, over the previous year. The company says all the major Internet and cloud-service providers use its chips to accelerate their processes, and a number of large [car makers], including Toyota, are using its autonomous-driving technology.

Expounding on this snippet, NVIDIA operates in two main product segments: graphics processing units (GPUs) and Tegra processors, with GPUs accounting for the lion's share of its business. It has four core market platforms: computer gaming, data center, professional visualization, and automotive. In the first quarter of fiscal 2018, reported in May, the gaming platform accounted for 53% of its total revenue, while data center, professional visualization, and auto accounted for 21.1%, 10.6%, and 7.2%, respectively. (There's also an "other" category, so numbers don't total 100%.)

NVIDIA has been finding success with its GPU-based deep-learning approach to AI, which is powering growth primarily in its data center platform, but also in its auto platform. The latter has recently started to benefit from the move toward driverless cars. 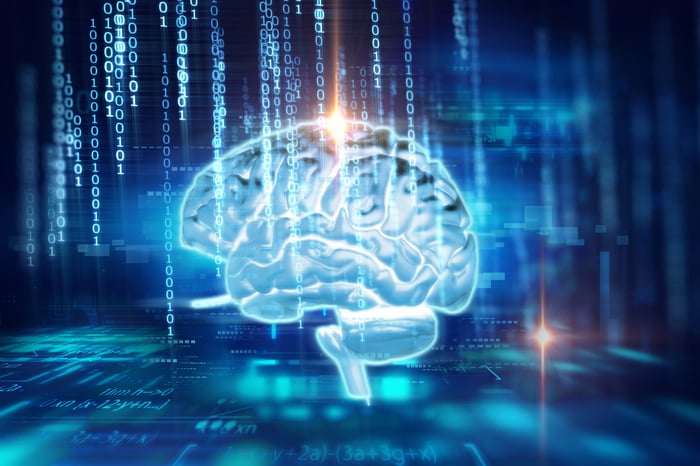 Naturally, NVIDIA's title in and of itself doesn't automatically make the company's stock more valuable. However, there's a decent case to be made that such an honor matters for investors for two reasons.

For one, the folks who selected NVIDIA as the best of the best at "creating new opportunities by combining important technologies and business savvy" are quite tech savvy, so I think investors should put at least some stock (excuse the pun) in the publication's opinion. As always, though, investors should always do their own due diligence.

Second, while no single honor is likely to help NVIDIA in its efforts to recruit top tech talent, the combined honors it's been racking up should help make it become an even stronger employer of choice. Top tech talent is the lifeblood of companies such as NVIDIA, and with many top tech companies located in the same geographic area -- Silicon Valley -- they're all vying for much of the same talent.

Why NVIDIA Was Named "The Smartest Company" in the World -- and Does It Matter? @themotleyfool #stocks $NVDA Next Article
Current