Please ensure Javascript is enabled for purposes of website accessibility
Log In Help Join The Motley Fool
Free Article Join Over 1 Million Premium Members And Get More In-Depth Stock Guidance and Research
By Beth McKenna – May 23, 2017 at 7:23PM

NVIDIA's stock has returned 216% over the last year -- and some gigantic growth catalysts, including artificial intelligence, are just in the early innings.

NVIDIA (NVDA -0.66%) hit it out of the park again when it recently reported fiscal Q1 2018 earnings. Shares soared 17.8% on the day following the earnings release and have returned 216.1% for the one-year period through May 19.

The visual computing specialist's revenue jumped 48% year over year to $1.94 billion, adjusted earnings per share soared 85% to $0.85, and GAAP earnings per share (EPS) surged 126% to $0.79. Wall Street was expecting adjusted EPS of $0.67 on revenue of $1.91 billion. I had opined that an earnings beat was more likely than not, so wasn't surprised that NVIDIA showed up the Street once again.

There were many great nuggets covered on NVIDIA's Q1 earnings call, but here four key things every NVIDIA investor and potential investor should know. 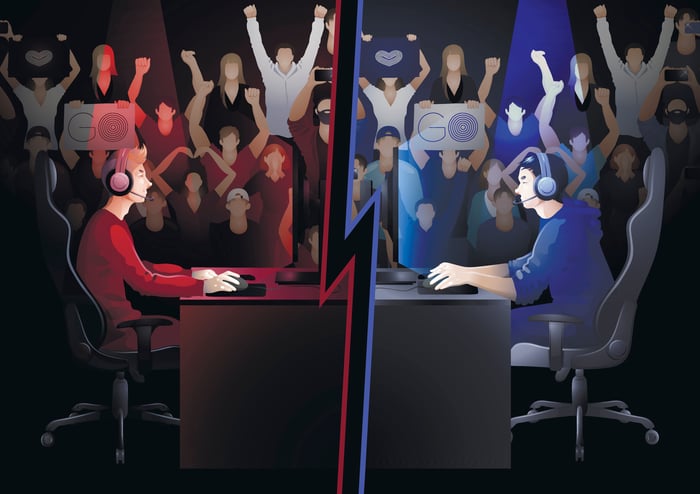 Gaming continues to be driven by the headlong growth in e-sports. The newest title, Overwatch, added 30 million gamers in its first year. [NVIDIA's] GeForce was the graphics platform of choice at all of the top e-sports tournaments, including the finals of the Big 4 international competitions.

With apologies to the start of the baseball season, e-sports is now as popular among U.S. male millennials as America's favorite pastime. More people watch gaming than HBO, Netflix, ESPN, and Hulu combined.

These are some amazing stats that Kress rattled off and point to continued robust growth for NVIDIA's computer-gaming platform. Overwatch, if you're not familiar, is an incredibly successful online multiplayer first-person shooter game that Activision Blizzard launched in May 2016. Moreover, in a bid to get in on the growing e-sports craze, Activision Blizzard announced in November that it was establishing an Overwatch League for professional competitions, which is slated to start this year.

Millennial males are a desirable demographic for marketers, since this group is large in size and young, meaning they have potentially many years of being a customer ahead. Moreover, this generation has considerable disposable income, as its members have tended to live with their parents longer than those in previous generations did. 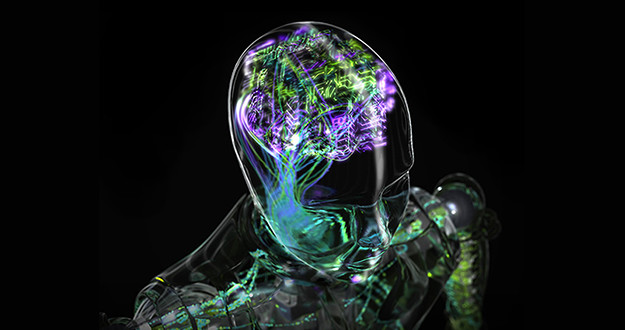 Driving [data center] growth was demand from cloud-service providers and enterprises-building training clusters for web services plus strong gains in high-performance computing, GRID graphics visualization and our DGX-1 AI supercomputer. AI has quickly emerged as the single most powerful force in technology. And at the center of AI are NVIDIA GPUs [graphics processing units].

All of the world's major Internet and cloud service providers now use NVIDIA Tesla-based GPU accelerators: AWS, Facebook, Google, IBM, and Microsoft, as well as Alibaba, Baidu, and Tencent.

Data-center revenue grew 186% from the year-ago period -- that's nearly a tripling. Kress' last sentence alone nearly guarantees NVIDIA's powerful growth going forward, in my opinion, assuming the company can maintain its competitive advantage, and we have no reason to believe it can't. To this point, NVIDIA unveiled its next-generation GPU architecture, Volta, and its first product based on it, the Tesla V100 for data centers, at its GPU Technology Conference, which followed its earnings release. The company touts that Volta "delivers over 100 teraflops per second (TFLOPS) of deep learning performance, over a 5X increase compared to prior-generation NVIDIA Pascal architecture."

The platform is firing on all cylinders, but AI is the big driver and should become an even bigger driver going forward. CEO Jen-Hsun Huang, who co-founded the company, said on the call that AI adoption is a "first-inning thing," if we use the analogy of a nine-inning baseball game.

We are continuing to expand our partnerships with companies using AI to address the complex problem of autonomous driving. Since our DRIVE PX 2 AI car platform began shipping just one year ago, more than 225 car and truck makers, suppliers, research organizations, and start-ups have begun developing with it.

NVIDIA expects its DRIVE PX 2 platform to be capable of delivering Level 3 autonomy for cars, trucks, and shuttles by the end of the year, and Level 4 autonomy by the end of 2018. (Level 3 involves a moderate amount of automation in which an automated driving system monitors the driving environment. Level 4 involves a high-level of automation and is just one step away from the fully autonomous level.)

4. Professional visualization is seeing a "significant increase" in sales of professional VR solutions

We're seeing [a] significant increase in [sales of] professional VR [virtual reality] solutions driven by Quadro P6000 GPUs. Lockheed Martin is deploying Quadro to create realistic VR walk-throughs of the U.S. Navy's most advanced ships. The Marines utilize VR to train aircrew personnel. And IKEA is rolling out VR to many of its stores, helping consumers configure their kitchens from a huge array of options, which they can visualize in sharp detail.

NVIDIA's professional visualization platform doesn't get much attention from the financial press because it's the slowest-growing platform. However, you should know that it has the potential to grow faster in the future, thanks largely to virtual reality. In the VR realm, this platform's target markets include game and application developers, and VR headset developers, among others. VR is still a relatively nascent tech, but it's poised to take off in the intermediate term -- and when it does, NVIDIA's professional visualization and gaming platforms should both enjoy big boosts.