The three retailers fell in sympathy with Abercrombie, which tumbled after it said it would no longer seek a sale. 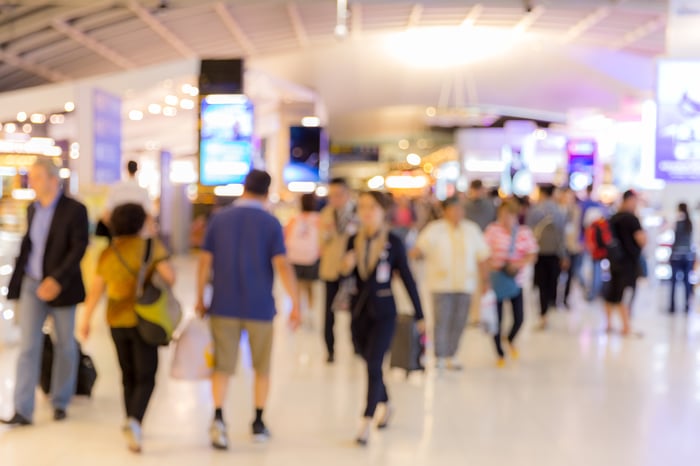 While we've seen a slew of buyouts in retail recently, including Whole Foods and Staples, apparel retailers haven't been so lucky. Teen retailer Abercrombie & Fitch's stock popped two months ago, when the company announced it would seek a buyer, but today's news that it's no longer seeking a buyout shows the lack of interest in the struggling apparel retailer, as well as in its peers.

In a statement, CEO Arthur Martinez said the company decided the best path forward was "the rigorous execution of our business plan."

There was no specific news out of Gap, Kohl's, or Macy's, but all are competitors with Abercrombie -- mid-market apparel retailers with many mall-based locations that overlap with Abercrombie and have seen traffic decline.

Like Abercrombie, all three of those retailers are facing declining sales and bottom-line pressure as consumers increasingly turn to the internet for their shopping needs.

Unlike Abercrombie, however, Gap, Kohl's, and Macy's are still profitable, but the companies' long-term future is uncertain. Macy's said it will close 68 stores, part of a downsizing plan that includes selling parts of stores in downtown areas such as Brooklyn and Chicago as it seeks to unlock value from its real estate. Gap said last November that it will shutter 65 locations, and Kohl's closed 19 locations last year, though it said earlier this year that it would rather shrink locations than close them.

Abercrombie's backing down from seeking a sale is the surest sign yet that struggling retailers can't count on having a white knight swoop in to save them. Already this year, more than 300 retailers have declared bankruptcy, including apparel companies Wet Seal, The Limited, Gymboree, Rue21, and Payless ShoeSource.

According to The Wall Street Journal, Abercrombie did receive interest from other retailers and from private-equity firms, but the company couldn't reach an agreement with a buyer, as any asking price was probably too low.

Gap, Kohl's, and Macy's are all facing their own set of challenges while being caught up in the broader "retail apocalypse." Macy's has seen sales rapidly evaporate, as comps fell 4.6% in its first quarter, while earnings per share dropped from $0.37 to $0.23 this year. The company also sees adjusted EPS falling slightly for the full year.

Kohl's, on the other hand, has managed its sales decline better, as the company has cut back on costs to grow profits. Even though comparable-store sales fell 2.7% in its most recent quarter, earnings per share increased from $0.31 to $0.39. Gross margin increased by 83 basis points, and sales, general, and administrative costs fell by 3%.

Finally, Gap saw a 2% increase in comparable sales in the first quarter, a reversal of a recent decline, as growth at Old Navy compensated for declines at Gap brand and Banana Republic.

None of the three retailers is in as bad of a situation as Abercrombie & Fitch, but today's drop shows how sensitive the retailers are to weakness elsewhere in the sector. Expect continued problems for Macy's, Gap, and Kohl's as their peers continue to struggle.