Intel has made substantial investments in graphics over the last several years, and to the company's credit, those investments have led to a tangible improvement in its graphics capabilities. 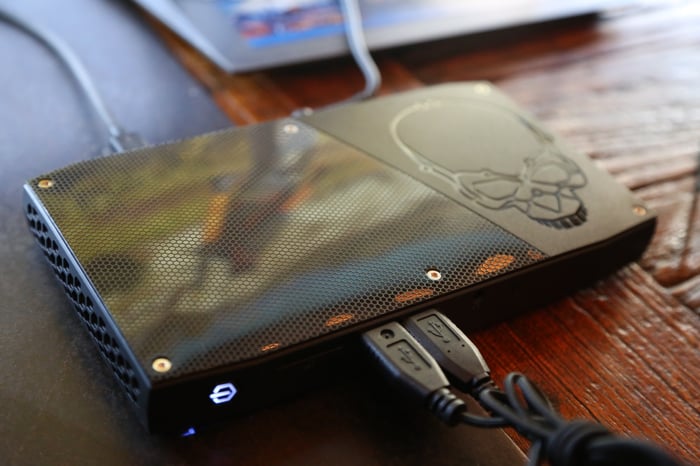 There is mounting evidence that Intel is taking graphics technology increasingly seriously as it tries to take a leadership position in virtual reality and even strengthen its position among gamers.

The latest piece of evidence of this is -- perhaps unsurprisingly -- a new job listing for a "senior graphics software engineer" in Shanghai, China.

According to the job listing, Intel's Visual and Parallel Computing Group (abbreviated VPG) "has a long-term plan to build a graphic software competency center in China."

The listing goes on to say that Intel aims to "help Intel establish its graphic brand in China and to help Intel win the adjacent market segments e.g. tablets with our Core graphic capability."

Why does Intel want to build its graphics brand in China?

It's easy to understand why Intel would want to expand its graphics technology into markets adjacent to its core personal computer business; Intel wants to sell more chips and in many computing form factors (like tablets), the performance, features, and power efficiency of the graphics subsystem of a chip is critically important.

What might be a little less obvious is why Intel would want to specifically build up its graphics brand in China.

Intel's brand name is already very well known in China, and -- just as is the case worldwide -- Intel processors (generally with integrated graphics engines, to boot) power the bulk of the personal computers sold in China.

However, I think I know why building up its graphics brand specifically is so important to Intel.

Right now, esports -- basically, competitive gaming -- is a hot industry that's only getting hotter. Per market research firm IHS Markit, China "is by far the largest market for [esports] video, accounting for 57% of all viewing last year."

"The number of video streams delivered in China totaled 11.1 billion in 2016, compared with North America, the second-largest market, with 2.7 billion video streams," IHS Markit said in a press release.

The games that are often played in these esports competitions are often quite popular with non-professional gamers. In fact, the CEO of NVIDIA (NASDAQ:NVDA) -- a company that dominates the market for gaming-specific graphics processors -- said back in May that its gaming business "continues to be driven by the headlong growth in eSports."

I suspect that Intel would like to further capitalize on the esports boom by building versions of its Core processors with higher-performance graphics processors targeted specifically at esports gamers. If that's the case, Intel's motivation for doing so would be to sell a richer mix of processor products, boosting its average selling prices, revenues, and ultimately profits.

Perhaps the continued robust growth of esports has led Intel to reevaluate its approach to processor graphics, or perhaps Iris Pro didn't necessarily "die" but was merely put on hold until Intel could build a superior technology (Iris Pro really wasn't that great).

Now, if Intel is building gaming/esports-specific chips, it can't rely on the technology -- even if it's good -- to sell itself. It needs to build its Iris/Iris Pro brands in the minds of consumers so that such customers (1)associate those brands with "good esports game performance"; and (2) are willing to pay a premium for systems with these esports-specific chips over systems without such chips.

Given Intel's shaky past in higher-end integrated graphics, building such a brand isn't going to be easy (Intel might want to ditch the Iris/Iris Pro brands altogether and cook up a new brand at this point), but based on this job listing, the company seems to be interested in doing so.

We'll see how this works out for the chipmaker in the years ahead.