I grew up playing video games, but I never found first-person shooters to be my thing, especially the online multiplayer modes that have become all the rage in recent years. My idea of a fun multiplayer experience has always been sitting on the couch with my best friend playing round after round of Nintendo's Mario Kart in battle mode.

Playing with random strangers in Activision Blizzard's (NASDAQ:ATVI) Overwatch is the first game I've played in more than 20 years that brings back that sensation from my childhood. 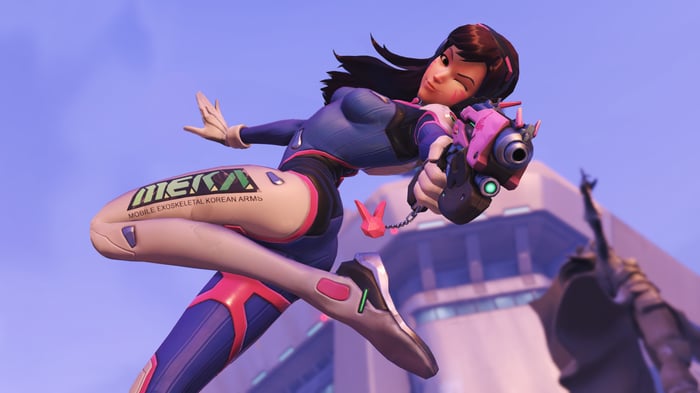 A full spoon of sugar for gamers

My Overwatch addiction started during Memorial Day weekend in late May, when I noticed Blizzard running a promotion for Overwatch. Download the game, play for free. Why not? I write a lot about video game companies, and Overwatch is a tremendously successful game. I took the plunge to find out what the fuss is all about.

The best way for me to describe Overwatch is this: If Walt Disney set out to make a first-person shooter in-house, designed specifically for the esports scene, it would be Overwatch.

Blending cartoonish style graphics with a very serious, ultra-competitive game is one stroke of brilliance in Overwatch's design. Other popular competitive shooters like Counter-Strike: Global Offensive or Playerunknown's Battleground follow the long tradition of making a first-person shooter centered around militaristic environments and combat style. Overwatch blends different genres together in a (dare I say) genius way that can appeal to adults, young teenagers, and everyone in the world, no matter your background.

Blizzard has accomplished this in spades, with the game drawing a balanced audience across East and West regions since its May 2016 launch. It's also the fastest-selling game in the company's history, reaching 30 million registered players as of the end of the first quarter. If my experience with the promotion during Memorial Day weekend is any indication, I wouldn't be surprised if the company reports at least 35 million registered players for the second quarter.

Overwatch was designed to be the definitive competitive game. It is aimed squarely at the fast-growing esports market. After playing the game, I am more convinced than ever that Overwatch League has a very promising future on the esports scene. 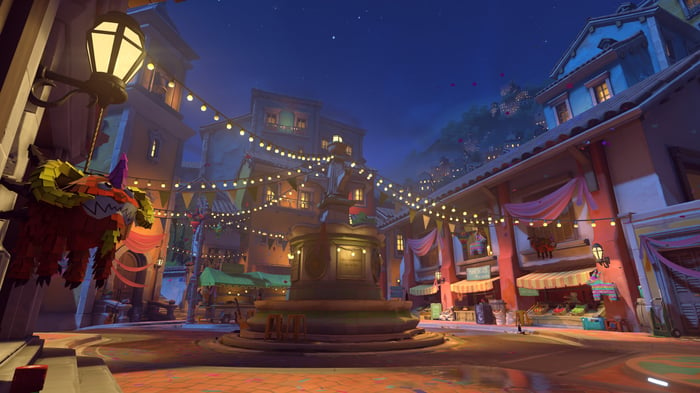 With 24 characters to choose from for each match, and each character having their own set of unique abilities, there are many variables that go into winning or losing. Making the game more strategically complex are the 19 different battle environments (maps), each designed with one of six different conditions teams must meet to win the match.

Basically, winning most map objectives boils down to having to capture something, such as escorting a captured payload to a destination point within a certain amount of time, or both teams trying to capture and defend a single point on a map. Try to imagine having to accomplish these objectives in the middle of complete chaos -- it's like Star Wars and The Avengers mixed together, with a pinch of intensity from Lone Survivor thrown in for good measure.

The average match is about seven minutes long. This is great for adults who work full time. It's late afternoon or evening. You've got everything done for the day, and you have 30 minutes of quick downtime. It's very easy to fire up your preferred gaming platform and squeeze in two or three matches, just like that. Now, if you're like me, you might need a few hours to calm down, but it's worth it.

Overwatch will be around for a long time

Blizzard is making things more interesting over time by trickling out additional characters and maps. The game's strategy was already complex enough when it launched. But with more characters and maps coming out, and, potentially, other game modes, there's an infinite number of variations Blizzard can make with this game long into the future.

The way I see it, this game is a true gold mine for Activision Blizzard. The player base is still showing signs of growth, which will help increase demand for in-game spending on additional content, as well as provide a growing installed base of future stars for Overwatch League.