Last month, the Federal Reserve released the results of its stress tests for the country's largest financials. Crucially for income investors that like the financial sector, the second of the tests' two parts is the Comprehensive Capital Analysis and Review, in which the Fed approves (or not) banks' capital allocation plans.

Nearly every one of the 34 companies under review had their stock buyback and dividend raise proposals approved. Here we'll focus on the latter, taking a brief look at the planned distributions from the independent, publicly traded companies that were tested. 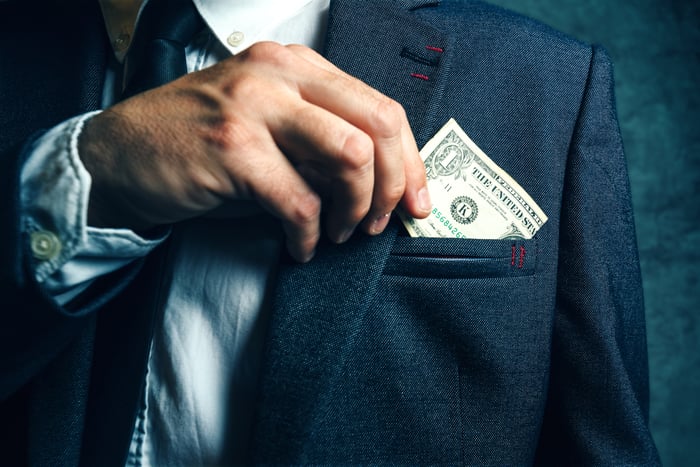 Of the quartet, Citigroup's planned raise -- which will double the existing quarterly payout, to $0.32 per share -- was the highest. But then again, Citigroup has the most ground to recover. It had amongst the most serious problems during last decade's financial crisis: In less than two years, it had to eviscerate its payout from $5.20 per share to $0.01.

The dynamic is similar with Bank of America, although neither the proposed 60% raise nor the crisis-era dividend chop is as drastic as Citigroup's. JPMorgan Chase and Wells Fargo got through those bad years in relatively better shape.

These lenders were more modest than Citigroup and Bank of America in their capital allocation plans. Regardless, nearly all intend to enhance their dividends.

There weren't many shocks or surprises among this bunch, but we should note a development or two. Southwestern lender SunTrust Banks' 54% increase is pushing its theoretical yield to nearly 3%. Meanwhile, Rust Belt peer Huntington Bancshares -- already notable for its relatively generous dividend -- exceeds that level with the proposed $0.03-per-share bump in its payout.

Although not traditional banking companies, credit card operators American Express and Discover Financial Services are close enough to be included in the Fed's annual review. Neither company is renowned for its dividend, so it's not surprising that their proposed raises aren't enormous.

Meanwhile, Capital One (NYSE:COF) was the only company out of the 34 tested that the Fed required to resubmit its capital allocation plans. That new submission is pending.

Of the specialty lenders, Ally Financial -- diversifying from its core vehicle auto-financing business -- intends to boost its dividend by an impressive 50%. Peer Santander Consumer USA is confident enough to bring back its payout, although neither its amount nor yield is anything to scream about.

Investment bank Morgan Stanley is adding a nickel to its payout. Its longtime rival Goldman Sachs hasn't yet revealed the specifics of either its dividend raise or share-buyback program.

All companies did very well in this year's stress tests. It was no wonder some of their stocks rose nicely after the results were released. Although the sturdy fundamentals displayed by most of the 34 was, in my opinion, the key reason, the wave of increased dividends certainly didn't hurt. Income investors have plenty of reason to cheer the news.

Pssst...Your Bank Is About to Raise Its Dividend! @themotleyfool #stocks $C $COF Next Article
Current