Please ensure Javascript is enabled for purposes of website accessibility
Log In Help Join The Motley Fool
Free Article Join Over 1 Million Premium Members And Get More In-Depth Stock Guidance and Research
By Matthew Frankel, CFP® - Jul 13, 2017 at 8:02AM

Here's why there could be good times ahead for Welltower's shareholders.

Healthcare real estate investment trust (REIT) Welltower (WELL 1.80%) has delivered excellent returns for shareholders over its 46-year history. However, like most other REITs, Welltower's stock price has lagged the overall market over the past year or so, down 3.6% while the S&P 500 is up 14.1%.

However, I believe the underperformance could be short-lived. Here are three things that could cause Welltower's stock price to rise. 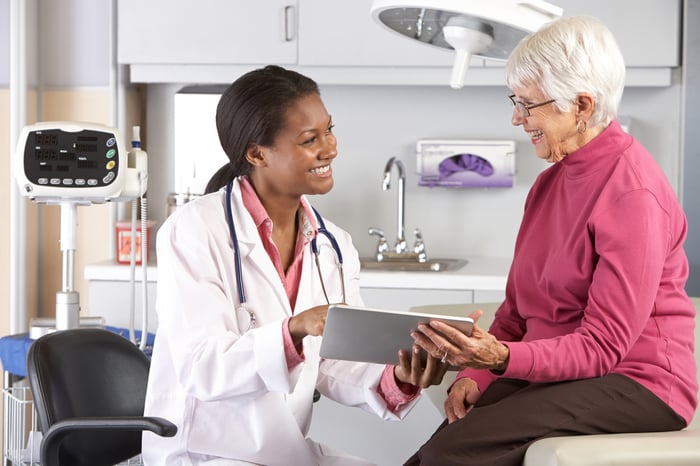 At the end of the first quarter of 2017, 70% of Welltower's portfolio is made up of senior housing properties, including net-leased properties as well as operating partnerships.

The senior citizen population in the United States is growing and is projected to keep expanding over the coming decades. In the U.S., the 65-and-older population is expected to roughly double by 2050, and the 85-plus age group is growing even faster.

This helps Welltower's senior housing business for obvious reasons, but it could also be a major tailwind to the company's outpatient medical and long-term/post-acute care portfolios, since senior citizens spend significantly more on healthcare than younger age groups do.

Healthcare real estate is currently a $1.1 trillion industry, as I mentioned, but the vast majority of the current inventory is not owned by REITs. According to fellow healthcare REIT Ventas, 15% or less of all healthcare real estate is REIT-owned, as compared with 40% to 50% of shopping malls and 50% to 55% of hotels. The hotel industry in particular has done an excellent job of separating real estate from the operating business, and a similar trend could unfold in healthcare over the coming decades.

Generally speaking, the largest players in an industry have an advantage when consolidation is taking place. That means companies such as Welltower, Ventas, and HCP could all benefit tremendously as REITs acquire existing properties. And keep in mind that this opportunity is in addition to the expected growth over the coming decades.

There is a particularly strong opportunity in outpatient medical facilities, which is Welltower's second largest property type, and makes up nearly 40% of all existing healthcare real estate. Consider that 82% of these properties are currently owned by the physicians or health systems that occupy them, with another 8% owned by private investors. Only 10% are owned by REITs.

Interest-rate increases could slow down

If you follow the financial news, you know that the Federal Reserve has begun raising interest rates. Since late 2015, the Fed has increased the target federal funds rate from 0%-0.25% to 1.00%-1.25%. 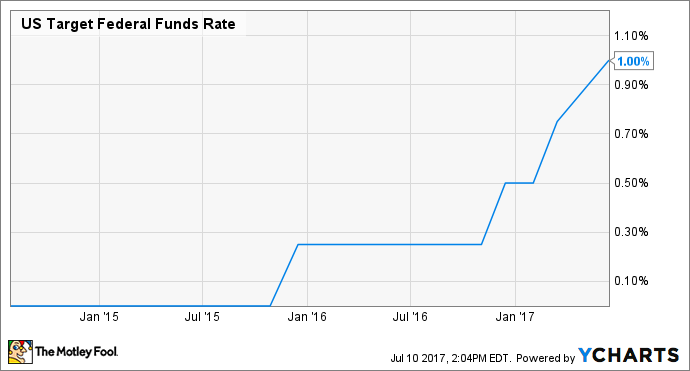 Generally speaking, rising interest rates are a negative catalyst for REITs. Not only does the cost of capital for acquiring new properties increase, but rising rates also tend to put downward pressure on high-yielding investments and can cause REIT shares to drop. In fact, the acceleration of the rate increases is a big reason REITs have underperformed the market over the past year or so.

However, since the Fed's forecast is widely known information, it's safe to say the expected rate increases are somewhat priced into the stocks. Therefore, if the Fed is forced to slow down its interest-rate increases, it could be a positive catalyst for REITs over the next few years.