Since getting spun off from Yum! Brands (NYSE:YUM) in late 2016, Yum China (NYSE:YUMC) stock has returned over 30%. Though it is already China's biggest restaurant group, the company looks like it has more room to run.

After years of struggling to grow its Chinese business, Yum! Brands decided to spin it off into a separate entity. Yum China, which owns sole rights to KFC, Pizza Hut, and Taco Bell in the world's most populous country, has been doing much better all on its own thus far. 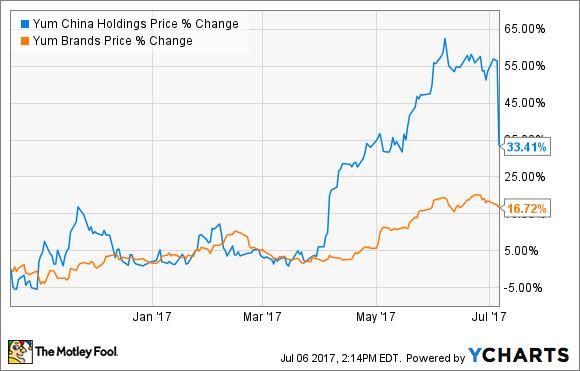 The argument for the spinoff was that allowing the business the freedom to operate all on its own would unlock value for shareholders. Management now has the latitude to make decisions tailored specifically to the Chinese market -- things like customizing the menu to local tastes, better marketing to Chinese consumers, and flexible decision-making without the extra oversight from Yum! Brands' sprawling global enterprise.

So far, so good. In the first two quarters of 2017, Yum China's operating profit has increased 34% through tighter control over costs, and comparable-restaurant sales were up 3% during the last quarter.

The decision to separate Yum China hasn't gone unnoticed by competitors. While not a full spinoff like Yum! Brands, McDonald's (NYSE:MCD) sold 80% of its Chinese business to franchisees in a similar bid to promote growth and improve decision-making in the big Chinese market.

Going where the people are

China's middle class is quickly approaching 50% of the population, and the race to capture that market share is heating up. KFC and Pizza Hut are the current leaders, with over 7,600 locations (compared to McDonald's 2,600-plus). The burger chain plans on building another 1,000 to play catch-up. How does such a big enterprise like Yum China grow and stave off the competition? 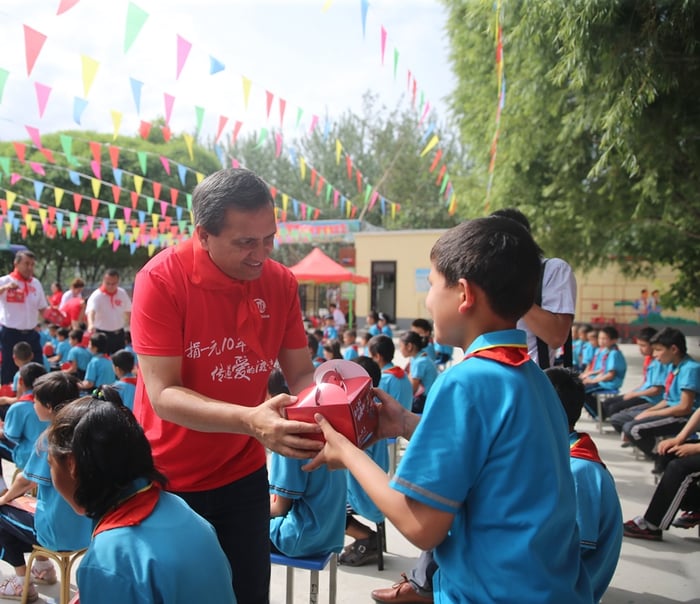 Expanding delivery services has been identified by management as the key. While the Chinese consumer's insatiable appetite for fast food parallels the American consumer's, the way that food is consumed is a little different. Over half of China's population lives in densely populated cities and more are moving in by the millions every year. Because of tight living quarters, not everyone has their own car. So while the average American might grab a quick meal at the drive-thru, getting food delivered is far more important in China.

In response, Yum China announced back in May the purchase of a controlling interest in Daojia, a leader in online delivery of high-end food orders. As of the last quarter, 13% of sales were delivery and 4,900 locations offered delivery services. Management sees both numbers increasing in the years to come.

Though second-quarter results were in line with expectations, Wall Street was apparently hoping for more, and the stock dropped over 10%. However, for the balance of 2017, management sees operating profits continuing to rise by double digits and total new restaurants totaling as many as 600.

With even more of China's population moving to the city and the middle class getting its hands on more discretionary money, fast food has more runway ahead of it. Yum China has lots of future potential and management's outlook remains positive. Investors who believe the Chinese consumer will eat more fast food in the years ahead should consider Yum China.