Please ensure Javascript is enabled for purposes of website accessibility
Log In Help Join The Motley Fool
Free Article Join Over 1 Million Premium Members And Get More In-Depth Stock Guidance and Research
By Rick Munarriz - Jul 13, 2017 at 11:53AM

Snapchat's parent is officially a broken IPO, but one analyst is changing his tune.

It's been a memorable week for Snap, Inc. (SNAP 3.43%) investors, but we're not talking about good memories. Shares of Snapchat's parent company buckled below their $17 IPO price in the waning moments of Monday's trading day, officially becoming a broken IPO. Snap stock has stayed below $17 ever since.

Analysts -- even some that played an underwriting role in its market debut four months ago -- have been putting out cautious notes recently. The shares have moved lower for eight consecutive trading days, sliding 15% in the process. Wall Street pros have been generally souring on Snap as an investment for growth investors in recent weeks, and the sliding stock chart bears that out. However, Snap did receive an analyst upgrade on Thursday morning. The encouraging turn comes a day after another analysts offered up Snap's fall as a buying opportunity. It's still gray out there, but there are some sparks of optimism. 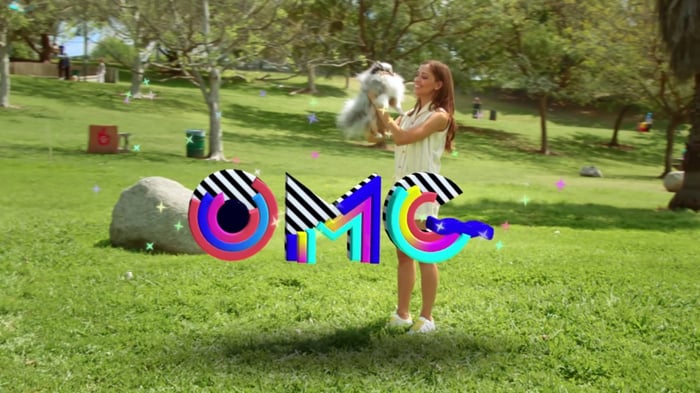 Scott Devitt at Stifel is upgrading Snap, taking his rating from hold to buy. He is lowering his original price target of $24 set back in late March to $22, but that represents a beefy 44% of upside off of Wednesday's close.

Devitt feels that the digital photo- and video-clip-sharing specialist offers a buying an opportunity at current levels. The stock has been tumbling since shortly after its early March IPO. The hype began to fade after the initial pop, but Snap didn't help its chances by falling short of Wall Street's revenue targets in its poorly received first quarter. Facebook's (META -0.91%) Instagram overtaking Snapchat in active users and concerns about the lock-up expiration that looms later this month have only added fuel to the fire sale.

Some of the more bearish analyst takes in recent weeks point to near-term risks to Snap's revenue-generating daily active users, but Devitt feels that those concerns are exaggerated. He points out that recent Snapchat app downloading trends have been encouraging.

The news wasn't all positive for Snap on Thursday. Samuel Kemp at Piper Jaffray slashed his price target from $20 to $16.50, concerned about the success that Facebook's Instagram has been having in terms of user engagement. However, Devitt's upgrade was clearly the stronger message given Snap's higher open on Thursday morning.

Devitt's upgrade comes a day after Ross Sandler at Barclays -- while still neutral on the shares -- suggested that fears of pre-IPO investors dumping the stock following this month's lock-up expiration are creating an opportunity. He suggests that waiting until next month may be the best time to buy into Snap, but at least he's upbeat about its near-term prospects. We'll have to wait until August 10 for Snap to update its financial standing when it reports its second-quarter results, but it's nice to know that not every Wall Street pro has turned bearish.