It's not always a good idea to blindly copy other investors' moves, but looking at where billionaires have their money can be a great place to find ideas. With that in mind, we asked three of our contributing investors to suggest a stock owned by a super-successful billionaire investor that also makes sense for a retiree's portfolio. They chose defensive investment Berkshire Hathaway (NYSE:BRK.A) (NYSE:BRK.B), a gold stock with a surprisingly long streak of dividend growth in Franco Nevada Corp (TSX:FNV), and an unexpected growth play on a very big trend in Paypal Holdings Inc (NASDAQ:PYPL). 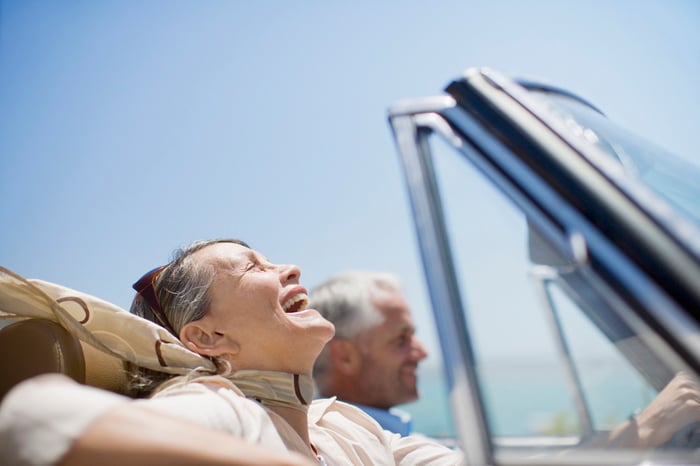 This legendary billionaire's stock is ideal for retirees

Jason Hall (Berkshire Hathaway): Super-investor Warren Buffett -- who's well into retirement age -- has been one of the best capital allocators ever. His investing moves have built immense wealth for himself and countless others over the past five decades. Even though Buffett's in his golden years and it's just a matter of time before someone else will run the company, Berkshire is still a wonderful company and investment.

What makes Berkshire ideal for retirees? First, it's a collection of great businesses, nearly all driven by strong cultures and a deep bench of high-quality leaders. Second, it's largely made up of the kinds of businesses that tend to do just fine when the economy struggles, such as insurance, utility, and packaged foods.

This should make for an excellent "defensive" investment -- but that doesn't mean its prospects for growth are nil. Berkshire remains an absolute cash cow, and Warren Buffett, along with investing partners Ted Weschler and Todd Combs, know how to reinvest that capital to expand Berkshire's profits. A recent deal to buy a Texas-based power-transmission company for $9 billion is exemplary of how Berkshire is likely to expand its cash flows in the future.

This could result in slower growth versus the market in strong periods. By expanding its assets that do well in all economic cycles, however, Berkshire is an ideal way for retirees to stay invested in stocks in a more recession-resistant way.

A gold stock a billionaire could love

Reuben Gregg Brewer (Franco Nevada Corp): If you're retired, you might want to pay attention to Bridgewater Associates' Ray Dalio. This billionaire is increasingly worried about uncertainty because of President Trump. Dalio explains that, "When faced with the choices between what's good for the whole and what's good for the part, and between harmony and conflict, he has a strong tendency to choose the part and conflict." That increases the risk of market dislocations, which Dalio is hedging against by purchasing gold stocks.

One of those gold stocks is Franco-Nevada. But this isn't just any old gold stock: Franco-Nevada is a streaming company. What this means is that Franco-Nevada gives miners money up front in return for the right to buy precious metals, like gold and silver, at reduced rates in the future.

It's an interesting business model that changes the way you should think about Franco-Nevada. It's probably best to view the company as a portfolio -- it has investments in over 330 assets across the globe. It's also worth noting that the company has no debt, adding another layer of safety to the stock. 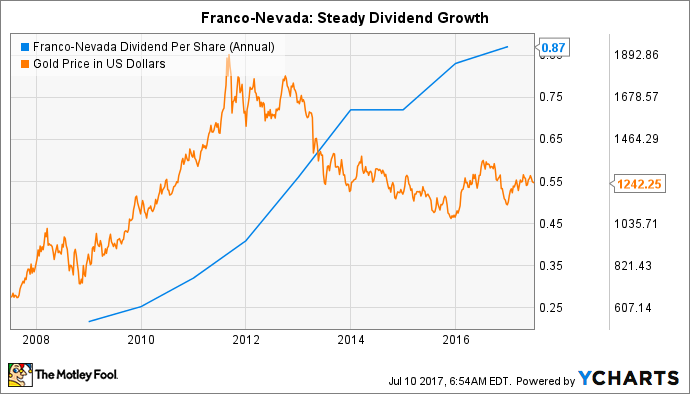 What really makes Franco-Nevada stand out for retirees, however, is its record of 10 consecutive years of annual dividend hikes. The 1.3% yield may not excite you, but knowing that this gold investment kept increasing its dividend -- even while gold prices were falling -- should make it a lot easier for you to add a little gold for diversification. After all, if you're retired, a little protection can go a long way to helping you sleep at night. And with Franco-Nevada on billionaire Dalio's short list, you might want to put it on yours, too.

This billionaire is betting on the future of payments

Neha Chamaria (PayPal Holdings): As its already popular digital wallet connects more and more customers and merchants worldwide, PayPal Holdings is well poised to be among the biggest beneficiaries as the world increasingly goes cashless and shifts toward digital payments. That's why I believe billionaire George Soros' investment in PayPal, even if it's just a tiny percentage of his total holdings, deserves every retiree's attention.

PayPal is growing at a torrid pace. Year over year during its first quarter, Paypal's active customer base account grew 11%, to 203 million, transactions per account rose 12%, and revenues surged 19%. In FY2016, PayPal generated $10.8 billion in revenue and nearly 1.8 times net income in free cash flow.

The company is also making big waves in mobile e-commerce, facilitating mobile payments worth more than $100 billion in 2016, thanks largely to its One Touch program. Meanwhile, PayPal's peer-to-peer social-payments platform Venmo is gathering steam as management actively looks for more ways to monetize it.

If, by any chance, you believe that online payments won't take off nearly as fast, rest assured that PayPal is making its presence felt in the offline world, as well. It recently signed deals with major credit card and payments processing companies to facilitate in-store payments.

All in all, PayPal is firing on all cylinders and is one of the best ways to play the digital revolution. For retirees, owning a stock that's riding the wave of future trends, while growing rapidly, is undoubtedly a great way to build wealth -- especially when the company in question is already a leader in its industry.