The global pizza delivery chain is headed for another strong year.

Domino's Pizza Inc. (DPZ 2.23%) has been one of the best-performing stocks since the recession and that streak has continued into 2017. According to data from S&P Global Market Intelligence, the stock has gained 31% thus far this year. 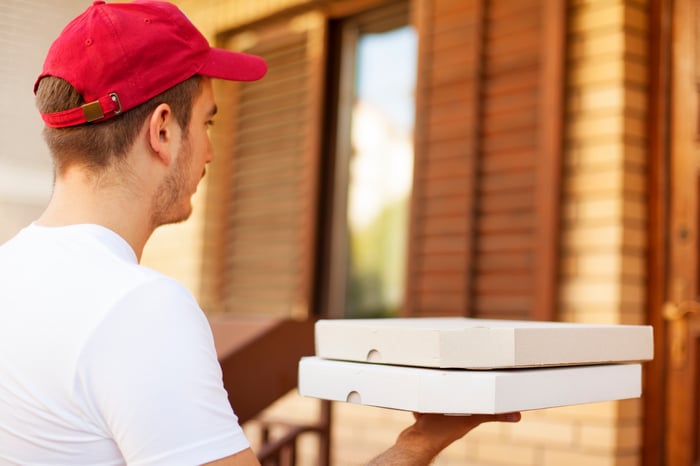 As the chart below shows, the gains came in two spells: one in the beginning of the year and another in the spring. 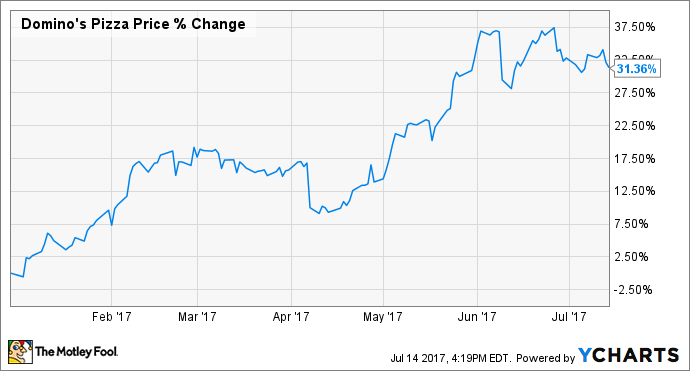 The pizza delivery leader came into the year with momentum from 2016 after gaining 43% last year. While there was little news out on Domino's in the first two months of the year, the stock seemed to climb alongside the S&P 500, which gained more than 7% in the first two months on enthusiasm for the Trump agenda. As a company dependent on discretionary spending, Domino's stands to benefit from continued economic growth.

Shares fell 6% in a single session in April based on a research report that indicated first-quarter weakness. That proved to be wrong, however, as the pizza giant again posted strong growth in the first quarter. Domestic comps were up 10.2%, and EPS jumped 42% to $1.26. The stock gained 2.5% on the news, and began rallying to nearly $220 over the following weeks.

Domino's has been an undeniable success story for investors, and its double-digit domestic comp growth is the envy of the restaurant industry, especially at a time when industrywide comps have been falling due to the "restaurant recession." The company's delivery model benefits from the "stay-at-home" economy, and it has ample opportunity to expand abroad as the pizza delivery concept has been proven around the world. As long as comparable sales keep flying higher, I'd expect the stock to outperform.