In a year where the first-person shooter genre saw several big releases, Activision Blizzard's (NASDAQ:ATVI) Overwatch stood out, receiving over 100 "Game of the Year" awards for 2016.

Overwatch does a masterful job of fusing cultures from all over the world, which has helped the game reach a balanced player base from Asia-Pacific regions to the Americas. In one match, players might battle in a snowy, mountain village in Nepal, while players in the next will duke it out in a Spanish-themed, festive town square at nighttime. It definitely helps Overwatch stand out from the military-based shooters that have flooded the market in the past. 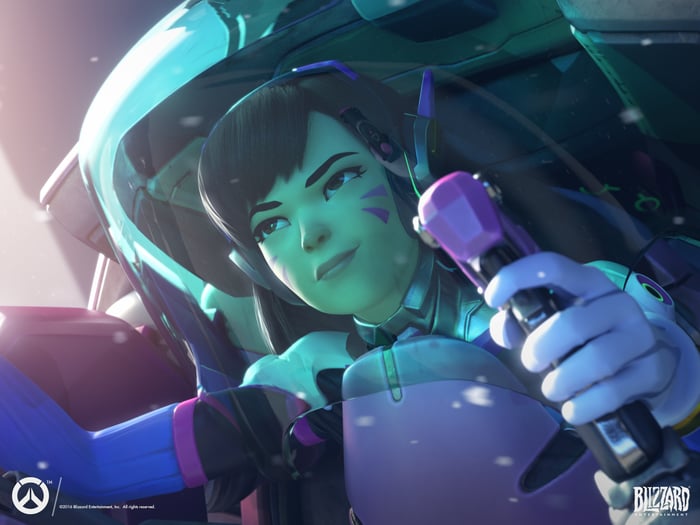 Overwatch has an array of colorful characters that gives the game an inviting look. Image source: Activision Blizzard.

Overwatch was released in May 2016 and continued to drive growth for the Blizzard side of Activision through the first quarter of 2017. Segment revenue for Blizzard alone in the first quarter increased 50% year over year to $441 million, and operating income nearly doubled to $166 million, all driven primarily by the growth of Overwatch.

Overwatch has also helped Blizzard reach higher player engagement levels. Prior to Overwatch's release, Blizzard's monthly active users (MAUs) were sitting at 26 million. By the end of the third quarter in 2016, MAUs had soared to over 40 million, where the figure still stands.

Driving these strong results is a unique, accessible game for the casual player, and a strong network effect based on the game's appeal to the esports community in which video gaming becomes a spectator sport.

Overwatch stands out among a crowd of lookalikes 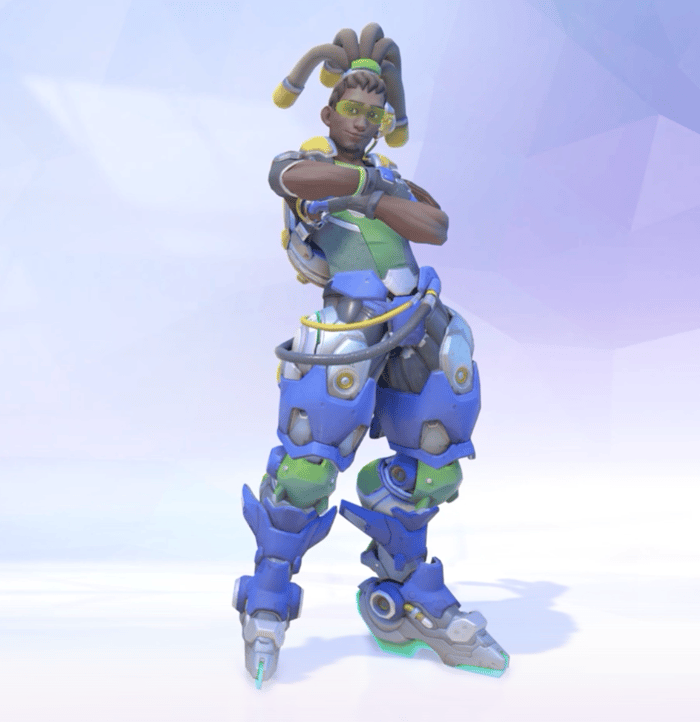 Overwatch is gaining a lot of interest from gamers due to it being a first-person shooter -- one of the most popular genres in gaming. While the gaming market is crowded with military-based shooters, like Activision's own Call of Duty or Electronic Arts' Battlefield, Overwatch provides something fresh and unique with a cartoonish presentation, blending real-world, science-fiction, and fantasy elements in exhilarating fashion.

This playful new franchise should give Activision Blizzard many opportunities to grow the Overwatch brand beyond gaming. Comic book stories have already been made available, but there's much more potential than comic books. The game maker recently set up Activision Blizzard Studios to create movies and TV shows based on its vast library of characters from its game franchises. It's currently working on an ambitious Marvel-like Call of Duty universe for the silver screen, and I believe it's only a matter of time before we start hearing something similar in the works for Overwatch.

Overwatch is accessible for the casual gamer

The game offers plenty of challenge for the serious gamer, but also everything a casual gamer would want. The game's controls are very easy to learn and Overwatch provides plenty of different ways to quickly master the controls for any of the game's 24 different characters, from easy-to-digest menus to different game modes to teach players the basics before heading to competitive play.

The social component of the game might be its most important one. Overwatch is a very popular game on streaming sites like Amazon.com's Twitch.tv, where millions of viewers watch others stream their gameplay.

Every time I check Twitch.tv's most-streamed games list, Overwatch is always somewhere in the top 10, and usually in the top five. When you have a game that is fun to play, because there are so many different variables that go into winning or losing, it's also going to be fun to watch others play -- just like a traditional sport.

I believe this is part of the reason why gamers continue to flock to Overwatch. Overwatch gained an additional 5 million registered players in the first quarter of 2017, bringing the total to 30 million at the end of March. There is a network effect competitive advantage built into a game like this. As more gamers see others playing Overwatch on social media sites like Twitch.tv, the more they want to try it out, too.

Many ways to grow the franchise

With a massive and growing player base, there's a large pool of varying skill levels and play styles to make every match interesting. It all but guarantees no two matches will play out exactly the same way. Overwatch is a very dynamic game that should keep players engaged for a long time, as well as open up additional growth opportunities for Activision Blizzard via potential movie or TV shows, as well as consumer products.