Companies like to sell gift cards, but they love it when those gift cards aren't used.

Together, Chipotle Mexican Grill (NYSE:CMG), Starbucks (NASDAQ:SBUX), and Barnes & Noble (NYSE:BKS) collected more than $99 million in income last year from so-called gift card "breakage," or gift card balances that are very unlikely to ever be redeemed.

Here's why gift cards are an important source of financing and profit for these three companies.

The burrito chain last reported that customers had $59.4 million of value on outstanding gift cards, but it's likely that most will be redeemed. Chipotle notes in its annual report that it "has determined that 4% of gift card sales will not be redeemed" on average.

For Chipotle, unused gift cards added $3.6 million to pre-tax profit last year. Small as that may sound, Chipotle's disclosure gives us a clear view into why retailers and restaurants love selling gift cards. When the company sells a $25 gift card, the end user will fail to use about $1, on average. The breakage is booked into revenue with virtually zero offsetting expense.

At $59.4 million, Chipotle customers could redeem their gift cards for about 30.5 million servings of guacamole at the current price of $1.95 each. That's no small amount of money. From paper cups to cuts of chicken, its inventory stands at about one-third of its gift card liabilities. Chipotle's customers are, in effect, a very important source of financing. 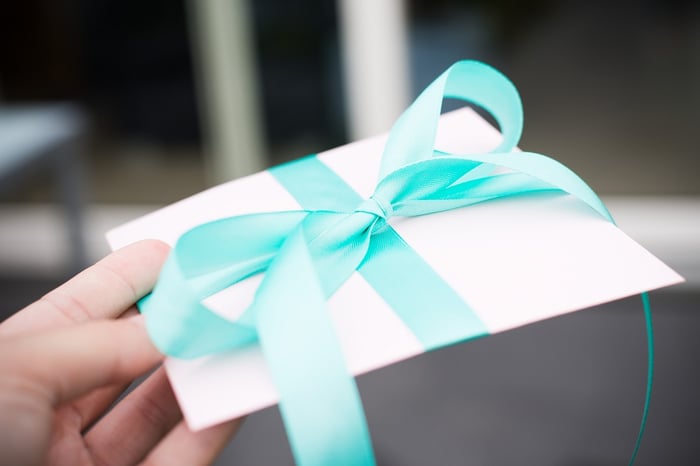 The bank of Starbucks

The Seattle-based coffee company is the king of gift card sales -- seriously. As of its most recent quarterly filing, Starbucks' customers carried balances of $1.34 billion on its gift cards, nearly 23 times more than Chipotle's outstanding balances. If Starbucks were a bank, its gift card balances would put it among the top 10% by assets.

Starbucks cards are very likely to be redeemed, but even small amounts of breakage on a percentage basis add up to huge sums of incremental earnings. Starbucks recognized $60.5 million of breakage income in just the last year, an astonishing amount of virtually expense-free revenue.

The next time you go to Starbucks, take a look around. From the coffee mugs on the shelves to the pastries behind the counter, gift card balances effectively finance every single item of inventory in every single company-owned Starbucks around the world.

More so than with other restaurants and retailers, gift cards also help Starbucks dodge costly credit card fees: MarketWatch estimated that Starbucks could pay as much as $0.25 in fees on the sale of a $2.75 cup of coffee. Because credit card fees typically include a fixed-fee component that does not increase with the size of the transaction, Starbucks prefers its customers buy multiuse gift cards rather than making several smaller purchases with a credit card. For this reason, gift cards are an integral part of Starbucks' loyalty program. What it saves in processing fees can be used to incentivize repeat visits, a win-win for the world's largest coffee chain.

As its brick-and-mortar bookstores struggle with sales moving online, gift cards are Barnes & Noble's saving grace. In its most recent fiscal year, Barnes & Noble earned $35.5 million from unused gift cards, equal to 65% of its operating profit.

Of the companies on this list, Barnes & Noble's customers appear to be the least likely to actually use gift cards that are given to them. The company's earnings from breakage amounted to approximately 10% of gift cards outstanding at the end of the fiscal year. Put in perspective: Barnes & Noble made about as much from unused gift cards ($35.5 million) as it lost from its Nook operations ($36.4 million) in the last year.

Like Starbucks, Barnes & Noble relies on gift cards to help finance inventory in its warehouses and on store shelves. In fact, customers are its second most important lender. It recently reported owing its suppliers about $474 million. It owes its customers $351 million from gift card balances that have yet to be redeemed.

In the U.S., the 2009 CARD Act created new protections for gift card recipients, requiring that gift cards remain valid for at least five years, and outlawing inactivity fees during the first 12 months after issuance. While those rules reduced gift-card-related income for many restaurants and retail chains, the increase in gift card sales is rapidly making up for lost profits.

Data from Mercator Advisory Group suggests that $176 billion worth of gift cards were handed out in 2015 alone, most of which were sold to consumers for gift-giving. If even 2% go unused -- half the breakage rate at Chipotle -- gift card issuers would stand to collect as much as $3.5 billion from unused cards each year.