Facebook's (META -0.71%) Oculus is reportedly planning to release a stand-alone virtual reality device next year to retail for just $200. The goal is to push VR into the mainstream.

Virtual reality has been a niche product for the better part of 30 years, but Facebook CEO Mark Zuckerberg made a big bet that VR is going to be the next big computing platform when his company bought Oculus for $2 billion in 2014.

Oculus released its first consumer product, the Rift, last year. While the device is relatively affordable, it requires users to hook it up to an expensive PC to run software. Meanwhile, low-cost devices that license Oculus technology, like Samsung's (NASDAQOTH: SSNLF) Gear VR, require a high-end smartphone. The new device will find a happy middle ground in terms of both capabilities and price. That may be just what the market needs for mass consumer adoption. 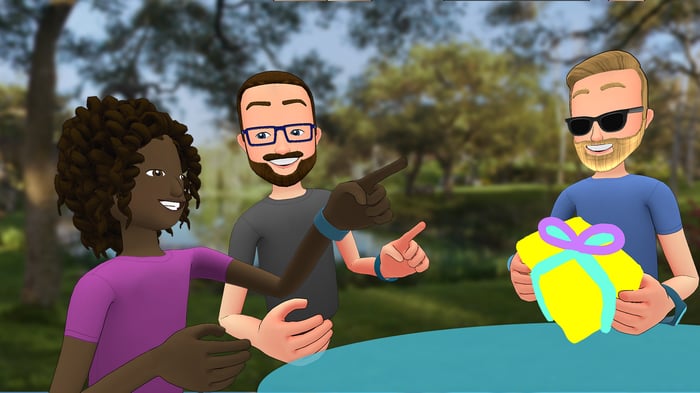 Earlier this year, Mark Zuckerberg stated, "It's going to take five or 10 more years of development before we get to where we all want to go." Considering, the new Oculus device will have limited capabilities -- for example, no positional tracking -- it's just another step for the company in its push toward making VR the next big computing platform.

Other consumer electronic companies are following suit. Samsung is reportedly planning its own stand-alone headset as well, which will rely on Oculus technology. Other players like HTC and Lenovo are working on similar devices using Google's Daydream platform.

But Zuckerberg would compare these upcoming devices to early smartphones like those from Blackberry or Palm circa 2003. In other words, it's still very early and it could be another five years or more before we see a device that sparks mass interest in the platform. Zuckerberg points out it took 10 years for the smartphone market to sell 1 billion devices.

"I don't know [if] there was something that folks could have done to make that happen fast, but I think that was pretty good. And if we can be on a similar trajectory of anywhere near 10 years for VR and AR, then I would feel very good about that," Zuckerberg said during Facebook's fourth quarter earnings call earlier this year. "We're going to invest a lot in this and it's not going to return or be really profitable for us for quite a while," he added.

One big hurdle for virtual reality to overcome is a lack of content. That could be anything from immersive video content to video games. The problem is it's hard for top video game studios to create games for the platform before a mass audience exists.

To that end, Facebook has committed $250 million to new VR content. Most of that money will go toward software -- like the Facebook Spaces app the company unveiled during its F8 developers conference this spring -- and video games.

The new stand-alone device could help build a sizable enough audience that Facebook would no longer have to seed the content ecosystem. VR projects would be viable of their own accord, and game studios and software developers could start investing their time and money in projects for both high-end and low-end devices.

There's a ton of interest in virtual reality right now from a development side, but consumer demand hasn't quite taken off. We may still be a few years away from that, and Facebook will likely continue to lose money on its VR investments, but a stand-alone device with a broader reach than current devices have may be a key step to getting to where Facebook wants to go.