The global tablet market has contracted annually for 10 straight quarters, according to IDC. Total shipments fell 8.5% year over year to 36.2 million units during the first quarter, due to long upgrade cycles and the rise of phablets and convertible laptops. Five companies lead the global tablet market: Apple (NASDAQ:AAPL), Samsung, Huawei, Amazon (NASDAQ:AMZN), and Lenovo. 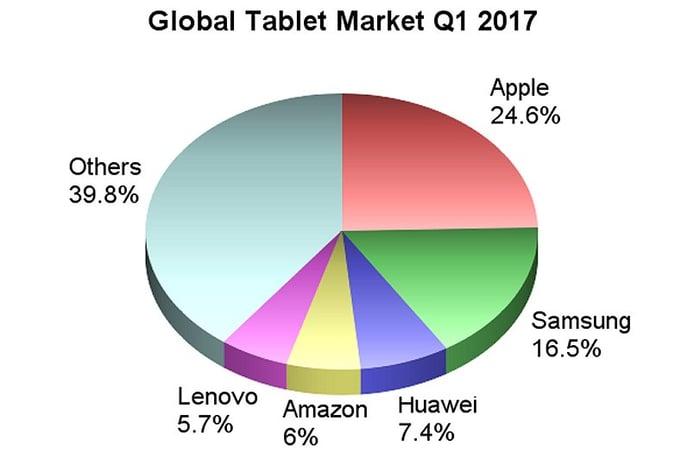 The only company to post growth during the quarter was Huawei, which grew its shipments by nearly 32%. IDC attributes that growth to a strategic shift from Android slate tablets toward Windows devices with detachable keyboards.

Apple posted a 13% decline as iPad users postponed upgrades. However, IDC notes that the iPad Pro is offsetting some of those declines as demand for devices with detachable keyboards rises.