The international snack giant hasn't done much lately for its investors.

The food business hasn't been the most glamorous part of the market, and for years, food companies languished with quiet businesses that produced only modest returns. The decision for the company formerly known as Kraft Foods to break up its business into two parts turned out to be a catalyst to spur growth, and for global snack food specialist Mondelez International (MDLZ 0.27%), independence gave its shareholders a chance finally to see more substantial gains in the stock. Yet after a few years of gains, Mondelez has stalled out, and that has some investors worrying about the company's future.

What the Mondelez/Kraft spinoff did

Mondelez came to be as a result of a name change announced as part of the decision to break into two parts. The North American grocery division kept the Kraft name, while Mondelez was a made-up word that the company hoped would make people think of "delicious products."

Specifically, Mondelez received key global brands like Nabisco, Cadbury, Oreo, and Trident. Kraft kept its namesake macaroni and cheese brand line, along with Velveeta, Capri Sun, Oscar Mayer, and Jell-O. At the time, the North American region was seen as a slow-growth area for food and snacks. Emerging markets had done extremely well, and the idea behind the split had been to give Mondelez the freedom to make the most of its international opportunities.

Kraft came out of the gates faster than Mondelez did, which surprised many investors. Rising competition challenged its market share in key emerging markets, and weaker economic conditions in regions like Europe led to price reductions and other profit-cutting concessions. Kraft was able to use its new status to make some valuable strategic changes, but the tough environment didn't give Mondelez the same latitude at first.

How Mondelez has done on its own

Over the ensuing years, Mondelez gained some momentum. The European market played a key role for the company in 2013 and 2014, with revenue climbing back to and then above their previous highs before the Kraft spinoff.

Mondelez wasn't able to keep shareholders excited about the stock with its subsequent financial performance. After reaching nearly $15.8 billion in 2014, European sales plunged over the ensuing two years. In 2016, the region had just $9.76 billion in revenue, and pre-tax operating profit fell by more than a third as well. The stock has languished, essentially making no headway even in a strong bull market for stocks more broadly. 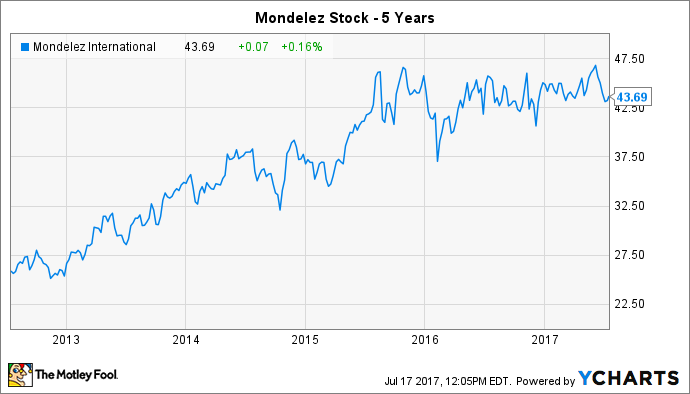 Some of the problem has come from strategic efforts that haven't panned out. For instance, Mondelez sought to buy out chocolate maker Hershey (HSY -0.34%) in a deal that would have brought together two of the global giants in the chocolate industry. Hershey, which is controlled by a trust that the founding family originally established, rejected the bid, and that left Mondelez having to come up with a competitive strategy aimed at using the power of its Cadbury and Milka brands to build global share.

Macroeconomic factors have also weighed on Mondelez. The strength of the U.S. dollar has made the foreign-currency revenue that Mondelez brings in worth a smaller amount of U.S. currency, and that has a direct impact on the company's financial results. Those impacts have started to reverse themselves in 2017, and bullish investors are hopeful that Mondelez could therefore start to see a long-awaited turnaround. 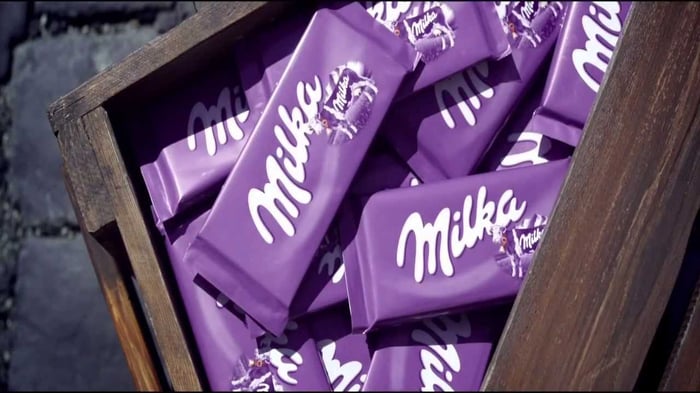 Finally, changing consumer preferences have presented Mondelez with challenges. Healthier eating habits have threatened makers of snacks that are perceived as unhealthy, and although the impact of that trend has been more evident in areas like sugary soft drinks, slowing growth in the chocolate area is due at least somewhat to demand shifts. Add to that adverse moves in commodity markets for raw ingredients like cocoa, and it's been a tough time for Mondelez.

Mondelez has the power to bounce back if it can make some smart strategic changes that align its brand more closely with the direction in which its customers are moving. Coming up with healthier snack options isn't easy, but it can be done. Without being responsive to changing consumer tastes, Mondelez could see the trends that have held it back over the years continue well into the future.