Alliance Resource Partners, GameStop, and Coherus BioSciences are all in turnaround mode. Can they make it happen, or are they destined to keep falling from here?

Pulling off a turnaround isn't easy, so we Fools generally steer clear of companies that have fallen on hard times. However, sometimes a company does manage to turn its fortunes around. When that happens, its shareholders usually get taken on a highly lucrative ride.

So which beaten-down stocks do we have our eyes on right now? We posed that question to a team of investors and they picked Alliance Resource Partners, L.P. (ARLP 1.15%), GameStop (GME 11.74%), and Coherus BioSciences (CHRS -1.44%). 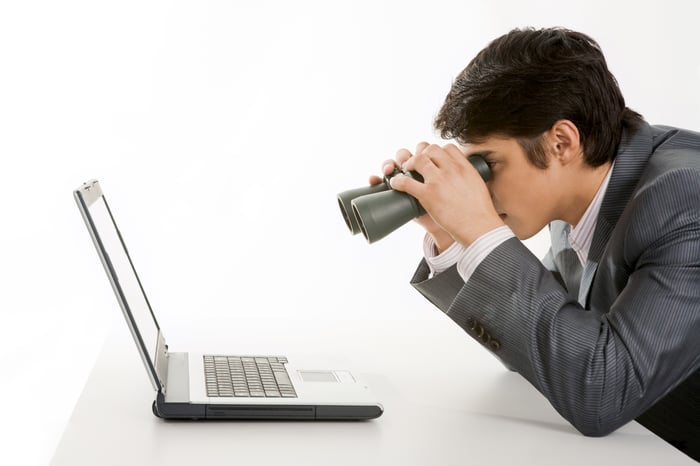 Reuben Gregg Brewer (Alliance Resource Partners, L.P.): The coal sector is filled with underdogs, and for good reason. But not all coal companies are alike, despite the fact that the entire industry is being painted with the same "coal is as good as dead" brush. That's why I'm watching Alliance Resource Partners and its massive 9% distribution yield.

There are a few reasons why I have my eye on Alliance. While other coal miners were falling deep into the red or, worse yet, resorting to the protections of a bankruptcy court, Alliance remained soundly profitable. It also has a solid balance sheet, with long-term debt at a modest 25% (or so) of its capital structure. To put it simply, Alliance managed to survive coal's darkest days in stride. 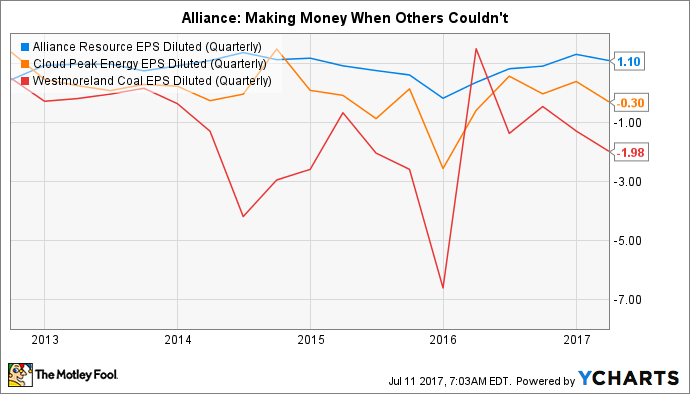 But coal's fortunes are not looking too good right now, as cleaner alternatives gain an increasing share of the electricity market. Only the U.S. Energy Information Administration sees coal as a key part of the energy equation until at least 2040 (the furthest out its projections go today). And it expects the interior region, where Alliance is focused, to gain market share over that span. So not only is Alliance in good financial shape, but it's also operating in the right coal region.

That's also buttressed by management's first-quarter announcement that distribution increases might be on tap in the near future. That makes a lot of sense given that Alliance covered its distribution by nearly 2.4 times in the first quarter -- a massive amount of coverage in the partnership space. Yes, coal has real problems. But not all coal companies deserve to be painted with the same brush. And that's why my eye is fixed on underdog Alliance Resource Partners, easily one of the best-run coal miners around.

Keith Noonan (GameStop): At the beginning of the year, I recommended that investors stay away from GameStop on the grounds that video games are increasingly being sold through digital rather than brick-and-mortar channels. Shares have fallen roughly 17% since then, and many of the big challenges that this retailer faces continue to present downside risk. I don't think that the stock's performance this year, though, reflects the changes to its outlook, and I'm seeing more appeal in the company as a value play.

GameStop has actually seen some favorable developments that could bolster business as it transitions away from physical game sales and toward selling collectibles, mobile hardware and service packages, and developing its own games. The breakout success of Nintendo's Switch console and strong demand for its software point to a sustained tailwind over the next several years -- particularly because the Switch's small storage space encourages purchasing games through physical media rather than downloads. The movement of game sales to digital channels will continue over the long term, but the strength of Nintendo's latest platform at least buys GameStop some time to build up its turnaround components.

Shares now trade at a forward multiple of roughly 6 and pack a potent 7.3% dividend yield, and with momentum for its collectibles and technology brands segments (year-over-year sales were up 39% and 21.5%, respectively, last quarter) and next-gen hardware launches from Sony and Microsoft roughly two to three years out, it could be worth owning. I haven't bought GameStop stock yet, but it's a much better buy now than it was six months ago, and I'm keeping an eye on it.

Brian Feroldi (Coherus BioSciences): There's no doubt that Coherus BioSciences has turned into an underdog stock. The company's shares were hammered last month after the Food and Drug Administration rejected its application for CHS-1701, which is a biosimilar product candidate of Amgen's Neulasta. The agency said that its rejection was based on concerns related to the manufacturing process and its desire to see a reanalysis on a number of subject samples.

Since Coherus is still a clinical-stage biotech, it makes perfect sense that its stock was hit hard. However, I still think that there is ample reason to believe that Coherus can bounce back from here. Why? First, the rejection did not raise any concerns related to the clinical performance of the drug. That hints additional clinical studies won't be necessary for resubmission, which should help to speed up the timeline. Second, Coherus ended March with $174.8 million in cash on its balance sheet and it recently cut 30% of its workforce in a save cash. That means that liquidity is not an immediate concern, which is good since the share price is down so much. Finally, the company still has two other biosimilar product candidates in late-stage development. Both of these drugs should be in regulators' hands within the next 18 months and you can bet that the company will take every precaution to ensure they are submitted properly this time.

In total, Coherus' stock certainly deserved to get knocked around, but the long-term thesis for owning this company still looks intact. However, until we get a definitive timeline for CHS-1701's resubmission, I think the smart move is to take a pass on investing in this underdog for the time being.