Socially responsible investing is red hot, and new exchange-traded funds make the strategy more available than ever before. While the definition of socially responsible investing can vary, it generally refers to investing in companies that promote the "social good." That can mean avoiding so-called "sin stocks" like tobacco producers, prioritizing investments in companies with diverse management teams, or dodging investments in fossil fuel producers.

This ETF is a prototypical socially responsible ETF that generally avoids sectors that receive the sin stock label. Thus, it doesn't invest in companies that derive a significant portion of their business from "alcohol, tobacco, gambling, civilian firearms, nuclear power, military weapons, adult entertainment and genetically modified organisms," according to its prospectus. Notably, it does include companies involved in fossil fuel production and services, which are excluded by some other socially responsible ETFs.

To select stocks for the portfolio, it starts with the MSCI USA IMI Index, which is a total stock market index that includes virtually every stock on American exchanges. It then uses a proprietary screener to sort through stocks based on their environmental, social, and corporate governance (ESG) performance.

Ultimately, the portfolio is condensed down into about 400 companies that score most highly for social responsibility. Despite holding 400 companies, the top 10 stocks in the portfolio make up roughly 26% of assets. That's because it weights each stock by market cap (it invests more in the companies that have the highest stock market value). The three largest holdings -- Microsoft, 3M, and Apple -- make up just over 11% of the total value of the portfolio.

In addition, the fund is relatively expensive compared to other index ETFs. Its expense ratio of 0.50% annually is several times higher than most broad index ETFs, but roughly half the cost of a typical actively managed fund. Given its bias toward technology companies (which make up 25% of the fund by assets), this fund is most likely to outperform when tech stocks lead the market, as they have recently. 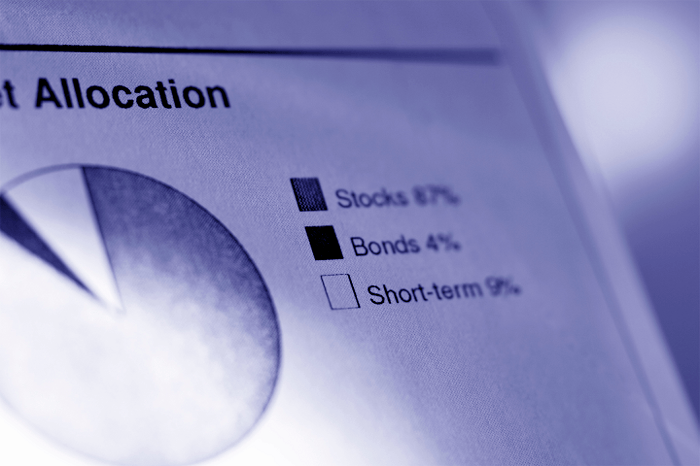 This global socially responsible ETF has a singular focus: avoiding companies with substantial carbon emissions, as well as those with fossil fuel reserves (oil producers, for example). Carbon emissions are scored against a company's sales, whereas fossil fuel reserves are compared to its market capitalization. Those that score highest make it into the iShares MSCI ACWI Low Carbon Target ETF.

Purists may see these diversification-focused rules as treason, but it's my view that it's necessary to give the portfolio balance. The truth is that if it selected companies solely by their carbon footprint, it would end up owning a portfolio comprised of simple services companies and excluding anything to do with manufacturing, energy production, transportation, and so on.

As an interesting anecdote, the fund has gotten off to a fast start in its short history due to the fact it is underweight oil and oil-related companies, which have lagged the market since the ETF was launched at the end of 2014.

This rules-based ETF seeks to invest in companies that have the most representation of females among its executive and director ranks. The ETF starts with the 1,000 largest stocks on the market by market capitalization, whittling away at the number of potential investments by scoring the gender diversity of corporate boards and executive teams.

Stocks that make the cut are weighted by market cap, thus the 10 largest companies make up an outsized 36% of the portfolio. It is most heavily invested in healthcare stocks (22% of assets) and financial companies (17% of assets).

This fund needs just a short explanation: It invests in companies in the S&P 500 that do not own fossil fuel reserves. Thus, whereas the S&P 500 includes roughly 500 stocks at any given time, this ETF recently held 475 stocks. In effect, it's the S&P 500 index minus oil and gas producers.

One has to venture all the way down to its 46th-largest holding to find anything that resembles an energy company (Schlumberger). Schlumberger qualifies because it merely provides services to oil companies that drill for oil; it doesn't own its own land or oil reserves to develop and drill. It's a small but important distinction.

This fund carries a reasonable expense ratio of 0.20% of assets, and, not surprisingly, it has also outperformed over its short operating history, thanks to the fact it avoided fossil fuel companies during the downturn in oil prices. This fund is perfect for those who would prefer to avoid fossil fuel investments for ethical reasons or those who want a convenient way to simply express a bearish view toward oil companies.

Do socially responsible ETFs belong in your portfolio?

Socially responsible ETFs offer the ability to participate in the upsides of capitalism while sleeping well at night with the knowledge that returns are coming from businesses that share your values.

Due to the cyclical nature of energy stocks, funds that avoid fossil fuels will appear to be extraordinarily good and bad stock pickers, depending on where one draws the lines to settle the score. Funds that avoid tobacco stocks are common, but they are purposefully avoiding history's single best-performing sector; it's a bet the future looks very, very different from the past. Likewise, many socially responsible funds are tech-heavy, and thus have more of their assets invested in growth-style companies rather than stodgy "value" businesses.

Since 1994, the MSCI KLD 400 Social Index, an index free of sin stocks, has outperformed its benchmark by about 0.06% annually. That outperformance is completely wiped away by a higher-than-average expense ratio for index funds, however, as iShares ETF that tracks the index charges 0.50% per year compared to sub-0.10% expense ratios for broad index funds.

Is it worth paying a higher fee for socially responsible funds? That's for you to decide.