Please ensure Javascript is enabled for purposes of website accessibility
Log In Help Join The Motley Fool
Free Article
Join Nearly 1 Million Premium Members And Get More In-Depth Stock Guidance and Research
By Daniel B. Kline – Jul 18, 2017 at 8:06AM

People are spending, but they're also looking for deals.

Back-to-school can mean big bucks for retailers, but consumers have become more savvy in how they shop making the competition during the second-biggest shopping season of the year even more intense.

On the plus side for America's struggling retail chains, a new report from Deloitte shows that parents of students in grades K-12 plan to spend $27 billion or $501 per student during the ongoing back-to-school shopping season. That's about the same as last year, according to the 2017 Back-To-School Survey, which also noted that about 20% of where and how that money will be spent has yet-to-be decided.

"Retailers should aggressively pursue the 'undecided' consumer because they collectively represent nearly $5.4 billion this back-to-school shopping season," said Deloitte Chairman Rod Sides. "This segment is up for grabs but likely to go to retailers that draw customers in early with promotions and digital experiences that make store visits even more attractive, like inventory visibility, order tracking or buy online/pick up in store."

Undecided shoppers clearly want a deal as 68% of them "are more likely to choose retailers that offer free shipping," while 52% want the ability to buy online, but return in the store. In addition, almost half of undecided shoppers (49%) look for "loyalty programs that provide faster or cheaper discounts when shopping online." 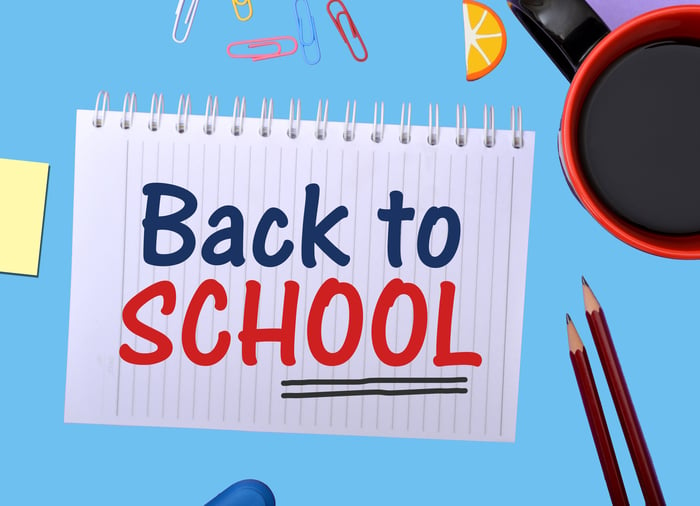 What is retail doing?

With so much money up for grabs, many retailers will be stepping up their promotional efforts. Around 81% will have more deals this year than they offered in 2016 according to a report from RetailMeNot (SALE). That makes sense because the same study shows that 82% of parents look for deals when doing back-to-school shopping.

"Discounts and deals are incredibly important this time of year to both retailers and shoppers," said RetailMeNot Chief Marketing Officer Marissa Tarleton. "...For retail marketers, the opportunity to capitalize on omnichannel offers is more important than ever to reach consumers online, on mobile and in store. Consumers are seeking discounts, and it's imperative that retailers and brands meet them where they are with compelling content."

Where are consumers shopping?

Mass market merchants including Wal-Mart (WMT 1.21%) and Target (TGT 2.05%) appear to be benefiting from their efforts to create omnichannel shopping experiences. Those two rivals have tried to compete with the rise of digital retailers by blurring the line between in-store, online, and mobile shopping. Both allow online ordering with in-store pickup or in-store returns for online orders.

Those efforts appear to be paying off. Deloitte found that 8-out-of-10 consumers plan to shop at mass merchants -- a 24% increase over last year. Off-price stores also saw big gains, jumping from only 10% of shoppers in the 2016 study to 28% in 2017.

Mass market retailers, such as Target and Wal-Mart, have spent heavily to both keep up with Amazon (AMZN 2.57%) while also leveraging their physical footprints, some department stores and many struggling specialty clothing retailers lack the resources to do that.

The challenge, and it's not just a back-to-school season challenge, is that consumers have become smarter. Wal-Mart, and to a lesser-extent Target, have the technical ability to keep up with Amazon. But since consumers can shop the online leader on their mobile devices (or any other digital site) from the aisles of a store, brick-and-mortar chains have to be price competitive.

There's an opportunity during the back-to-school season for retailers, but it's clear that the season will do little to help those already struggling. Wal-Mart, Target, and perhaps other mass market chains have a chance to grow their business, but it will probably be at the expense of other brick-and-mortar companies, not the digital leaders.