Adjusted quarterly revenue declined 8% year over year to 49.9 billion Swedish kronor and declined 13% adjusted for comparable units and foreign currency exchange. That translated to a net loss of $1 billion kronor (or roughly $120 million), or roughly 0.30 krona per diluted share. On an adjusted basis, Ericsson generated net income of 0.17 krona per share, or roughly $0.02, falling well short of Wall Street's consensus estimates for an adjusted profit of $0.05 per share. 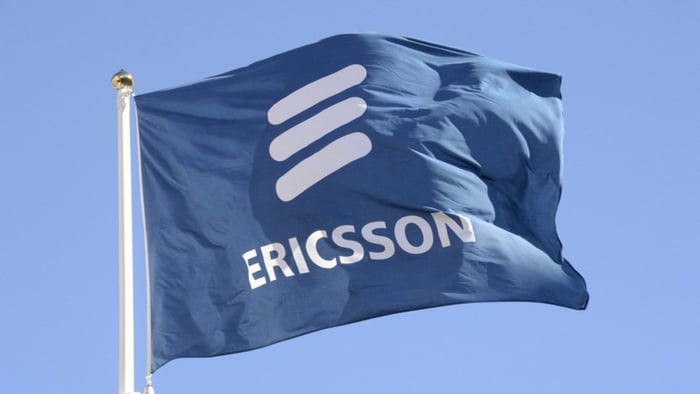 "We are not satisfied with our underlying performance with continued declining sales and increasing losses in the quarter," insisted CEO Borje Ekholm. "Execution of our focused business strategy is gaining traction."

But given current weak market conditions -- including an expected high-single-digit percentage decline in the radio access network equipment market this year -- Ericsson will accelerate planned cost reduction efforts to stem its losses. In the meantime, given its relative underperformance in the second quarter, it was no surprise to see Ericsson shares fall so hard today.