Chipotle Mexican Grill, Inc. (NYSE:CMG) stunned burrito-lovers everywhere when it announced it was testing out queso at its new experimental New York restaurant.

The news, originally reported by Eater, was particularly surprising considering that the company has repeatedly rejected calls to add the cheesy dip to its menu.

As recently as last year, Chipotle explained in a video that's since been taken down that "Queso has to be made with artificial stabilizers to keep its shiny liquid form." As part of its Food with Integrity platform, the company refuses to use artificial ingredients like preservatives and GMOs, making queso a no-go -- until now. 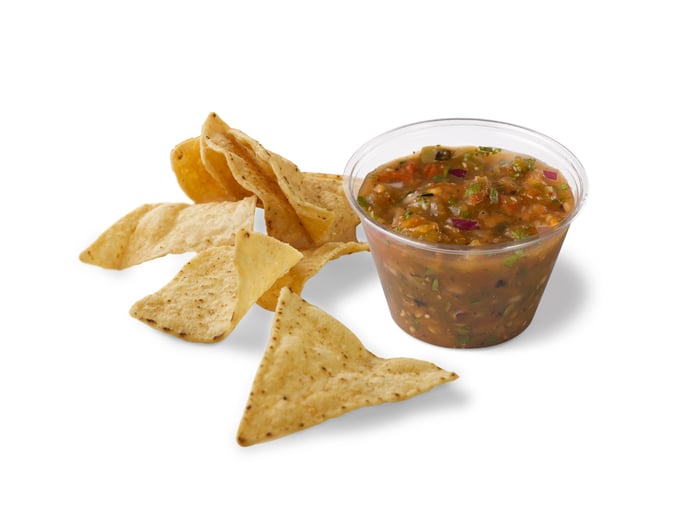 The company's disastrous 2016, which saw a 20% drop in comparable sales following the 2015 E. coli outbreak, has led to a change of heart, as the company has shaken up its menu more than ever before. It added chorizo last year, its fifth meat option, and is rolling out bunuelos, the first of two desserts it plans to add to the menu.

Queso is the most requested item that's not on Chipotle's menu, and CEO Steve Ells argued for the cheesy dip in an internal memo, saying, "All of our competitors sell queso, and we know some customers don't come to Chipotle because we don't offer it." He added, "But because we refuse to use industrial additives, added colors, flavors or preservatives in our food, it's very difficult to make queso that meets our standards."

Reviews seemed to agree that the new product was different form standard gooey queso as it had more of a grainy texture. However, most of those who sampled approved of the flavor, a strong indicator of its likely nationwide expansion.

However, the best sign that queso is the right move for Chipotle may be the response from competitors.

Ells is right that all of Chipotle's competitors, including Jack in the Box's Qdoba (NASDAQ:JACK), Yum! Brands' (NYSE:YUM) Taco Bell, Moe's Southwest Grill, and Baja Fresh serve the cheesy dip.

Qdoba left a subtle reponse to the queso news on Twitter

Imitation is the greatest form of flattery. pic.twitter.com/vIRjYGRqEL

Moe's, however did not take the news as gracefully. In a statement, the Chipotle rival said, "These queso impersonators are claiming to serve the perfection that is smooth and delectable queso, attempting to fool consumers across the nation," and "When we caught wind that there were poser cups of queso on the loose, we decided to act fast." A nearby Moe's location offered a free cup of its own queso on July 13 to those who had tried Chipotle's.

This is not the first time Moe's has taunted its larger competitor. The Tex-Mex chain capitalized on Chipotle's decision to close all stores during a lunch shift with an advertising blitz saying it was still open.

But Moe's response to the queso rollout, even in Chipotle's weakened state, is a sign that Chipotle is still the top dog in the industry, and that its rivals rear a revitalized Chipotle. It also may be evidence that they know that queso is one of their key advantages over Chipotle, and statements on Twitter seem to confirm that.

And after chipotle gets queso I don't wanna hear any of you haters switching up stay at Moe's or Qdoba, we don't need that negative energy

Currently on my way to get a burrito bowl from Chipotle and queso from Moes.

Chipotle < any other Mexican restaurant that serves queso, don't @ me

Not surprisingly, there were of celebratory tweets about Chipotle serving queso.

CHIPOTLE IS GETTING QUESO!!!! RT TO SAVE A LIFE

Listen to your customers

Chipotle's queso experiment may be the best sign yet that it's listening to its customers as it tries to win them back following the E. coli crisis. Heeding customer demands is crucial in the highly competitive restaurant industry where tastes and trends change quickly.

McDonald's (NYSE:MCD) found that out when after years of resisting calls, it launched all-day breakfast in the U.S. in 2015. Comparable sales went from negative to up as much as 5%, and the brand got heaps of favorable media attention. The stock surged as a result.

Queso won't be a silver bullet for Chipotle, but doing what its customers are asking for and what has worked so well for its competitors is a big step in the right direction. Signs indicate that the queso test could soon expand to more stores in as little as a month. That could offer some much-needed good news for the burrito chain and its investors, as the stock is still down nearly 50% from it 2015 high.