Live-streaming hasn't taken off in the U.S. as it has in China. Live-streaming platform Periscope, which is owned by Twitter, isn't exactly a household name. Meanwhile, Facebook's live-video platform, Facebook Live, has gained publicity as people have used it to broadcast violence. Both platforms have yet to prove they can make money from live-streaming, although Facebook did recently introduce a revenue-sharing advertising strategy.

Meanwhile, in China, live-streaming is on a tear. Of China's 730 million internet users, at least 200 million are active users of live-streaming apps, according to a PricewaterhouseCoopers stat reported by Bloomberg. Chinese companies have also figured out a successful business model that resonates with users. Rather than focusing on advertising, users can send broadcasters virtual "gifts" while the money to purchase those gifts is split between the content producer and host. Credit Suisse is forecasting China's live-streaming market to be worth about $5 billion by the end of this year. 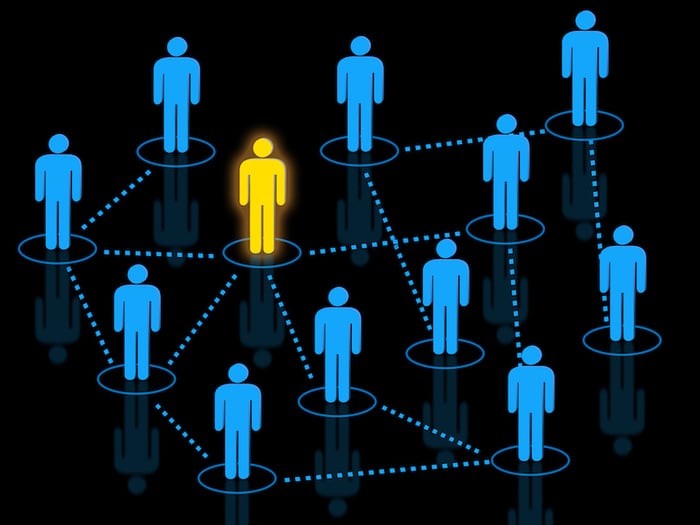 One of the beneficiaries of the streaming craze is Momo, Inc (NASDAQ:MOMO), which started as a dating app but quickly shifted to becoming a host for live video broadcasts. The company earned more than $767 million in revenue over the past year, turning nearly 30% of into net profit. At 85 million active users, it's not the largest social networking site in China. However, it is one of the bigger streaming players in a fragmented market that offers an estimated 200 apps dedicated to live video.

The threat of government crackdown

Although growth in live-streaming has been strong in China, it hasn't been without controversy. The Chinese Ministry of Culture (MOC) is responsible for promoting and protecting the arts, which includes censorship of content that goes against the socialist country's core values. Pornography falls into the prohibited category and content such as that related to gambling or superstitions can lead to penalties and fines.

In May, the MOC announced it had shut down 10 hosting platforms and punished an additional 48 companies. It also ordered 30,000 content-producing studios to cease operations. Although Momo was not a part of the recent crackdown, it is not free of the government's oversight.

In 2014, prior to its IPO on the Nasdaq, an investigative report by Xinhua, as reported by The Wall Street Journal, found that the Momo app had been used to disseminate inappropriate pictures of women. In an email to The Wall Street Journal, Momo said "an extremely small number of sex worker gangs" had used Momo to solicit customers, and that Momo "is determined to resist the use of the Internet to create and disseminate pornographic content" using "the strictest methods in the industry."

Government oversight remains a concern. In its most recent quarter, live video accounted for 80% of Momo's revenue and if it were required to shut down its streaming platform, the company's stock and business would crash. Fortunately for Momo, it hasn't faced major scrutiny since the 2014 incident. The company has acted to prevent the spread of illicit content by terminating tens of millions of user accounts, designating a team to monitor content, and using third parties and data analytics software to monitor activities.

Last December, the Chinese government implemented new rules for online streaming platforms that include keeping recordings of all video broadcasts for 60 days, which could then be made available to regulators.  Streamers are also required to register with real names. The new rules can be costly for smaller platforms, essentially creating a barrier to entry, which is good news for Momo.

The industry has around 200 apps for live-streaming and investors should expect consolidation, especially as smaller players face rising scrutiny and costs. Hosts are responsible for enforcing and shutting down violators and w ith over $700 million in cash and no long-term debt, Momo has the ability to access more resources such as technology and staff to ensure it is playing within the rules.  Size is a clear advantage for Momo; analysts at Deutsche Bank have noted that they have already seen broadcasting platforms leave the market due to lack of capital. They also expect more to exit.

The threat and unpredictability of censorship and media regulation in China are real. One wrong step could make a serious dent in a social media business like Momo. However, given its ability to regulate content better than smaller competitors, the live-streaming company appears to have made this threat into an opportunity.