Shares of Skyworks Solutions (SWKS 2.38%) have been in fine form this year, rising almost 40% thanks to terrific quarterly results earlier in 2017. The semiconductor specialist has benefited from higher content inside Chinese smartphones and looks set to take advantage of Apple's next flagship device.

As such, Skyworks will look to extend its momentum when it releases its fiscal  third-quarter results on July 20. Here's what investors should expect from the company's upcoming earnings. 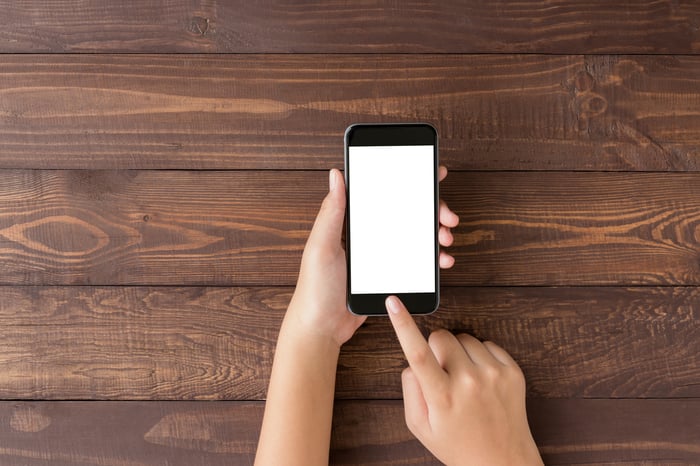 Wall Street expects  Skyworks' revenue to jump almost 19% year over year to $890 million during the quarter, which is right in line with the company's own  estimates. The company should easily meet this mark given its growing relationships with Chinese smartphone OEMs (original equipment manufacturers) and automotive companies that are increasingly using its chips to power their products.

Top-line growth is expected to filter down to the bottom line, with analysts expecting earnings to jump from $1.24 per share in the year-ago quarter to $1.52 per share. Investors, however, will need to keep an eye on Skyworks' margin profile. The chipmaker's gross and operating margins have been declining of late, though the slide isn't very alarming at present. 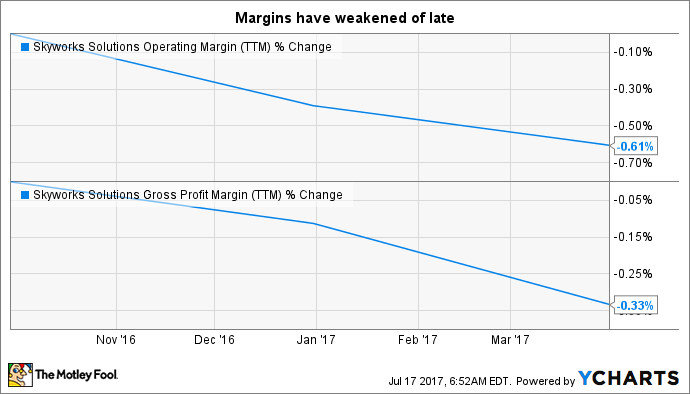 For instance, its gross margin slid  40 basis points in the last-reported quarter to 50.4%, though Skyworks expects its margin to improve slightly during the third quarter on account of a jump  in sales of Internet of Things-related products. Additionally, the company is using its huge cash hoard to buy back more shares, which should help it at least meet the bottom-line forecast.

Skyworks is now entering into the lucrative second half of the calendar year, when its largest customer, Apple, starts ramping up iPhone production. Given that Apple supplies  40% of Skyworks' revenue, a bump in iPhone builds this year will definitely give the chipmaker a big boost.

Skyworks' Apple-related revenue could jump identically if it maintains its dollar content in the next iPhones. But the good news for Skyworks investors is that it is once again expected  to enhance the number of chips it supplies to Apple, which would boost its revenue from each iPhone.

For instance, Skyworks is supplying its solutions  to Huawei's flagship smartphones. This could be a big deal for the chipmaker as the Chinese company reportedly sold  more smartphones than Apple in the final quarter of 2016. In fact, Skyworks forecasts that it could make  $8 to $10 on each Huawei smartphone.

Furthermore, Huawei substantially increased its market share during the first quarter of 2017, while other Chinese OEMs such as OPPO and Vivo, which also use Skyworks' chips, almost doubled their shipments.

Sales of Chinese smartphones are expected to jump 24% globally this year, with Huawei, Vivo, and OPPO leading the charge. Therefore, Skyworks' business could take off remarkably in the last six months of 2017 as the Chinese make more smartphones.