Using Chipzilla's data center-focused chips to try to figure out what this consumer-grade product will ultimately look like.

On May 30, Intel (INTC 1.46%) unveiled its entire Core X lineup for the high-end desktop personal computer market. The company has signaled that it intends to roll these processors out in three phases over the next four months. 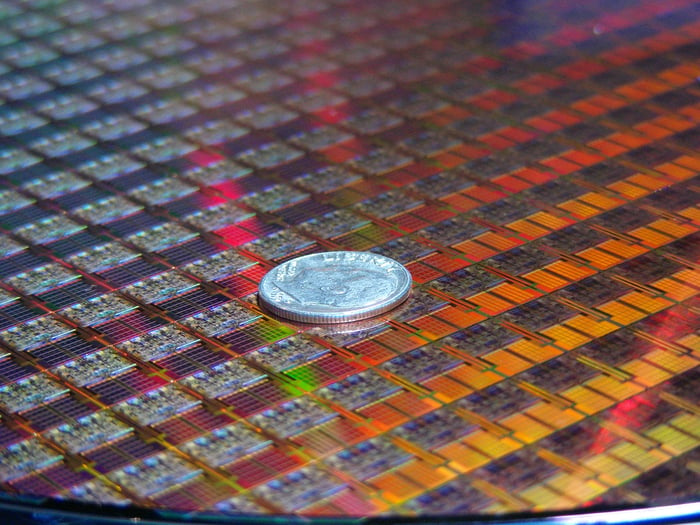 Interestingly, even though Intel has announced its 18-core Core i9-7980XE chip, the company has yet to provide some specifics, such as the frequency at which the chip will run out of the box.

AnandTech recently reviewed Intel's data-center oriented Xeon Scalable processor family (Intel's Core X chips are chips derived from these parts). The site's CPU editor, Ian Cutress, and I identified a couple of Xeon Scalable parts that could show up in the consumer market as the Core i9-7980XE: Xeon Gold 6154 and Xeon Gold 6150.

Though Intel is unlikely to sell these parts as-is as the Core i9-7980XE, they can give us a hint as to what the final specifications of the 7980XE will look like.

Per AnandTech's review, the Xeon Gold 6150 runs at a base frequency of 2.7 GHz and supports a maximum single-core turbo frequency of 3.7 GHz. When all the cores on the chip are loaded up, the 6150 can still maintain a respectable 3.4 GHz.

Given that Intel wants these parts to appeal to consumers, a maximum single-core turbo speed of 3.7 GHz probably isn't going to cut it.

Intel's best bet for these chips would be to try to cherry-pick the parts that can be rated at an all-core turbo speed of 4 GHz (an 8% increase from what the Xeon Gold 6154 is capable of) and aim for a single-core turbo speed of 4.3 GHz -- identical to the specifications of the eight- and 10-core Core i7-7820X and Core i9-7900X, respectively.

This would require that Intel pick the truly "best of the best" processors from the line (this might be why Intel isn't rolling out those chips until October; in this case each of the 18 cores on the chip would need to be validated to run at 4.3 GHz).

Furthermore, the company might want to increase the TDP of the 7980XE from the announced 165 watts to perhaps 205 watts (nobody buying this chip is going to pair it with a weak and/or cheap cooling solution anyway).

Now, on paper it might seem like Intel might need to aim for a higher TDP than that (remember: the Xeon Gold 6154 is rated at a 205-watt TDP and it only manages to achieve an all-core turbo speed of 3.7 GHz), but there are a couple of differences between the Xeon chip and the upcoming Core i9-7980XE that could help Intel make up the TDP delta.

First, the Xeon Gold parts have access to six memory channels; the consumer Core i9 parts only support quad-channel memory, so disabling those additional memory channels could moderate the heat output of the chip somewhat.

Additionally, the Xeon Gold processors have a lot of circuitry built into them for data center-specific applications such as UPI links (those links allow the Xeon Gold chips to connect to each other in multiprocessor systems). Since those won't be fired up in the Core i9-7980XE (single processor only), that could also reduce heat output.

I look forward to seeing what Intel ultimately cooks up with this product.