The way people consume entertainment has changed and it's going to continue to change.

Cord cutting, or ditching a traditional cable subscription in favor of using streaming services, has been a slowly growing phenomenon. In addition, the movie business has become all about global blockbusters, pushing smaller films to alternative platforms in many cases.

Those changes, while they are in their early days, will upend the cable business as we know it. Consumers will only pay for the stations they want and that will certainly push lesser channels out of existence. It will also force even successful cable networks to do more with less because they will no longer receive carriage fees from consumers who don't actually watch them.

In addition, cord cutting will mean even smaller audiences for the traditional broadcast networks. While in many markets you can get ABC, CBS, NBC, and FOX using an HDMI antenna, many cord-cutters will opt not to do that.

The slow death of cable and the morphing of the movie business into one where only big hits matter creates a potentially very bad situation for 21st Century Fox (NASDAQ:FOX) (NASDAQ:FOXA). The company could lose its edge with its broadcast network being viewed by nearly anyone with cable, its cable networks pulling in less revenue, and its film business continuing to struggle. 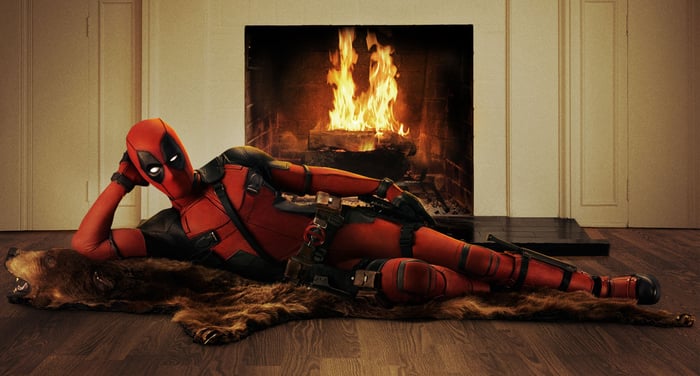 Deadpool is as close to a blockbuster franchise as FOX has. Image source: FOX.

Cable lost 1.9 million subscribers in 2016, according to data from SNL Kagan, and the research firm expects another nearly 11 million to defect over the next five years. That number does not factor in the impact of skinny bundles, cable or streaming cable-like packages which offer a limited selection of channels.

Losing cable households directly hits FOX's bottom line. The company's cable portfolio includes FOX News, FOX Business, FX, FXX, various regional sports networks, the various National Geographic channels, and a handful of others. The company gets paid for every pay television home that gets its channels. That can range from a few cents to a few dollars, but the person who never turns on FOX News still pays for it, which has been great for the company.

In addition, as the cable universe gets smaller, the potential audience goes down as well. As that happens, every network -- from FOX to the most-obscure cable channel the company owns -- has a smaller pool of people who may see a hit show, leading to lower ceilings for ad revenue.

Disney (NYSE:DIS) and to a lesser extent Comcast (NASDAQ:CMCSA) have dominated global box office by amassing franchises. Disney can, for example, release three or four Marvel films each year to near-guaranteed global success. Comcast's Universal does not have anything quite as lucrative as Marvel, Pixar, or Star Wars, but it has Jurassic World, Fast & the Furious, and a number of other near-sure things on its slate each year.

Having hit franchises that play all around the world has become increasingly important. With so many choices at home, it simply takes more for people to leave their homes.

FOX is not without franchises, but X-Men has never been as financially successful as Disney's Marvel films. The latest entry, Logan, took in $616 million globally, but that puts it over $50 million behind a lesser-known Disney movie in Doctor Strange at $677 million, according to data from Box Office Mojo.

For the major characters in the Disney Marvel universe, not to mention its animated, Pixar, and Star Wars films, $1 billion in box office is a common occurrence. FOX simply has nothing of that caliber and relies mostly on sputtering franchises including Alien, Planet of the Apes, and Ice Age. The company does have Deadpool, which hit $783 million globally, but that's as close to a billion dollar franchise as the company has come.

What can FOX do?

FOX, along with Disney, Comcast and Time Warner does own Hulu. That platform does bring in some subscription revenue which offsets cord cutting and the streaming platform does have its own digital-cable offer for cord cutters which may become a viable business.

On the movie side, FOX has a weakness in franchises, but that can change. Nobody expected Deadpool to be the hit that it was, and it could spin off a universe of its own. In addition, the company could find other hits in unexpected places (though that's not easy and the competition is fierce).