Under Armour (NYSE:UA) (NYSE:UAA) has excelled at getting its gear on the playing field thanks to technical innovations and partnerships with high-profile college teams, as well as an upcoming tie-up with Major League Baseball. But in order for the company to make it to the next level, it will need to establish itself as a fashion brand, much like Nike (NYSE:NKE) and Adidas (NasdaqOTC: ADDYY) have -- and its efforts thus far have largely fallen flat. In footwear, which is the biggest category for Nike and Adidas, growth at Under Armour slowed to just 2% in its most recent quarter as Curry 3 sales disappointed. The launch of Under Armour Sportswear last year -- its first fashion line -- was received well by critics but failed to move the needle or change the overall brand's perception. 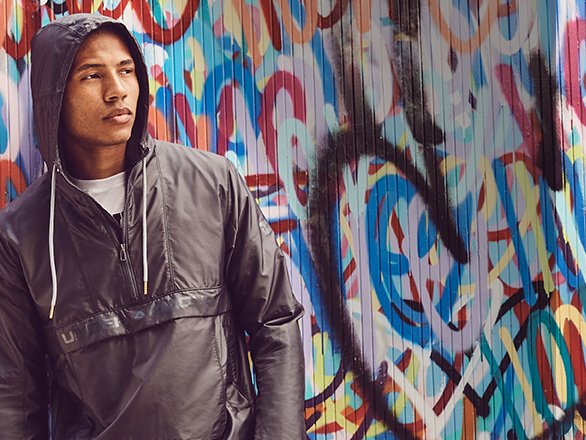 Now, Under Armour is borrowing a play from its rivals in order to boost itself as a fashion brand. The #2 sportswear brand in the U.S. has signed rap star ASAP Rocky to a multi-year deal to partner with Under Armour in its lifestyle category. Rocky, who is considered something of a style icon, will reportedly be the face of the fashion line.

In the past, he has teamed up with Guess, Ferragamo, and Adidas on collaborations, among others, and has modeled for Dior. Details of the arrangement were not available as the news was first broken by Susquehanna analyst Sam Poser, and Under Armour hasn't commented on it. However, many expect Rocky to work closely with UAS fashion director Tim Coppens.

Under Armour is far from the first brand to look to a rap star to elevate its brand. Most famously, Adidas partnered with Kanye West on a line of Yeezy sneakers that he helped design, and that relationship has been key in returning Adidas to strong growth in the U.S. Adidas even called the expanded tie-up "The most significant partnership ever created between a non-athlete and an athletic brand." The German sports giant seems to be building Yeezy into a sub-brand the way Nike has with Jordan.

Puma, meanwhile, has also seen its stock skyrocket as the company has teamed up with a number of performers including Rihanna, The Weeknd, Young Thug, and even Kylie Jenner, spurring a comeback for a brand that had seen profits dry up in recent years.

Can Rocky save Under Armour?

Partnering with ASAP Rocky is a smart move, but one person alone can't suddenly make Under Armour cool. Adidas, Puma, and Nike all have long pedigrees in street culture and have stronger ties to musicians. Adidas tracksuits and Superstar shoes were favored by Run-DMC back in the 1980's, and Puma's trademark suede shoes have long been popular on the streets after coming into style with breakdancers. A pair of Jordans may have arguably been the defining fashion item of the inner city for a generation.

Rocky also does not have the star power of a Kanye West or a Rihanna, but he is well respected among rap fans. The news generated acclaim from some on Twitter.

asap rocky's gonna be the face of under armour so i guess i'm completely redoing my wardrobe???

Ultimately, however, Under Armour has staked so much of its brand on performance that it doesn't have the same advantages that Adidas and Puma did when they partnered with celebrities. It makes sense for a more fashionable brand to partner with Kanye West. Under Armour will need a new collection to fit with Rocky.

In addition to building a fashion brand, Under Armour still has other problems to contend with including sluggish footwear sales and a connected fitness division that has seen little return.

Any turnaround for the company isn't going to happen overnight.