Thursday was quiet on the stock market, leaving most major benchmarks close to where they started the day. Favorable economic data pointed to the prospect for further growth in the U.S. economy, but a large set of earnings releases revealed both winners and losers in the business environment over the past few months. Even though the overall market didn't move much, some individual companies reported unfortunate news, sending their shares downward. MarineMax (NYSE:HZO), Inovio Pharmaceuticals (NASDAQ:INO), and Check Point Software Technologies (NASDAQ:CHKP) were among the worst performers on the day. Below, we'll look more closely at these stocks to tell you why they did so poorly.

MarineMax points to ongoing woes for the wealthy

Shares of MarineMax plunged 24.5% after the recreational boat and yacht maker reported its fiscal third-quarter results. The company said that revenue fell almost 5% on a 10% drop in same-store sales, reversing course after a strong 2016. Net income inched higher from the year-ago quarter, but CEO William McGill, Jr. said that unseasonal weather in the Northeast hurt overall sales and earnings performance. Even though the CEO said that he remains "confident in our ability to deliver industry leading results" and that "demand for the boating lifestyle remains strong," MarineMax cut its earnings guidance for the year by roughly 16% to a new range of $0.97 to $1.02 per share. Even though yacht sales aren't exactly like any other market, MarineMax's performance confirms the difficulties that many high-end retailers have seen lately. 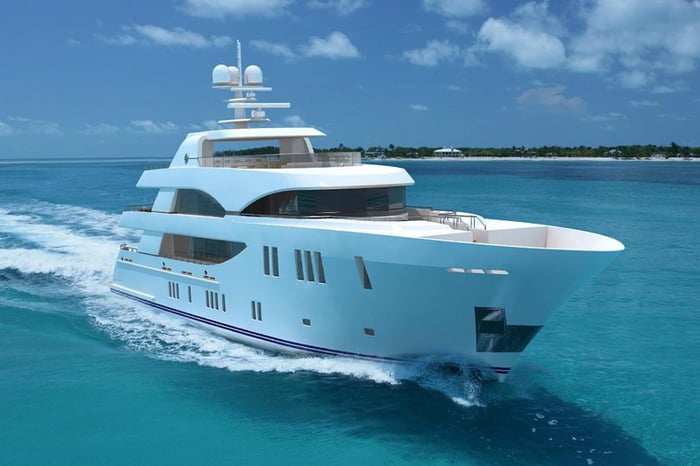 Inovio Pharmaceuticals stock dropped 11%, extending losses after Wednesday's 13% decline. The development-stage biotech company had said earlier in the week that it would sell $75 million in stock in a secondary offering, raising concerns among existing shareholders that their interest in the company would be diluted as a result. Late last night, Inovio announced the pricing for the offering, saying that it would sell 12.5 million at $6 per share. Today's subsequent drop in the stock took the share price down almost to that $6 mark, wiping out gains from the spring. Without success from its pipeline soon, Inovio could have to do even more dilutive capital raises in the future.

Finally, shares of Check Point Software Technologies declined 7%. The cybersecurity specialist said that revenue climbed 8% from the year-ago period, sending adjusted earnings per share up an even stronger 16%. Strength in subscription revenue was particularly encouraging, because it shows that Check Point can build recurring revenue sources that can build long-term customer loyalty and more stable cash flow. What disheartened investors, though, was a cut in the company's quarterly sales projections due to the shift in the calendar of the Yom Kippur holiday in late September. In the long run, though, Check Point CEO Gil Shwed believes that "the major attacks that occurred during the last few months have demonstrated the need for a different approach to cybersecurity," and he hopes that his company can provide a path forward to improve prevention and protect network architectures from further attack.