The increasing need for cybersecurity and increased revenue from subscription services give these companies great promise.

A mix of robust quarterly results along with increased awareness of online vulnerability has helped shares of cybersecurity specialists Check Point Software Technologies (CHKP 0.72%) and FireEye (MNDT) do extremely well in the first half of 2017.

Even shares of struggling network and enterprise security company Palo Alto Networks (PANW 0.64%) shot up impressively after its fiscal third-quarter report in late May. The company has been working on revamping a a flawed sales model, and customer additions and terrific guidance have helped it turn around. 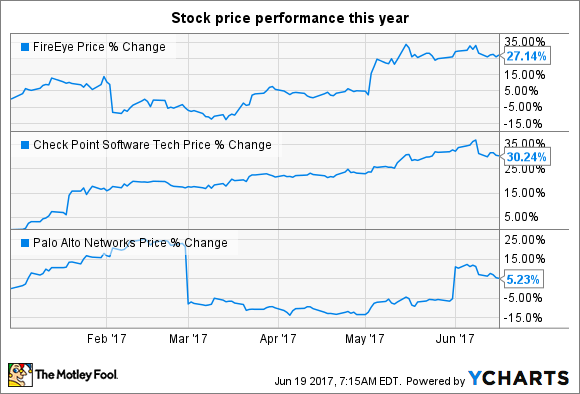 More importantly, these cybersecurity companies still have a lot of room for growth. Let's take a closer look at why they can do better. 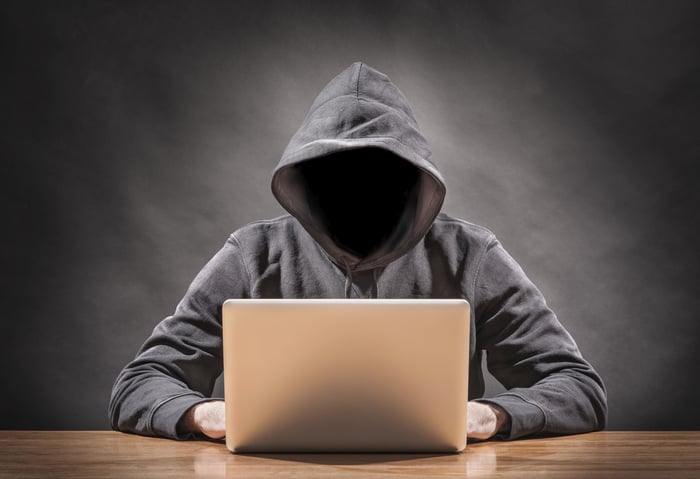 FireEye: Subscription growth is a boon

What's more, the improving subscription business is pushing up FireEye's deferred revenue, which increased 12% year over year during the first quarter  to $632 million, of which $400 million is short-term. Therefore, over half of FireEye's top-line guidance is already covered for the year as the short-term deferred revenue will be recognized on the income statement within the next 12 months.

Additionally, FireEye's improving subscription business is positively impacting its margins on account of lower customer acquisition costs. Its non-GAAP (adjusted) gross margin  was up 3 percentage points in the first quarter thanks to a 4.6% drop in cost of revenue related to subscriptions. More importantly, FireEye's outlay to acquire more customers has dropped as it now spends  54.6% of revenue on sales and marketing as compared to 73.2% in the first quarter of 2016.

Therefore, the company is making an impressive push toward profitability as its GAAP (unadjusted) loss fell  to just $83 million in the first quarter of 2017 as compared to $156 million in the year-ago quarter. Moreover, FireEye's subscription growth likely isn't going to slow down anytime soon as it has updated its cybersecurity platform to stay at par with peers.

The company is trying to attract more subscribers through its updated  and scalable Helix cybersecurity platform by offering it for a low initial price, setting up FireEye to tap into a fast-growing security-as-a-service market that could clock $8.5 billion  in revenue by the end of the decade.

Palo Alto Networks' rough start to the year is now a thing of the past as the company's fiscal third-quarter results blew past  expectations. It is clear that the company's new sales strategy of focusing on larger customer accounts that will lead to stronger business in the long run is bearing fruit, with the lifetime value of its top 25 customers jumping  61% year over year last quarter.

Just like FireEye, Palo Alto is also looking to drive the growth of its subscription and support business, which now accounts  for 60% of its business as against 51% in the year-ago quarter. Not surprisingly, the improving subscription business has lowered the company's customer acquisition expenses, as Palo Alto's sales and marketing expenses as a percentage  of revenue dropped 120 basis points year-over-year last quarter.

More importantly, Palo Alto is adding customers at a fast clip. It added 8,500 new clients last quarter, which was the second-most in its history, and has taken a smart step to sustain its impressive client acquisition rate by updating its product line.

Palo Alto's endpoint security platform, TRAPS, has been updated  with modules that can detect and prevent ransomware attacks like the one that happened in May and affected a huge number of computers across the globe. Analysts put the potential loss from the WannaCry ransomware attack at potentially $4 billion, so it won't be surprising if Palo Alto's customer base spikes once again.

Finally, Palo Alto Networks is operating in a fast-growing end-market that could be worth $24 billion by 2020, so it isn't surprising to see analysts expect  its bottom line to grow at almost 26% a year for the next five years.

Check Point Software has taken a slow-and-steady approach toward growing its cybersecurity business, focusing mostly on bottom-line growth. The company spent just 24% of its revenue on sales and marketing last quarter.

The best part about Check Point is that it is already profitable. Its GAAP net income jumped  almost 10% year-over-year last quarter to $183 million, outpacing the 7.7% growth in its top line thanks to impressive cost control. More importantly, Check Point's bottom line should continue getting better given the company's growing subscription business, which should provide a steady revenue stream without requiring additional expenses to acquire more customers.

The fast growth in the deferred revenue isn't surprising as Check Point is signing higher value deals with more of its clients, closing  more than 50 deals with a value of $1 million or more last quarter, an increase of 16% from the year-ago quarter.

Finally, Check Point is still good value despite rising over 30% on the stock market this year. Its trailing price-to-earnings (P/E) ratio of 25.5 makes it cheaper  than the industry median of 27, while a forward P/E ratio of less than 20 indicates more bottom-line growth is expected.