The vegan mayonnaise maker wants to jump-start a new food tech that could tackle climate change and industrial farming.

It hasn't been a completely smooth ride for Silicon Valley unicorn Hampton Creek, which has been embroiled in several controversies concerning its plant-based, vegan mayonnaise brand, Just Mayo. But if you thought that over a full year of silence was a sign that the end was nigh, then you'll need to reconsider.

Earlier this month, the company announced that it has been quietly working on its next big product portfolio: animal-free meat. It's real meat, too, not some plant-based go-between that vegans often have to justify. For this announcement the development timeline may be more surprising than the technology itself: CEO Josh Tetrick says Hampton Creek expects to launch its first animal-free meat products in 2018.

While food tech start-ups have been raking in funding, Hampton Creek is the largest to throw its hat into the ring for this upstart technology. That may create big opportunities for larger companies that individual investors can gain exposure to -- some of which may be in your portfolio today. 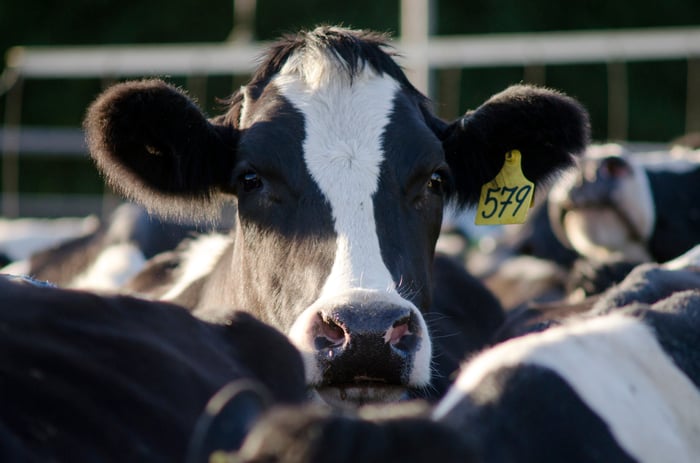 1. Animal-free meat is better for the environment

What is animal-free meat, exactly? Sometimes it goes by the nails-on-chalkboard monikers of "test tube meat" or "synthetic meat," but the entrepreneurs actually developing the technology are (thankfully) steering the discussion toward names such as "cultured meat" and "clean meat." The latter two are more accurate and consumer-friendly.

Why? Well, clean meat is grown not by raising and slaughtering livestock in factory farms but through tissue culture techniques. The process begins with stem cells from the animal whose meat is in demand -- whether cow, turkey, fish, or other -- and ends with an animal-free product that is identical in every way to food from traditional meat and protein production in taste, texture, and nutrition.

Well, not every way. It should be possible to produce healthier clean meat products compared to traditional meat products. Additionally, cultured meat production will look more similar to beer brewing than factory farming. That has the potential to eliminate antibiotic consumption, animal suffering, and overfishing. One study estimates it could also reduce greenhouse gas emissions by 96%, energy consumption by up to 45%, land use by 99%, and water consumption by 96% -- making clean meat a potentially powerful way to respond to climate change.

Delivering on the environmental benefits -- a key factor in consumer decisions in the last decade -- will be crucial to the early success of animal-free products. 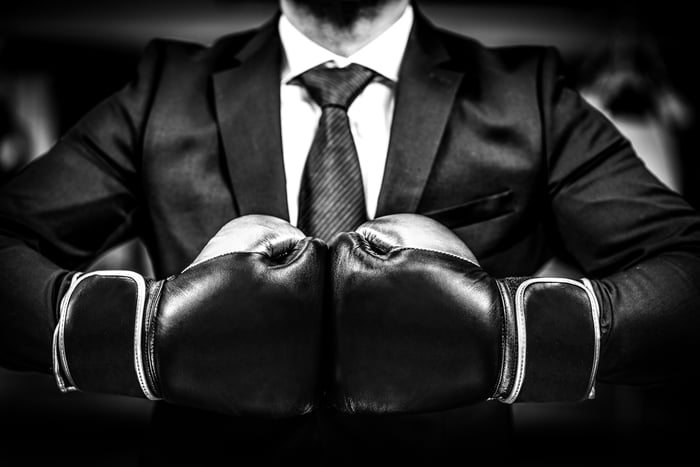 Developing the best product in the world doesn't mean much if you can't get it out to consumers. This is a key advantage that Hampton Creek owns over other, much smaller cultured meat start-ups. The company can leverage existing customer relationships with the likes of Wal-Mart (WMT 0.08%) and Whole Foods Market (WFM) to quickly gain market share and change the conversation.

The unicorn could even play its two largest distribution partners against each other. The stakes certainly seem to be raised now that rival Amazon has swooped into the grocery game by acquiring Whole Foods. Wal-Mart and Amazon are already duking it out for retail and online shopping, but the former's entrance into organic food sales has long been cited as eating away at pricing power for Whole Foods in recent years. Now it's a two-front war.

Cultured meat could play heavily into the battle for organic food sales dominance. While products will be created with biotechnologies, that's not to be confused with genetic engineering -- which is unfortunately excluded from the USDA Organic label. Consumers can definitely expect Hampton Creek to exploit the environmental benefits of clean meat during future marketing campaigns, similar to organic food brands today.

Don't think it's likely? Whole Foods has seen same-store sales at stores open at least one year fall for seven consecutive quarters. While no one really knows what Amazon has in mind for the grocery chain, it may be willing to take risks to boost sales and margins. Innovative products such as organic clean meat certainly fit the bill. Wal-Mart may be forced to follow, and Hampton Creek may be the first brand to sell the ammunition both sides need. 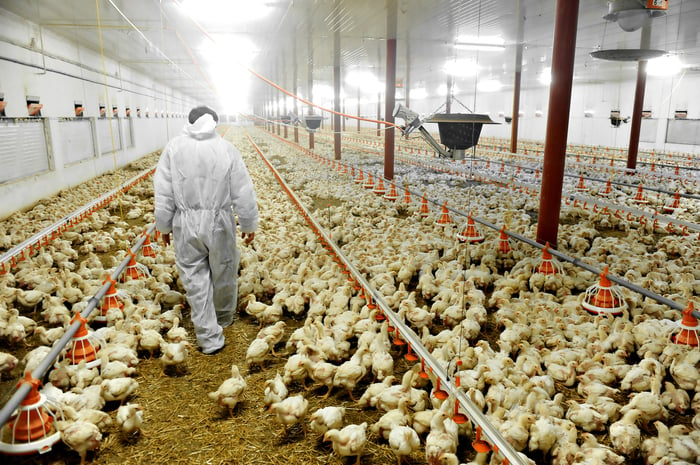 Hampton Creek has a major fundraising advantage over other clean meat start-ups, having raked in $220 million from venture capitalists to date. But it will need considerably more to develop and launch a new clean meat product. CEO Josh Tetrick doesn't think it'll be a problem. In fact, he sees a huge opportunity for future funding: traditional meat producers.

That may be difficult to believe, but Tyson Foods (TSN 2.19%), the world's largest meat processor, appears to be gearing up for an animal-free meat future. CEO Tom Hayes, who only came on in June 2016, led the creation of a Tyson Foods-owned VC fund dedicated to investing in start-ups creating substitutes to traditional meat products. In October, the company purchased a 5% stake in plant-based meat manufacturer Beyond Meat.

An investment in or partnership with Hampton Creek could be next. Tetrick didn't go into specifics in an article that appeared in Quartz, but he did hint that funding announcements could be coming before the end of the year:

Tetrick says he also expects large traditional meat companies will potentially want to become significant investors. "We're talking to a number of them right now all across the world," he says. "I'd expect one or two of these partnerships to cross the finish line [soon]."

In other words, investors may need to prepare themselves for a future where Tyson Foods is not only a major funder of animal-free meat but perhaps a leading producer.

It's important to note that much of the talk surrounding cultured meat can be filed away as hype rather than reality. There are many manufacturing hurdles that need to be overcome to make clean meat a reality and sell it at price consumers would be willing to pay. It should take many more years before any product in the field hits all of these checkpoints. But you can't fault Hampton Creek for pushing the envelope. And if Tyson Foods continues throwing its weight around, then you may see animal-free meat products at your local grocery store a few years earlier than expected.