Gentex is still penetrating its key markets, but reduced margin guidance led shares of the auto-dimming mirror company down today.

Gentex Corporation (GNTX 1.82%) announced second-quarter 2016 results on Friday morning, once again demonstrating its ability to outgrow relevant light vehicle production that drives its business. But that wasn't enough to appease the market, leaving shares of the auto-dimming mirror specialist to fall more than 7% on the day.

Let's reflect more closely, then, on how Gentex capped the first half of the year, and what investors should expect from the company in the coming quarters. 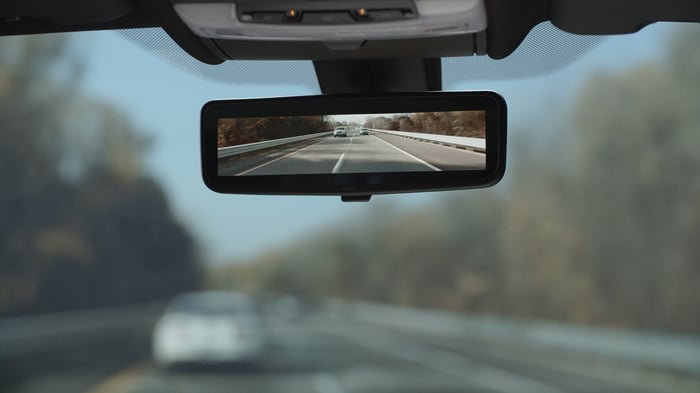 During the subsequent conference call, Gentex CFO Steve Downing noted that there was a higher percentage of base auto-dimming mirror shipments this quarter compared to the same year-ago period, which put a crimp on gross margin.

At the same time, Gentex VP of engineering Neil Boehm noted the percentage of advanced feature nameplate launches was encouragingly higher than Gentex's historical average. Gentex also initiated shipments of its full-display mirror product to its second major OEM customer during the quarter, marking a significant step toward global acceptance of the promising line.

Based on the July 2017 IHS light vehicle production forecast -- which calls for total light vehicle production to increase 2% for the year -- Gentex expects revenue in the second half of the year to increase between 6% and 10% on a year-over-year basis. As such, Gentex narrowed its full-year guidance for revenue to be in the range of $1.79 billion to $1.83 billion (compared to $1.78 billion to $1.85 billion previously), with gross margin of 38.5% to 39% (down from 39% to 40% previously).

Gentex's revenue guidance update isn't of big concern, as its long-term thesis and ability to continue permeating its industry both appear to remain intact. But combined with its slight relative underperformance in the second quarter, while certainly not a deal-breaker, it's unsurprising to see the market bidding shares down on signs of continued margin compression in the near term.