Please ensure Javascript is enabled for purposes of website accessibility
Log In Help Join The Motley Fool
Free Article Join Over 1 Million Premium Members And Get More In-Depth Stock Guidance and Research
By Rick Munarriz - Updated Jul 21, 2017 at 9:46AM

Skechers (SKX 0.38%) is lacing up early this earnings season, and Thursday afternoon's report is shaping up to be a mixed bag. The footwear maker saw net sales in its second quarter climb 16.9% to $1.026 billion, well ahead of the $950 million to $975 million that it was targeting back in April. It's Skechers' headiest top-line gain in more than a year. Net sales had climbed in the single digits in three of the four previous periods.

The news wasn't as promising on the bottom line. Net earnings plunged 19.7% to $59.5 million, or $0.38 a share. This is the walking and athletic footwear giant's fifth consecutive quarter of posting a year-over-year decline in net income, but this time, Skechers fell woefully short of its earnings-per-share guidance of $0.42 to $0.47. 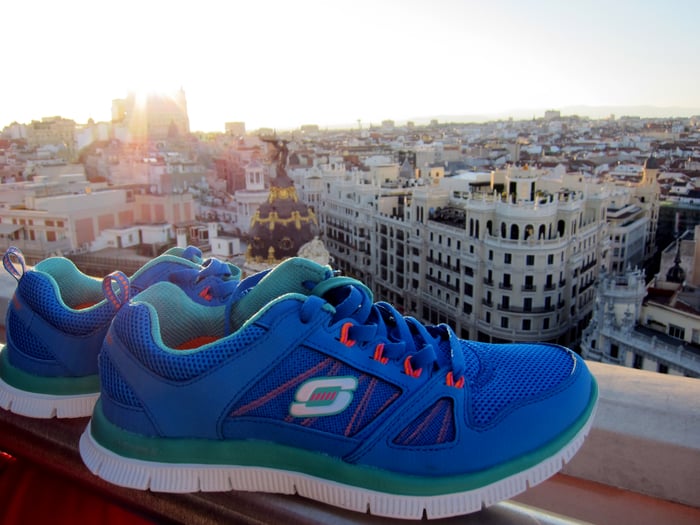 It's the textbook definition of a mixed quarter for Skechers. The big top-line spurt came as a result of gains across all three of its businesses. Skechers came through with a 6.4% uptick in its domestic wholesale business, a big deal since this is the segment that's been languishing for more than a year. Skechers' international wholesale and global retail businesses once again carried the growth baton, climbing 18.6% and 28%, respectively.

Net earnings went the other way, held back by an uptick in expenses as it ramped up its domestic advertising budget and fleshed out its international retail operations. Growing its profitability has been a challenge for Skechers, but it's also comforting to know that its shoes are as popular as ever.

The average price per pair of shoes slipped 4.5% for its domestic wholesale business, but it made it up in volume by shipping 11.4% more shoes than it did a year earlier. Things are faring even better at the store level, where its comps rose a hearty 7.1%.

Skechers' outlook is another mixed bag. It's eyeing $1.05 billion to $1.075 billion in net sales, growth of 11% to 14%. It sees double-digit increases in its international wholesale and global company-owned retail stores more than offsetting a flat domestic wholesale showing. It's also projecting a profit-per-share between $0.42 and $0.47. If that seems familiar, that's because it's exactly what Skechers was targeting for the second quarter, and we know how poorly that played out. The good news here is that Skechers earned $0.42 a share a year earlier, so even if it lands at the midpoint of its range, it will be its first period of year-over-year bottom-line growth in more than a year.

Momentum was on Skechers' side ahead of the report. The stock has moved higher in seven of the past eight months, but it's still trading well short of its summertime 2015 peak. Double-digit growth in net sales appears to be here to stay, and now the real trick is improving margins to the point where net income starts growing again.