Would you like to park your money into well-performing stocks that you can feel comfortable owning for at least the next decade without having to be concerned that the businesses behind them will be disrupted? If so, two stocks worth exploring are those of amusement park operator Cedar Fair (NYSE:FUN) and water utility giant American Water Works (NYSE:AWK).

Both companies provide products or services that there will always be a need for, have strong moats and solid-to-superb growth potential, and pay dividends. Moreover, both of their stocks have clobbered the broader market over the long term. 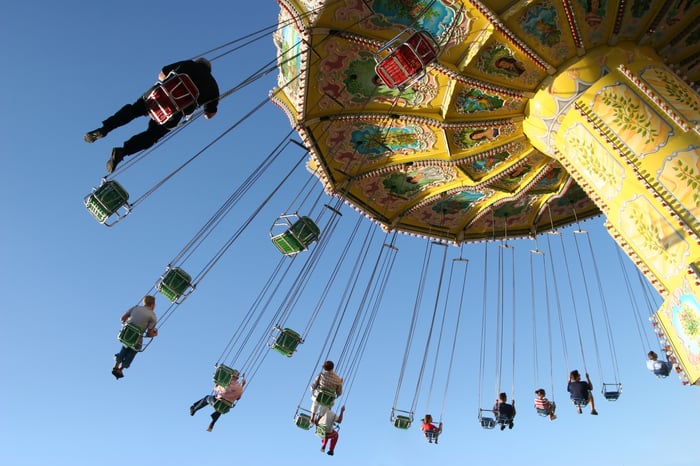 Providing thrills for visitors and investors

Cedar Fair doesn't provide a product that's critical to survival, like fresh water, but enjoying some form of entertainment or leisure activity has long been a strong craving in humans. Disney is also a similar way to play the enjoyment theme, but its moat isn't as solid across-the-board as Cedar Fair's, as evidenced by its struggling cable business. I believe that Disney will successfully navigate the changes occurring in the TV-viewing market. However, with Cedar Fair, you don't even need to concern yourself with the company's business getting disrupted, in my opinion.

Cedar Fair generated $1.3 billion in revenue over the last year, making it one of the largest regional amusement park operators in the world. The company has 11 amusement parks and two water parks in North America, with five of these locations having nearby accommodations ranging from hotels to cabins and campsites. Its four parks that take in the most revenue are Cedar Point, its flagship park located on the shore of Lake Erie in Ohio; Knott's Berry Farm in Southern California; Wonderland in Toronto; and Kings Island in Cincinnati.

Barriers to entry in the large regional amusement park space are high, providing Cedar Fair with a strong moat. Barriers include high initial construction cost, limited land availability in some regions, and the need to obtain the necessary permits. Even if a company could jump all these hurdles, it's unlikely to build a new park anywhere close to a Cedar Fair park because many local economies can only support one regional park. So, the first-mover in a region has a huge advantage.

With Cedar Fair, investors don't need to choose between a generous dividend and great growth potential. The stock is currently yielding a fat 4.87%, thanks to the company's dependable free cash flow and the fact that the company is organized as a master limited partnership (MLP). This means that it must pay out the majority of its profits to investors in the form of a dividend to qualify for favorable tax treatment. Wall Street is projecting earnings per share (EPS) growth of 13.1% this year and an average of 25.4% per year over the next five years. 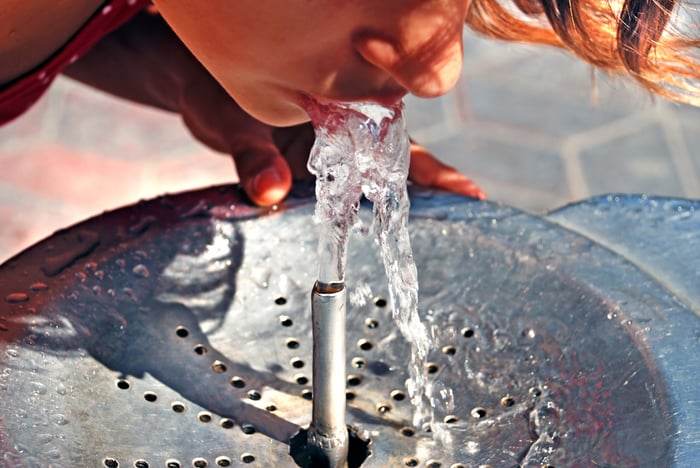 American Water is the largest investor-owned water utility operating in the United States -- it's also the top water utility stock to buy, in my opinion. It provides water and wastewater services to about 15 million people in 47 U.S. states and in the Canadian province of Ontario. In addition to its core regulated business, which operates in 16 U.S. states, the company also has market-based businesses. Notable in this group is a business that provides water and wastewater services to military bases across the country, and a subsidiary that supplies water and related services to energy companies operating in the Appalachian Basin.

First-movers in the water utility industry have super-strong moats. Regulatory issues aside, it would be cost-prohibitive for other companies to compete with the existing water utility operating in a specific area due to the exorbitantly high initial infrastructure costs. Moreover, American Water's industry-leading size and superior geographic diversity provide it with a huge edge when it comes to making regulated acquisitions. Its size provides it with more resources than its peers, while its geographic diversity -- it has regulated operations in twice as many states as the second-most geographic diverse industry player, Aqua America -- widens its pool of desirable potential acquisitions. That's because it's more cost-efficient for water utilities to expand near where they already operate.

With American Water, you get a dependable dividend -- currently yielding 2.08% -- that's been raised every year since the company went public in 2008, with this year's increase a hefty 10.7%. You also get solid growth potential. Wall Street is projecting EPS growth of 6.7% this year and an average of 7.9% per year over the next five years.