Looking for big dividends? These three stocks each offer yields above 5%.

ExxonMobil stock offers an attractive dividend component, with its yield coming in at roughly 4.1% based on the company's current share price and a 36-year history of consecutive annual payout increases. However, for investors who are wary about recent oil price declines and possible disruption from renewable technologies, or who are simply looking for other income-generating investments to balance out their portfolios, it's worth surveying the landscape to get better acquainted with other stocks that are paying big dividends.

For this roundtable discussion, we assembled a panel of three Motley Fool contributors and asked each member to spotlight a top dividend stock that boasts a bigger yield than Exxon. Read on to see why they think that Eni S.p.A. (E -1.41%), Cedar Fair (FUN -2.53%), and IBM (IBM -0.85%) are worthwhile income investments. 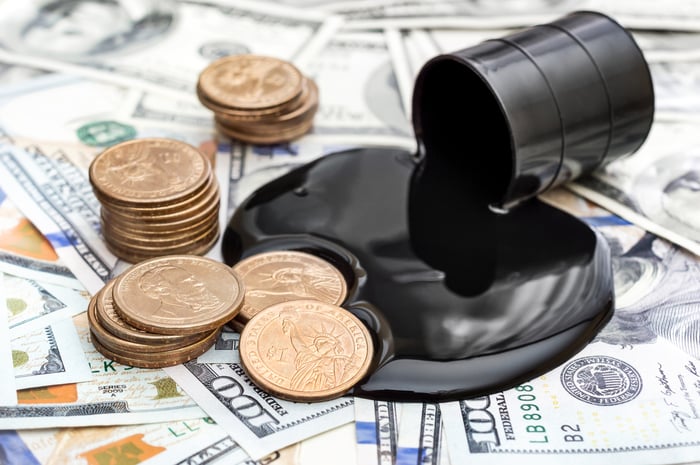 Exxon's a great oil company, but this one might be better

Rich Smith (Eni S.p.A.): Everyone has heard of ExxonMobil, and I suspect the company's "brand name" is at least part of the reason that ExxonMobil stock sells for nearly 17 times earnings. But raise your hand if you've heard of Exxon's Italian rival Eni?

With a P/E ratio of less than 12 and a dividend yield of 5.4%, Eni is both a cheaper oil stock than Exxon and a more generous dividend payer. And with an operating profit margin of 9.4% and a dividend payout ratio of only 85%, Eni can afford to be. What may be even more attractive to investors than Eni's low price and high dividend, though, are its incredible growth prospects going forward.

Three years ago, Eni stumbled upon what it calls a "super giant" natural gas field off the coast of Egypt, the Zohr Prospect. The largest gas field ever discovered in the Mediterranean Sea, Zohr is believed to contain as much as 30 trillion cubic feet of natural gas, and Eni is already in the process of ramping up production from that find. Expanding its search in the region, Eni made a new natural gas discovery in the Egyptian Western Desert just this past summer. Thanks to these two discoveries, Eni, already the largest gas producer in Egypt, is set to get even bigger.

Analysts who follow the stock believe Eni will outgrow ExxonMobil by more than one full percentage point over the next five years, growing at better than a 17.5% annualized rate. If it does that, I wouldn't be a bit surprised to see Eni -- which already pays you more than Exxon does -- increase its payout even higher.

Keep arms and legs inside the car at all times

That market-trouncing level of income usually involves signing up for significant risks, and that's an important concern for this stock. Cedar Fair stumbled during the peak theme park season, and so it is on pace to report a slight decline in attendance this year. Profits are on pace to fall for the second straight year, too.

Still, this is an attractive business with many opportunities for growth. The company is finding success at its efforts to expand non-ticket business -- for example, including through hotels and enhanced dining options. Cedar Fair is also bulking up its on-park entertainment options so that ticket sales will become less dependent on great weather. Finally, it owns 1,000 acres of undeveloped land adjacent to its parks that should provide plenty of space to expand as the business matures.

These assets don't protect the business from short-term swings, which remain likely with this volatile stock. But income investors who can stomach the ups and downs should be paid generously for their patience.

Cheap shares and a big yield

Keith Noonan (IBM): IBM stock was hit hard in October, trading down roughly 24% in the month as its third-quarter results and fourth-quarter guidance came in below expectations and investors looked cautiously at the company's $34 billion deal to acquire open-source software company Red Hat. Big Blue's shares now trade at just nine times this year's expected earnings, a valuation that looks very cheap given that the stock's yield has been elevated to roughly 5.1%.

IBM's most recent quarterly report arrived with a 2% sales decline (though sales were flat on a currency adjusted basis), confounding the narrative that the business was returning to consistent growth after years of sagging revenues. The company's legacy hardware and software offerings continued to decline, but unlike in the previous two quarters, growth for its suite of cloud- and security-focused offerings wasn't enough to offset that deterioration. However, IBM's margins appear to be improving, and there's still plenty of room for growth in the enterprise-cloud-services space even if the company is unlikely to unseat chief players Microsoft and Amazon.com.

Investors can also look forward to more payout growth, with IBM boasting a 23-year history of delivering annual payout increases. Sales and earnings growth will be slow in the near term, with the company guiding for adjusted earnings per share to be up just 1% in the current fiscal year, but IBM's stock is priced at its lowest forward earnings multiple in a decade and offers its biggest yield in more than 20 years.