Please ensure Javascript is enabled for purposes of website accessibility
Log In Help Join The Motley Fool
Free Article Join Over 1 Million Premium Members And Get More In-Depth Stock Guidance and Research
By Sam Barker - Jul 22, 2017 at 7:07AM

With new infrastructure proposals in the United States, these four iron ore companies are poised for a big rest of the year.

Infrastructure growth usually means an increase in steel used, and an increase in steel means an increase in iron ore. With the excitement over increased infrastructure spending in America with President Trump's proposed budget and prices at $57 per ton (down from $94 in February), iron ore is an attractive buy at this time. Solid mining companies like Rio Tinto PLC (RIO 0.18%), BHP (BHP -1.21%), Vale SA (VALE 0.75%), and Cliffs Natural Resources (CLF 0.24%)are in a good position to capitalize on the low price of ore. What's more, these companies have posted tremendous gains during the past year, while iron ore futures remained volatile, showing the power these companies have in the broader industry. 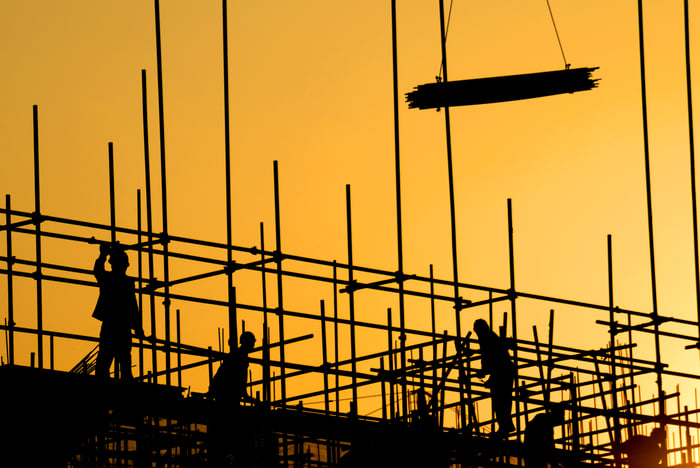 RIO is one of the largest mining operations in the world, with assets equaling almost $90 billion. Even though iron ore has been in murky waters recently, Rio's recent promise to buy back $2.5 billion in outstanding debt is a welcome sign for investors. This debt buyback program is coming off the heels of a recently unveiled share buyback program, announced in February.

Even though investors are betting that continued growth in China and newly unveiled infrastructure plans in the USA will boost the metal higher, it's clear this debt buyback will protect Rio if iron ore prices stagnate. Despite the recent dip in iron ore, Rio is an attractive opportunity because it's a diversified mining operation. If iron ore doesn't rebound as most investors predict, they are the still in a good position to succeed due to their copper, aluminum, gold, and silver operations.

BHP is another company in the same boat as Rio Tinto. It is a diversified metal and mining company, with exposure to iron ore, copper, gold, and coal, so their success isn't only tied to iron ore's fluctuation. The highlight with BHP is the growth associated with the company. BHP released an operational review for nine months ending in March, announcing that iron ore operations grew 3% since March of 2016, one of their only endeavors to grow in that time (metallurgical coal also grew, while petroleum and copper saw losses). BHP has also seen its share price go up 33% in the past year, all while offering a healthy 3% dividend. It doesn't hurt that BHP is the largest mining operation in the world, so it's never a bad idea to back the top dog.

Even though Vale is not one of the larger overall mining corporations in the world, like Rio and BHP, the Brazilian company is the largest producer of iron ore pellets in the world. This means Vale is more prone to movement than the aforementioned stocks. The stock has been beaten up recently, mostly due to factors outside of Vale's control. Skepticism from China on iron ore futures have stalled the share price, and frequent corruption scandals in the Brazilian government haven't helped either. Despite these geopolitical factors, Vale shares have increased 114% in the past year. It's also predicting production of 380 million tons of iron ore this year, a 6% rise from 2016. If the price of iron ore rises to levels from six months ago, and their predicted growth is correct, Vale is in a great position to increase revenues and earnings going forward.

The final stock to keep an eye on in this sector is Cliffs Natural Resources. With the lowest share price on the list, Cliffs is an interesting play and an easy entry point for frugal investors. A little fish in a big pond, Cliffs does have an advantage in some regards in that it is a major US producer of iron ore. With promises from President Trump on using US companies for infrastructure growth, there is a chance that imported iron ore pellets could be subjected to higher tariffs. Also, the stock is down over 10% since the start of 2017, providing a palatable entry point for investors looking to maximize returns. A downside with Cliffs is the lack of a dividend, which is a deal breaker for some investors.

In investing, it's often not a bad idea to simply back the top dogs. This is especially true with commodities, where large cap producers have a lot of sway over the market. Large cap producers like Rio Tinto and BHP will continue to produce in large quantities, and offer a stable approach due to the diversity in their operations, while companies like Vale and Cliffs are interesting as pure iron ore plays. Whatever your approach, any of these four companies should provide a good foothold for entry in this important industry.