GameStop (GME -1.09%) has lost about 60% of its value since late 2013 due to the fear that the retailer's sales of physical video games will be rendered obsolete by digital downloads. That pain was exacerbated by an ongoing decline in mall traffic and the growth of e-commerce rivals.

As a result, many bears have dismissed GameStop as the "next Blockbuster". However, I've been watching GameStop for a while, and it might be smarter to buy GameStop at these levels than to sell it. 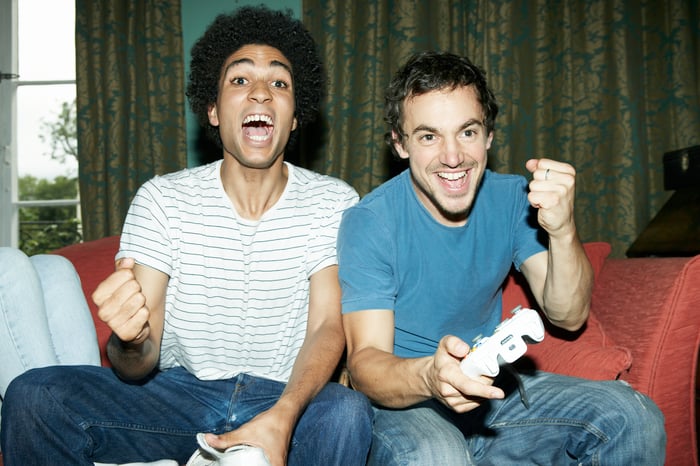 It's not the next Blockbuster

First and foremost, GameStop isn't the next Blockbuster. Blockbuster's failure is often attributed to the rise of Netflix (NFLX -0.84%), but investors often forget that Blockbuster almost killed Netflix a decade ago by mimicking its DVD-by-mail model.

Blockbuster only failed after it bought a failing online streaming service called Movielink to counter Netflix. Instead of turning that service around, Blockbuster started selling random products at its stores and lost its focus.

GameStop isn't on the same path. It sells its own digital downloads, and it's expanding into self-published games. To diversify away from physical games, it also sells consumer electronics, gaming accessories, and collectibles at its stores. 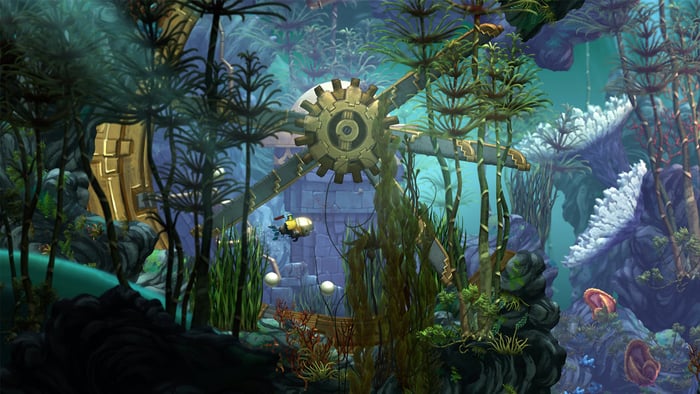 Last quarter, 51.1% of GameStop's revenue came from sales of new physical video games and pre-owned video game products. Those two businesses are definitely vulnerable to digital disruption -- that's why its new software and pre-owned sales respectively fell 8% and 6% annually during the quarter.

But that's just half the story. Sales of video game accessories, collectibles, and technology brands generated 23.4% of GameStop's revenue, up from 20.8% in the prior year quarter.

Sales at all three segments rose annually, with collectibles and technology brands posting double-digit growth. Gross profits also improved at those two higher-growth businesses. Digital revenues grew 3% annually and accounted for 2.2% of its sales. Those are all hardly Blockbuster numbers.

Nintendo and the retro gaming revival

GameStop's new hardware sales, which accounted for nearly a fifth of its top line, also rose 25% annually last quarter. That growth was mainly attributed to the surging popularity of the Nintendo (NTDOY 1.22%) Switch.

The Switch is unique because it plays both physical cartridges and digital games. However, many Switch gamers prefer buying the cartridges, since the Switch only has 32GB of onboard memory. This means as Switch console sales rise, GameStop's sales of physical games could climb again.

But that's not all. Nintendo's clever strategy of selling miniature versions of its classic consoles is getting gamers interested in retro games again. In addition to selling these miniature consoles at its stores, GameStop sells hard-to-find consoles and games from previous generations.

Its new deal with Amazon could boost store traffic

GameStop's comparable store sales rose 2.3% last quarter as its 17.1% international growth offset a 2.4% domestic decline. Looking ahead, its domestic numbers could be lifted by a recent deal with Amazon (AMZN 2.10%) that will allow customers to trade their used gaming products for AmazonCash.

This partnership is a win-win for both companies. Amazon tethers more shoppers to its ecosystem, while GameStop gains more foot traffic in its stores. That leads to an interesting idea -- Amazon could potentially buy GameStop as another brick-and-mortar storefront, and turn its locations into AmazonCash "pawn shops".

Its growth rates aren't that bad

Those aren't jaw-dropping figures, but GameStop still generates plenty of cash. Over the past 12 months, it generated $523.1 million in free cash flow. It spent 15% of that total on buybacks, and 29% on dividends. The company is still shouldering $815.7 million in long-term debt, but that debt won't mature until 2019 and 2021.

It's ridiculously cheap and pays a huge dividend

GameStop currently trades at just six times earnings, which is well below the industry average of 46 for specialty retailers. It also pays a forward dividend yield of 7.1%, which is supported by a low earnings-based payout ratio of 44%. It's raised that dividend every year since it started paying it in 2012.

I believe that GameStop's low valuation and high yield will set a floor under the stock as long as it continues diversifying away from sales of physical and pre-owned games. Keeping customers coming back to brick-and-mortar stores could be challenging, but Nintendo and Amazon could lend it a helping hand. I think GameStop is still a risky play, but I also think it could be a smart buy at current prices.