Hint: The list doesn't include higher sales for its hepatitis C franchise.

When Gilead Sciences (GILD -1.27%) reported its first-quarter results in May, expectations were low. The biotech didn't surprise anyone with dramatically lower revenue and earnings than the prior-year period, with plunging hepatitis-C franchise sales.

Gilead steps up to the plate again soon, with the release of its second-quarter results scheduled for July 26 after the market closes. What will be the highlights of the company's update? Here are three things you can expect.

In the first quarter, Gilead's primary bright spot came from a 13% year-over-year boost in HIV-franchise sales. Rapid sales growth from Genvoya, Descovey, and Odefsey more than offset sales declines for the company's older HIV drugs. It won't be surprising if Gilead reports even better results from its HIV franchise in the second quarter. There are several reasons why this might be the case.

For one thing, Gilead typically experiences some seasonal impact on wholesaler inventories that can dampen sales a bit in the first quarter. The second quarter could be stronger in comparison. The company could also benefit from growing usage of Truvada for pre-exposure prophylaxis (PrEP).

Genvoya sales could pick even more steam. The drug launched in France and Italy during the first quarter, but will have a full three months of sales in those important markets in the second quarter.

Also, Gilead doesn't expect to begin feeling the full brunt of the negative impact of generic rivals to Truvada and Viread until the second half of 2017. Even though sales for both drugs are already slipping, the second quarter might not be quite as bad as the rest of the year could be.

Gilead Sciences added $1.6 billion to its growing cash position in the first quarter. That brought the biotech's total of cash, cash equivalents, and marketable securities to $34 billion at the end of March. A level close to $36 billion is possible when Gilead provides its second-quarter update. 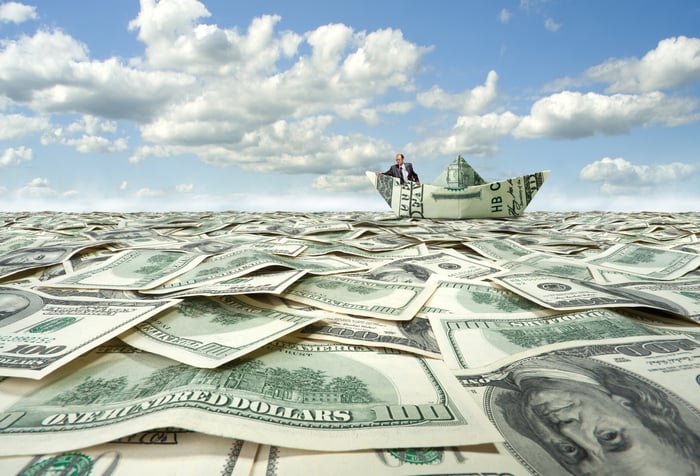 Second, Gilead spent $125 million in the first quarter for a priority-review voucher. The company won't have that expense this time around.

With all of its woes, Gilead does have some good news to play up when it provides the second-quarter update. Expect the company's management to put a big focus on Vosevi and its bictegravir/F/TAF combo.

On July 18, the U.S. Food and Drug Administration (FDA) approved Vosevi -- formerly referred to as SOF/VEL/VOX, an abbreviation of its three component drugs -- for retreatment of adults with hep-C. A few weeks earlier, the European Committee for Medicinal Products for Human Use (CHMP) gave a positive recommendation for the drug. This is Gilead's last planned launch of a hep-C drug. While Vosevi won't be enough to stop the bleeding in the franchise, the new revenue in the coming quarters will help.

Gilead also submitted the bictegravir/F/TAF combo to the FDA for approval in June. The company seems likely to use the priority-review voucher picked up in the first quarter to speed up the review process for the HIV regimen. In addition, Gilead's Marketing Authorization Application (MAA) for the combo has been fully validated by the European Medicines Agency. With projected sales of around $4.4 billion by 2022, bictegravir and friends could provide a much-needed boost to the biotech.

What you probably won't hear

There are two things I don't think Gilead's executives will talk much about in the second-quarter update. One is when hep-C sales will bottom out. Top members of management have already said that they simply don't know when that will happen.

The other thing that you probably won't hear is any details on Gilead's acquisition plans. Many investors would love for Gilead to elaborate on what it's doing on this front. Unless the company pulls a stunner and announces a buyout in tandem with its earnings update, I wouldn't count on learning anything new.

For what it's worth, though, the same biotechs that were available three months ago still are -- but generally at higher price tags. If Gilead is going to make a move, the clock might not be in its favor.