Please ensure Javascript is enabled for purposes of website accessibility
Log In Help Join The Motley Fool
Free Article Join Over 1 Million Premium Members And Get More In-Depth Stock Guidance and Research
By Ashraf Eassa - Jul 24, 2017 at 10:50AM

This top Apple supplier is increasing its investments in its future and has several exciting growth opportunities ahead of it.

Cirrus Logic (CRUS -1.15%) is a well-known vendor of audio chips. Its largest customer is Apple (AAPL -0.29%), which made up 78% of the company's revenue in its most recent quarter (no doubt driven by its strong position in the iPhone 7 series of smartphones and related accessories), though it has been aggressively pursuing other customers in the smartphone market while trying to bring its audio products to other markets, as well.

Cirrus Logic has an interesting investor presentation on its website that goes into quite a lot of detail about its business, market opportunities, and relevant industry trends. There are three items from the presentation that I think current and prospective investors in Cirrus Logic should be aware of. 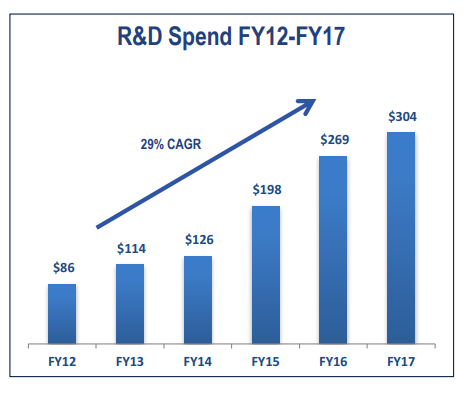 Cirrus says that it has "more than 900 engineers" in R&D working to accelerate product development, find and go after "new market opportunities," and broaden its intellectual property portfolio.

Here's why this is encouraging. First, Cirrus Logic depends on a single customer for most of its revenue, so it needs to innovate at a rapid pace to meet that customer's extreme demands, lest it be designed out of future Apple products, rendering its entire business unviable.

Although Cirrus can reduce its business risk by continuing to invest in building great products for Apple (and this is what the company seems to be doing), it's also smart for it to de-risk its business by expanding both the number of major customers that it serves in its core market (portable audio chips) as well as the end markets it serves.

Cirrus, at least based on its statements, seems to be doing just that.

However, the company also claims that its served addressable market is growing as its business grows "beyond flagship."

Cirrus says that it's seeing "increased penetration of new phone platforms," and to capitalize on that opportunity it's building technologies for lower-cost devices that include "optimized feature sets and cost to enable new features on new platforms."

The features that it says it's enabling on those platforms include "always-on control" and "boosted speaker amplifiers with protection."

The "smart accessories" market is growing

Cirrus said in its presentation that it expects the total addressable for smartphones and tablets to enjoy solid growth from 2016 to 2020. However, an area where the company seems to be expecting explosive growth is in the "smart accessories" market (think Apple AirPods). 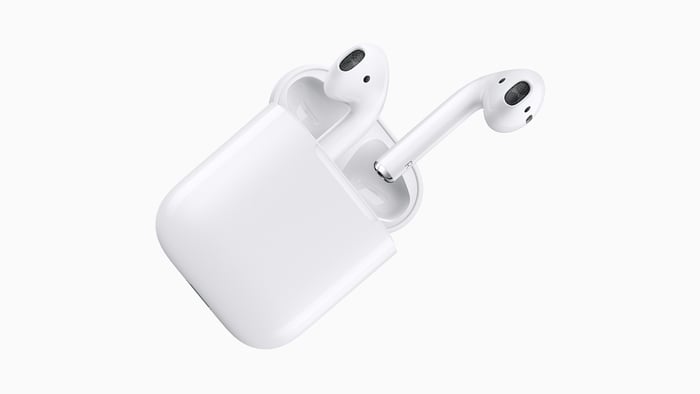 The company says that the total addressable market for "smart accessories" in units was a little over 500 million in 2016 and expects that figure to approach 1.5 billion by 2020.

Should the market expand as Cirrus Logic expects it to, and should the company capture a significant share of this fast-growing market, its financial performance could benefit substantially over the next several years from the opportunity.