Please ensure Javascript is enabled for purposes of website accessibility
Log In Help Join The Motley Fool
Free Article Join Over 1 Million Premium Members And Get More In-Depth Stock Guidance and Research
By Asit Sharma - Updated Jul 25, 2017 at 11:29AM

McCormick's acquisition of French's mustard may be expensive, but it will generate real shareholder value.

As of late, you get the sense that a deep wariness pervades the management teams of consumer-packaged goods (CPG) companies. Throughout most of the industry, corporations are booking stable profits, but reporting flat revenue. Even organic revenue expansion -- that is, top-line growth stripped of currency, acquisition, and divestment effects -- has dwindled. In some cases, it's fallen to just above the rate of inflation.

In a near-stagnant profits environment, the promise of steady and growing cash flow, coupled with productivity improvements, doesn't satisfy every shareholder. Executives find themselves looking over their shoulders, wary of agitation from hedge funds and institutional investors who want higher profit margins today versus two to three years in the future.

Peers may pose a greater threat. Leading consumer-goods multinationals are on the alert lest merger-minded Kraft Heinz Foods Co (KHC 0.66%) comes knocking to discuss a possible takeover. No company is safe from Warren Buffett and 3G Capital-backed Kraft Heinz. Even mammoth consumer-goods leader Unilever plc (UL 0.51%) found itself brushing off a merger entreaty from Kraft Heinz in February of this year.

McCormick & Company (MKC -1.39%) is one of the few CPG organizations that has taken decisive action to ward off both activists and predators by shaking up its business model to boost shareholder value. In its deal to acquire Reckitt Benckiser's (RBGL.Y -0.78%) food division, announced last week, the company will gain the French's mustard portfolio, Frank's "RedHot" hot sauce, and Cattleman's barbecue sauce (an institutional food-service barbecue offering in the U.S.). Both French's and Frank's occupy the No. 1 positions in the U.S. and Canada in their respective categories. 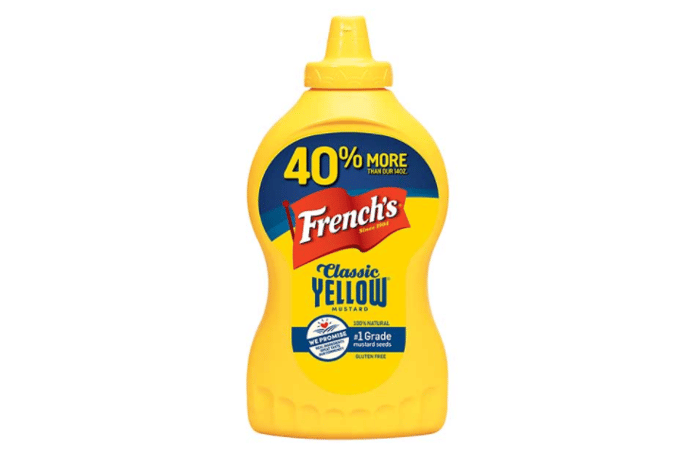 According to McCormick, the purchase will expand its branded-foodservice sales by 50% in the U.S and Canada. Moreover, the company has trained its sights on making Frank's RedHot the No. 1 global hot-sauce brand.

The deal is on the pricey side: McCormick is paying $4.2 billion to acquire roughly $600 million in revenue. Yet the company expects to achieve $50 million of cost synergies on the revenue by 2020.

Over the long term, the opportunity to expand French's U.S. dominance alone will probably substantiate the acquisition outlay. McCormick is likely to work harder and invest more in French's than its former trans-Atlantic owner.

But more importantly, the spice purveyor is diversifying its revenue into the condiments business, and it's constructively putting capital to work. Here's a telling excerpt from the company's acquisition press release:

Upon closing of the acquisition, McCormick's leverage ratio will increase, but the Company is committed to maintaining an investment grade credit rating and returning to its current credit profile over the longer term.  As part of this commitment, McCormick will maintain its dividend policy, curtail its share repurchase program and will deleverage the balance sheet with anticipated strong cash flow generation.

The paragraph above distills McCormick's proactive posture. The phrase "curtail its share repurchase program" is one you'll rarely see among multinational CPGs. In recent years, CPGs have utilized operating cash flow and leverage to repurchase shares in copious amounts.

This strategy is thought to quell activist investors, and in some instances, pre-empt their assault. First, many hedge funds and institutions favor buybacks as they believe that repurchase programs help lift stock prices by reducing the outstanding shares of a company on the open market. Second, a large enough buyback program can assist a company in leveraging its balance sheet to the point where agitation becomes unappealing to hedge funds.

Mondelez International Inc. (MDLZ 1.11%) provides an interesting example. Last year, the company repurchased shares in the amount of $2.6 billion, a figure 1.6 times larger than the company's free cash flow. To supply such funds and as part of a larger strategy, Mondelez has recently borrowed liberally: its debt-to-EBITDA (earnings before interest, taxes, depreciation, and amortization) ratio of 5.2 at the end of 2016 diminishes its appeal to activists, since its borrowing power is largely already tapped. Thus, the company has fewer resources an activist or acquirer can use to create value over a short period of time.

As you can see, massive buybacks are sometimes strategic, and sometimes the result of knee-jerk reactions to external threats. That's why McCormick's actions are impressive. By deciding to initiate the Reckitt transaction, yet pay down borrowings, curtail its repurchase program, and possibly prepare for more acquisitions, the organization is departing from a well-worn playbook.

Management is signaling to shareholders that it would rather create value to avert hostile action than simply play defense through ever-increasing share repurchases. For investors looking for a CPG multinational that truly chases economic growth, this spice giant beckons.