Though PepsiCo's (NASDAQ:PEP) revenue has remained flat over the last five years, the company's stock has posted a cumulative total return of 92% over the same period. Part of investors' confidence in Pepsi stems from its executives' skillful management of both financial and strategic expectations. Below, let's review five of the most pertinent points management made in the company's most recent earnings conference call on July 11.

1. PepsiCo is vital to retailers' success

For years, PepsiCo has touted its leading position in U.S. retail sales growth among food and beverage manufacturers. There's rarely a quarter in which management fails to mention some version of the above statistic. Beyond bragging rights, however, PepsiCo is alluding to a more subtle point. When it helps stores improve sales, it's often granted more retail space in turn.

Take the convenience store (or C-store) channel. Colorful cross-marketing of PepsiCo's Frito Lay North America (FLNA) products like Doritos with soft drinks like Mountain Dew on floor displays can lift a C-store chain's revenue. In something of a virtuous cycle, PepsiCo is then often granted additional space for food and beverage products. So, when PepsiCo highlights its impact on the retail industry, it's also referring to its own future growth potential.

2. There's no relief in sight yet for soda volumes

On the carbonated side, we're encouraged by the performance of Pepsi Zero Sugar, but have more work to do on the carbonated portfolio overall. We will also be allocating a bit more marketing behind the big sparkling brand[s] in the second half.
-- Nooyi

My Foolish colleague Leo Sun makes a great visual point regarding the misfortunes of sweetened carbonated beverages in the U.S., which in 2016 plunged to a 31-year consumption volume nadir. His chart shows that while soda growth volumes are negative, alternative categories are ramping up, led by value-added water, which grew at a 12% rate between 2015 and 2015.

Indeed, in its second-quarter report released earlier this month, PepsiCo noted that its new LIFEWTR enhanced water product, launched only in February, is well on its way to $200 million in sales this year. While it forges ahead with building out its non-soda portfolio, the company will continue to plow marketing dollars into legacy drinks to shore up volumes, as Nooyi notes above.

3. A wide-scale product evolution is good for business

Our product transformation efforts to date have resulted in a portfolio where we now derive approximately 45% of our net revenue from products that we refer to as guilt-free. These products include diet and other beverages that contain 70 calories or less from added sugar per 12-ounce serving and snacks with low levels of sodium and saturated fat as well as what we call Everyday Nutrition products. And a full 28 points of the 45 points is made up of what we refer to as Everyday Nutrition, products with positive nutrients like grains, fruits and vegetables, protein, unsweetened tea and water.
-- Nooyi

As with its beverage categories, PepsiCo is rapidly catching up to consumer tastes in snacks. PepsiCo has started presenting "guilt-free" and "Everyday Nutrition" statistics on each call. Data points relayed each quarter (as in the quote above) may perhaps seem like fluff, but they're anything but.

As I mentioned at the outset, PepsiCo's management team excels in managing investor expectations. By talking up its long-term transition to healthier products, PepsiCo allays investor concerns over its lack of top-line growth. Executives believe that healthier snacks and drinks will gradually achieve higher compound annual growth rates (CAGRs) than PepsiCo's current product line. Thus, it's simply a matter of time before overall revenue rejuvenates. So far, investors have demonstrated faith in this premise. 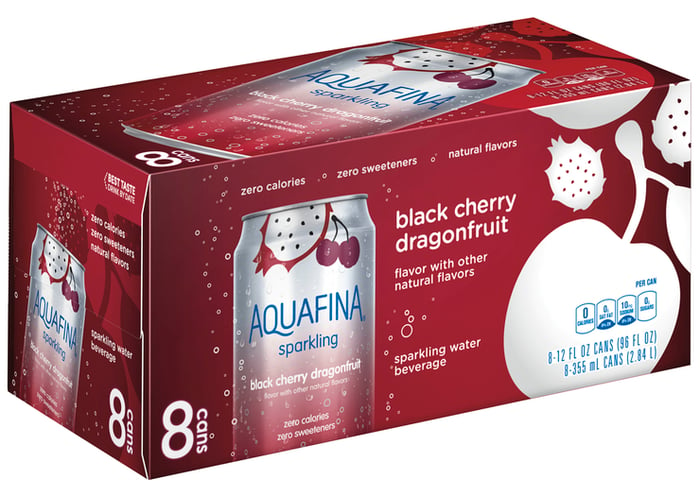 For the last few years, PepsiCo's basic cash modeling hasn't changed drastically. Just for fun, I took Johnston's comments above on predicted full-year cash usage and compared them to the company's statement of cash flows from 2014. Net capital spending in 2014? Approximately $3 billion. Free cash flow? Approximately $7 billion. Dividend payment? $3.7 billion, which, at an annual compound annual growth rate of 7%, has grown into a $4.5 billion payment this year.

Only share repurchases have diminished (they were $5 billion in 2014), as the company has shifted dollars to brand innovation, marketing, and non-soda portfolio acquisitions. Investors love the stability and predictability of PepsiCo's cash flows, and management enjoys much credibility on this front.

5. Some perceive this phenomenon as a threat, but to PepsiCo, it's an opportunity

Perhaps more pronounced are the changes we are witnessing in retail were the lines are blurring between channels. Brick-and-mortar retailers are building deep e-commerce capability, pure-play e-commerce is moving into brick-and-mortar and virtually every channel is melding aspects of grocery, convenience, foodservice, meal kits, prepared meals, and home delivery.
-- Nooyi

On more than one recent call, analysts have expressed concern that as traditional retail channels (i.e., grocery stores and restaurants) see disruption from trends such as online ordering and delivery, PepsiCo may run into turbulence as consumer purchase habits change.

Specifically, in a traditional retail environment, grocery store customers are prime targets for the marketing displays Pepsi (and its competitors) specialize in to capture impulse buying. If, in a future of increased online commerce and ever-rising home delivery of products, how will PepsiCo capture the incremental impulse buys which form an important piece of total revenue?

Nooyi and company don't quite have the answer yet, but they've communicated that it represents an opportunity if PepsiCo can learn how to exploit the evolving channels in real time. During the second quarter call, Nooyi went on illuminate the company's interest in digital solutions, including virtual reality tools, which may simulate grocery environments for the home shopper of the future. Again, it's early yet to see how PepsiCo will capitalize on rapidly shifting ordering trends, but management does appear to be focused on adaptation.