The REIT continues to sell properties and has several more sales in the pipelines.

The asset exodus at Equity Commonwealth (EQC 0.98%) continued during the second quarter, after the company closed the sale of three more properties while still having six more on the block. That brought the company's retained portfolio down to just 21 during the quarter, which resulted in another earnings decline. 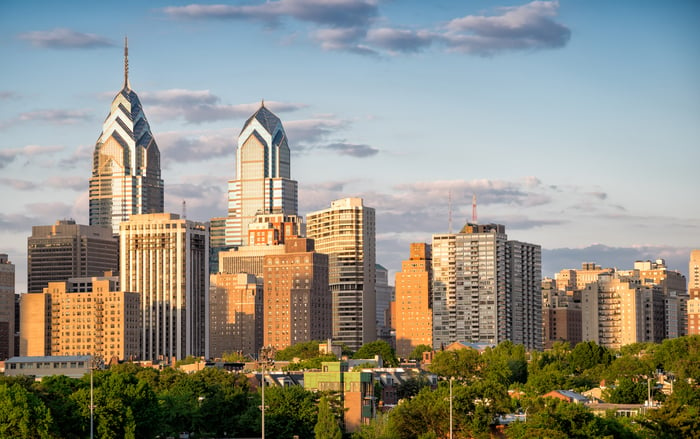 We ended the second quarter with a 21-property, 11.7 million-square-foot portfolio, which excludes six properties held for sale. The success of our disposition efforts has resulted in significantly better portfolio with high-quality assets in good markets. The portfolio today is more concentrated, with our 10 largest properties contributing 74% of revenue. Leasing activity during the quarter was healthy. We signed 196,000 square feet of new leases and 252,000 square feet of renewals. In terms of dispositions, we closed on the sale of three properties in the quarter and one subsequent to quarter end, [and] asset sales totaled $540 million year to date.

As Hefland notes, the company continues to shape the portfolio around its best properties in the top markets. As part of that process, it still has a few properties in various stages of the sales process. Once it has whittled down its portfolio to a strong core, it will have a more robust platform from which to expand.

Helfand provided some color on what to expect from the company in the future:

Our goal has been to aggressively lease and operate our properties to take advantage of a robust investment sales market that values office assets at record-low cap rates. Our portfolio repositioning is intended to narrow the discount in the trading value of EQC shares and the market value of our assets and position the company with ample liquidity should an opportunity rise where we can invest capital to create long-term value. As we've said, we have no intention of running a subscale business that has no reason to be. That said, there is still much to be done to realize the substantial value in our portfolio and at the same time explore growth opportunities. We are keenly focused on both efforts.

In other words, investors should expect the company to continue its plan to add value by subtracting properties until a compelling acquisition opportunity comes its way.