The REIT sold another property and had two more underway.

Equity Commonwealth (EQC 0.08%) maintained its multiyear strategy of monetizing its commercial real estate portfolio during the first quarter. The REIT closed the sale of another property and made progress on two more sales. If those close, the company will be down to just seven properties.

While the company continued its hunt for value-enhancing opportunities, it's allocating the cash from real estate sales to bolster shareholder value as it waits for the right one to emerge. 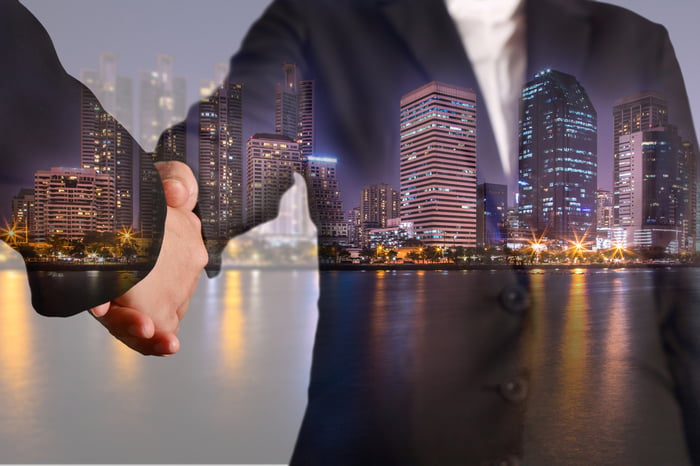 CEO David Helfand commented on the quarter during the accompanying conference call:

We had a solid first quarter. The same-property cash NOI was up 9.7%. We also completed the sale of our last asset in downtown Philadelphia, 1735 Market Street, for a gross sales price of $451.6 million. Pricing was in the 6% cap rate range. Subsequent to quarter-end, we closed on the sale of Bellevue Corporate Plaza, a 97%-leased 255,000 square foot office building, as well as additional development rights, for a gross sale price of $195 million. In addition, we continue to work on the sale of Research Park in Austin, a 1.1 million-square-foot flex property on 188 acres of land. As mentioned previously, we are evaluating the sale of Tower 333 in Bellevue, Washington, and the Green [and] Harris buildings in Washington, D.C. Since we took responsibility [for] the company, we sold 160 assets for $6.7 billion in 66 transactions. In doing so, we've created optionality due to the conversion of an undervalued portfolio of assets to cash.

Equity Commonwealth continued its strategy of working to maximize the value of its real estate portfolio. It has taken a two-pronged approach by leasing up available space to increase the income generated by its assets, and then unlocking the value created by selling the properties.

Equity Commonwealth is still waiting for the right opportunity to put its financial flexibility to work. Helfand noted on the conference call: "Our strategy will continue to be informed by market conditions, and we'll be patient and disciplined in our evaluation of a broad range of investment opportunities, including non-office asset classes. With $3.3 billion of cash, we're uniquely positioned to combine our capacity and talent to create long-term value for shareholders."