Shares of Team, Inc. (NYSE:TISI), a provider of industrial quality testing services, fell 30% in early Tuesday trading before clawing back to a 28.5% loss as of 12:35 p.m. EDT.

Two news items are noteworthy here. First and foremost, Team released "preliminary" financial results for its fiscal second-quarter 2017 last night. Revenues, it appears, are likely to come in at approximately $310 million, down 8% year over year, and management is expecting to book an operating loss of between $7 million and $9 million.

Team blamed an "ongoing weak and uncertain macro environment in the industries in which we operate" for the "disappointing" results. Management said it will reduce "discretionary spending" and also "the overall cost structure of the Company" to try to navigate this "sluggish" business environment. Team will also be laying off "certain" employees, involving severance costs of between $4 million and $6 million, and necessitating charges to earnings during the upcoming third fiscal quarter.

Separately, Team announced that it is offering convertible senior notes (debt convertible into shares) worth at least $175 million, and potentially as much as $201.25 million. Team plans to use the cash raised to pay off its term loan, and also to fund "general corporate" expenses. 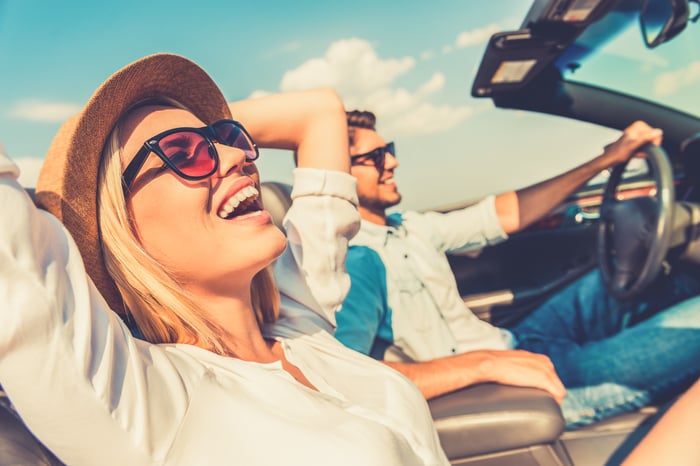 Some convertibles are more fun than others. Team's convertible news is of the un-fun sort. Image source: Getty Images.

The cost-cutting measures are aimed at lowering Team's operating costs by about $30 million annually, starting in Q3. If successful, that would probably be enough to push Team out of the red (it's recorded operating losses of $2 million over the past 12 months), which would be a long-term plus for the stock.

As for the notes issuance, that's less obviously positive. On the one hand, raising $200 million or so in cash would be enough to cut the stock's debt load by about two-thirds. On the other hand, that debt will be replaced with...more debt. Plus, it raises the potential for stock dilution if the notes are ultimately converted into equity -- and with all of Team now being valued at only around $500 million, the dilution could be significant.