The S&P 500 sports a P/E ratio over 26, which is quite high compared with historical norms. However, that doesn't mean every stock in the famous index is trading at an obscene multiple right now. In fact, two healthcare giants -- Amgen (NASDAQ:AMGN) and CVS Health (NYSE:CVS) -- are both generous dividend payers trading at cheap prices today. Does that make them automatic buys, or do they deserve their discounted valuation for a good reason? Amgen is currently trading around 14 times next year's earnings estimates, which represents a big discount to the market in general. However, I don't think the discounted valuation is an anomaly. Instead, I think it can be blamed on a handful of factors.

First, Amgen is seeing weakness in a few of its top-selling drugs. Last quarter, the company reported declines in sales of Epogen, Aranesp, Neupogen, and Enbrel, the latter of which used to be its top-selling drug. These declines proved to be too much for the company's newer crop of drugs to overcome, which is why total sales fell by 1%. Investors generally don't award premium valuations to companies with such troubled top-line growth.

Second, there are legitimate reasons to believe the company's current best-selling drug -- the white-cell-boosting Neulasta -- could soon face declining sales, too. The reason is that biosimilar competition is eagerly waiting in the wings to come to market and take share. Coherus Biosciences has a biosimilar product candidate of Neulasta called CHS-1701 that it's itching to bring to market. However, the company recently experienced a huge setback when the FDA rejected this drug over manufacturing concerns. That's great news for Amgen in the short term, but investors should view this as more of a temporary solution than a long-term fix. Coherus is expected to move forward with its resubmission soon, and this product could be on the market as soon as next year.

What's more, Amgen's cholesterol-busting drug, Repatha, has had a poor start out of the gate. Sales totaled only $159 million last year, which is a pittance compared with its potential. That slow start has some questioning whether the drug will ever be able to live up to expectations. 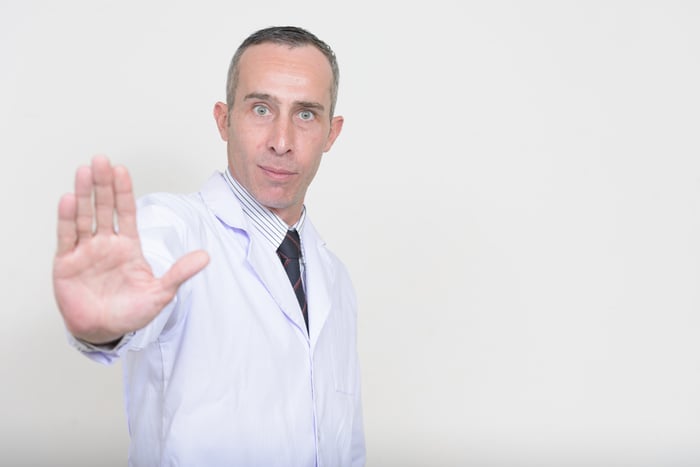 To its credit, these negatives haven't prevented Amgen from being a great investment in recent years. The company's earnings have consistently moved higher over time largely through margin improvement, share repurchases, and new product launches. What's more, the company's dividend has grown rapidly since its introduction in 2011, and today it consumes only about 40% of net income. That hints that there could be plenty of room left for future dividend increases.

However, Wall Street expects that Amgen's growth is about to slow considerably in the years ahead. Analysts currently project profit growth of about 4% annually over the next five years, which is a far cry from the 15% earnings growth it has produced over the past five years. Still, demand for Amgen's products won't disappear overnight, and the company's 2.6% dividend yield looks very secure. That's why this cheap stock could still offer plenty of appeal to dividend-seeking bargain hunters.

Like many other retailer concepts, shares of CVS Health have been cast aside recently. Shares are down more than 32% from their 2015 highs, which has pulled down the company's valuation to around 14 times next year's earnings estimates. That's quite cheap for a company with great long-term potential. However, just like Amgen, the market has been given reasons to approach CVS Health's stock with caution.

CVS Health's troubles started last year, when investors learned that its arch-rival, Walgreens Boots Alliance (NASDAQ:WBA), had managed to woo away two large customers. Walgreens signed deals with both Prime Therapeutics and Tricare, which effectively removed 31 million members from CVS Health's network. In response, management was forced to pull back on its profit guidance for both 2016 and 2017. Predictably, shareholders didn't take the news well.

If that wasn't bad enough, shareholders recently found out that Amazon.com (NASDAQ:AMZN) is looking to enter the retail pharmacy space. According to a report from CNBC, the e-commerce giant has hired people with pharmacy experience and is thinking about developing its own pharmacy benefit management program for its employees. If successful, Amazon could one day offer this product to its customers as well.

Finally, CVS Health's recent results have shown that it isn't immune to the problems that have troubled many retailers as of late. Last quarter, the company reported a 4.7% drop in same-store sales. While that performance largely came from a number of generic-drug introductions, it doesn't exactly help to change the narrative surrounding the stock. 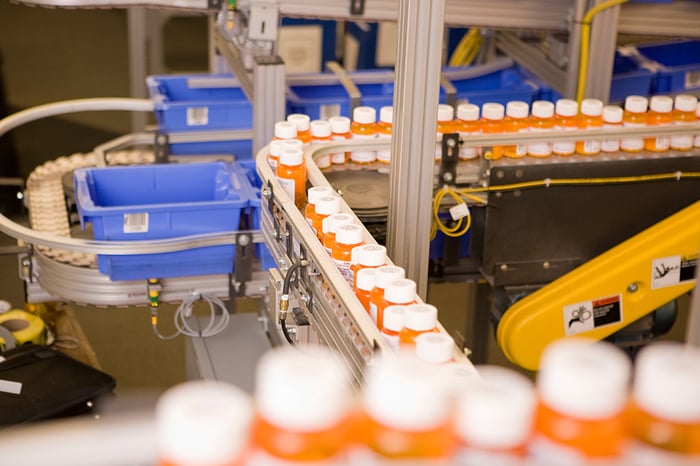 CVS, to its credit, has a plan to turn its fortunes around. The company is closing underperforming stores, paying down debt, buying back stock, and expanding the number of locations that offer its in-store MinuteClinics. Management also stresses that its 2.5% dividend yield is a priority and that it remains well covered since it consumes only about 37% of net income. When those moves are combined with cost-cutting efforts and the aging of the U.S. population, CEO Larry Merlo believes that double-digit profit growth rates over the long term are still achievable. While Wall Street's estimate is more muted, analysts still believe 7% earnings growth over the next five years is realistic. If true, that's great news for shareholders.

In all, I think there are ample reasons to believe CVS Health will be able to modestly grow its profits over the next few years. That could make right now a great time to give this cheap dividend payer a closer look.