Expected by Wall Street to hold blockbuster annual sales potential, did Amgen and UCB instead deliver a dud with osteoporosis drug romosozumab? 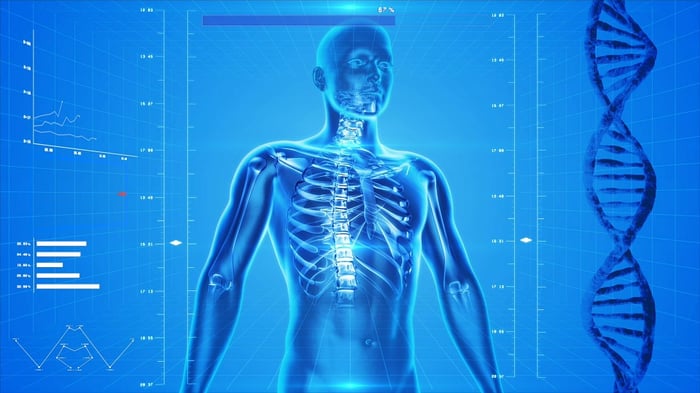 Yes folks, baseball season is officially back, and so are the baseball-related puns.

On the top-line, romosozumab, which has been hailed as a drug capable of $1 billion or more in annual sales, hit both of its co-primary endpoints of reducing new vertebral fractures through 12 months and 24 months. Specifically, the press release notes a 73% reduction in the relative risk of vertebral fractures through 12 months, and an even better 75% reduction in relative risk through 24 months.

Additionally, romosozumab, a once-monthly injection, wound up hitting another important secondary endpoint: reducing the incidence of composite vertebral and non-vertebral fractures through month 12 by 36%.

However, the duo announced that clinical significance was not reached in months 12 or 24 when examining romosozumab's impact on reducing non-vertebral fractures, which was another secondary endpoint.

After meeting both primary endpoints, Amgen and UCB plan to discuss romosozumab's development with regulators, potentially leading to a new drug application filing sometime this year.

But did romosozumab just whiff at the plate when it mattered most? 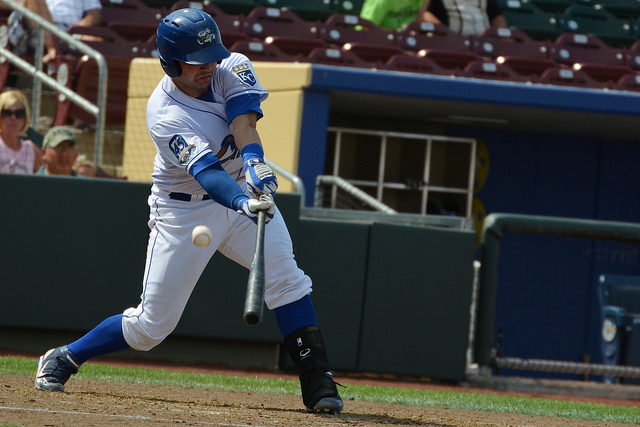 Did romosozumab fail to live up to expectations?
Here's the concern with Amgen's and UCB's highly touted experimental bone drug: it lacks preferred differentiation.

Romosozumab is pretty much competing with two other players in this space: Eli Lilly's (LLY 0.15%) Forteo, which was approved late last decade, and an experimental drug being developed by Radius Health (RDUS 1.06%) known as abaloparatide, which first announced its phase 3 studies in 2014 and provided an update last year.

Eli Lilly's Forteo and Radius' abaloparatide (assuming approval) are once-daily injectable therapies. By comparison, Amgen's and UCB's romosozumab holds the convenience "holy grail" of being a once-monthly injectable solution. If romosozumab demonstrated superiority over the placebo in both primary and secondary endpoints, it would likely be the clear leader in treating osteoporosis among postmenopausal women. But romosozumab's failure to meet statistical significance in non-vertebral fractures now casts some degree of doubt over its future.

Lilly's Forteo likely won't be a huge player for too much longer, especially with the possibility of two new entrants. Its patent is set to expire in December 2018, and as is often the case, pricing pressure may start to get the better of Forteo sooner rather than later.

Radius' abaloparatide, on the other hand, actually wound up delivering superior results in its late-stage osteoporosis study. Vertebral fractures were reduced by a whopping 86% in the ACTIVE study at the 18-month mark, meeting the primary endpoint. But more importantly, Radius announced that its secondary endpoint of non-vertebral fractures was clinically significant, with a reduction of approximately 43%. Wall Street analysts had been looking for a similar figure from romosozumab, but it failed to deliver and differentiate itself from Radius Health's abaloparatide. Meanwhile, Radius plans to file for marketing approval for abaloparatide in March.

Did Amgen really strike out?
Although the duo's results were far from optimal, and it could certainly cost romosozumab market share in comparison to abaloparatide (assuming approval), I don't believe Amgen or its partner have completely struck out (last bad baseball pun, I swear).

To begin with, Amgen will still have its superior convenience to rely on. For some patients the prospect of daily injections may not be appealing. When it concerns strictly vertebral osteoporosis in postmenopausal women, it's possible romosozumab remains a strong choice.

A lot will also depend on pricing. It's far too early to get into the specifics of what romosozumab or abaloparatide might cost if they're approved, but a substantial pricing difference between the two drugs could swing the pendulum.

Amgen's deep pocketbook could help as well. Amgen is a company capable of producing more than $8 billion in annual free cash flow -- and this doesn't even take into account UCB's cash flow potential. Needless to say, both companies could throw a few dollars at marketing romosozumab and building rapport with physicians. Radius Health, which is still entirely in the clinical stages of its development, has no positive cash flow to speak of.

Amgen will be just fine
What investors also need to remember is that Amgen's pipeline and future growth aren't dependent on romosozumab. Since Dec. 2014, Amgen has brought five new drugs to market and had the label of another approved product expanded. In other words, it's doing just fine.

A considerably more important study will be released in the second-half of the year concerning Repatha, Amgen's injectable LDL-cholesterol-lowering medicine. Repatha wound up substantially lowering LDL-C in clinical studies, but uptake of the drug in terms of insurer coverage and prescriptions has been slow. Most everyone is waiting for the long-term cardiovascular study that's to be released in the second-half of 2016. If Repatha demonstrates a statistically significant reduction in risk of death, then we'll probably be saying "romosozu-who?"

Overall, Amgen's growth trajectory looks healthy, and its deep pipeline has been producing far more winners than losers. For now I'd suggest shareholders simply take this disappointment in stride while keeping the bigger picture in mind.