Procter & Gamble (NYSE:PG) will close the books on its 2017 fiscal year this week when it releases quarterly earnings before the market opens on Thursday.

Here are a few trends to keep an eye out for in the report. 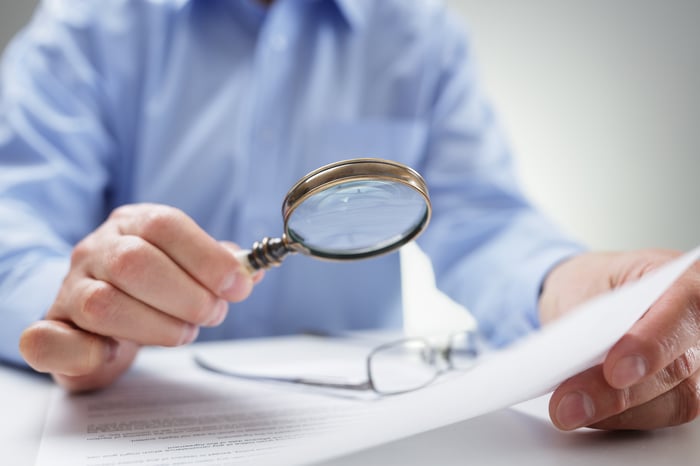 P&G has had a disappointing sales growth run lately. In fact, its market share fell in each of its core product categories over the past nine months. The most painful dip has been in grooming, where the Gillette franchise is taking a hit from value-based store brands and disruptive online offerings such as Unilever's (NYSE:UL) Dollar Shave Club. Organic growth in the grooming segment has been flat so far this year as a 2% uptick in volume was completely offset by lower prices .

Overall, P&G is on track to expand sales by about 2%. The good news is that result would represent a doubling of the prior year's pace. On the other hand, it's slightly lower than the company had targeted earlier in the year. It's also consistent with falling -- or at best flat -- market share. Unilever, for example, is growing organic sales at a 4% clip right now.

The consumer products giant can't do much about a sluggish global industry, so management is putting a lot of focus on reducing costs. After generating $10 billion worth of savings since 2012, P&G has plans to axe a further $10 billion from its expense infrastructure over the next five fiscal years.

The changes have helped push operating margin up by two full percentage points and put P&G near the front of its peer group in terms of profitability. 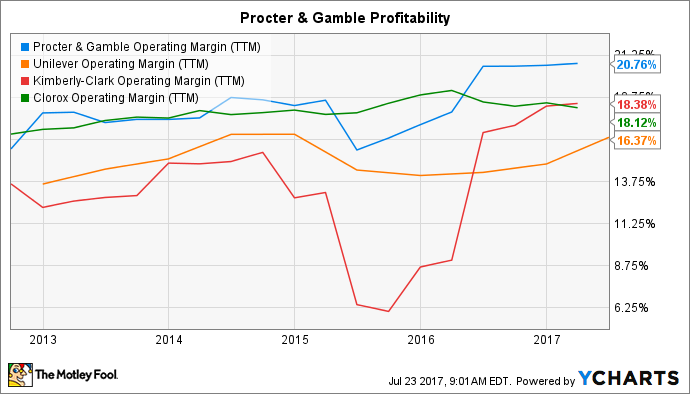 Rivals are closing the gap, though. Unilever's operating margin has jumped higher this year to put the company ahead of its long-term plan to reach 20% profitability by 2020. And, unlike P&G, the company has achieved that expansion while also boosting its market share.

It turns out P&G executives were being modest when they described fiscal 2017 as a year of "significant value return to shareholders." Thanks to a mix of aggressive cost cuts, improving foreign currency exchange rates, and the cash raised from selling off big chunks of its portfolio, the company has found itself flush with excess funds.

It is returning most of that bounty to shareholders in the form of stock repurchases, with a smaller portion allotted to modestly growing the dividend. Altogether, the company will have delivered $22 billion to its investors over the past twelve months for a huge increase over its traditional return pace.

However, now that P&G is done with its brand-shedding initiative, management must rely more on earnings growth to fund such cash returns. That puts the pressure back on sales gains over the coming years. The uptick in organic growth that P&G has managed this year will be a good start, but it's not enough. As the company explained in its 10-K, it needs to expand its sales base at a faster rate than the industry in order to produce healthy earnings growth and cash flow gains.

It has been several years since the company has achieved that core market-share goal. If P&G's organic sales growth outlook implies another year of weak results this week, the stock isn't likely to break out of its recent funk.