Apple (NASDAQ:AAPL) has been using organic light-emitting diode-based displays in some of its products for a while now. The company's Apple Watch wearable devices, for example, sport OLED displays, and its MacBook Pro series of personal computers includes a so-called Touch Bar that's actually an OLED "strip" that runs across the top of the keyboards.

However, the company's crown-jewel product, the iPhone, doesn't yet ship with OLED displays. Instead, Apple has included increasingly sophisticated liquid crystal displays that have made tremendous strides in color accuracy, contrast, and brightness and are quite beautiful. 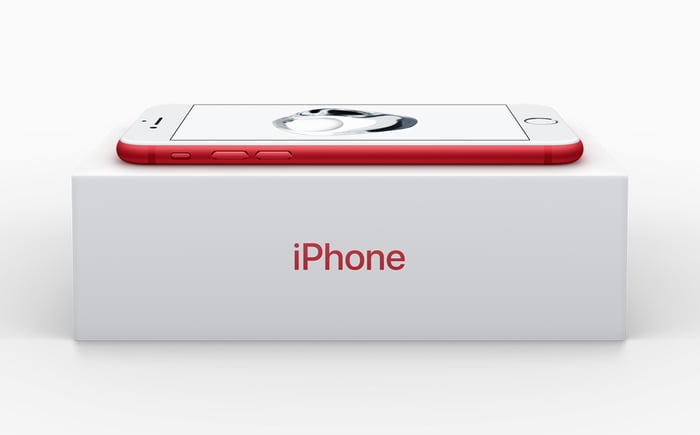 However, as Apple aims to advance both display quality and device form factors, the company needs to transition from LCDs toward OLED technology. To that end, this year's high-end iPhone 8 is expected to include a full-face OLED display, and in the following year, Apple is rumored to be deploying OLED displays across a broader lineup of smartphones.

So it's not much of a surprise that ET News, by way of Digitimes, reports that Apple "has purchased evaporators from Korea-based Sunic System to build a 2.5G OLED panel line to develop related technology and products in Taiwan."

Apple wants to roll its own

Digitimes, paraphrasing the ET News report, says Apple "is eagerly developing its own OLED technology in order to reduce its reliance on Samsung Electronics (NASDAQOTH: SSNLF) for the supply of OLED panels, while enabling it for product differentiation."

Apple has hired a substantial number of display technologists over the years from both academia and major display manufacturers such as Samsung Display, a group within Samsung Electronics, and LG Display (NYSE:LPL), a major display vendor to Apple across its product lines.

I don't think Apple's aim is necessarily to own the production lines used to manufacture the OLED displays. Such a move would be highly capital intensive and quite risky, even though Apple arguably has the scale to support a dedicated display production plant. Instead, I think Apple will buy the right equipment for its research-and-development personnel to develop, test, and experiment with new manufacturing technology recipes.

Apple's aim here, if I'm correct, is to develop the fundamental display technology and then, once it's devised the right "recipes," it transfers those recipes over to its display manufacturing partners, which then produce the displays for Apple.

Such a strategy would allow Apple to develop proprietary, differentiating display technologies without the burden of owning and operating its own display manufacturing plants -- the best of both worlds.