Shares of Advanced Micro Devices (NASDAQ:AMD) jumped on Wednesday following the Tuesday evening release of the company's second-quarter report. AMD beat analyst estimates for both revenue and earnings, driven by strong sales of its Ryzen CPUs and demand for its GPUs from cryptocurrency miners. As of 11:29 a.m. EDT, the stock was up about 8.6%.

AMD reported second-quarter revenue of $1.22 billion, up 18.4% year over year and about $60 million higher than the average analyst estimate. The computing and graphics segment produced $659 million of revenue, up 51% year over year. Both high-end and mainstream Ryzen CPUs were available during the quarter, and AMD's Polaris GPUs proved popular for those mining cryptocurrencies. 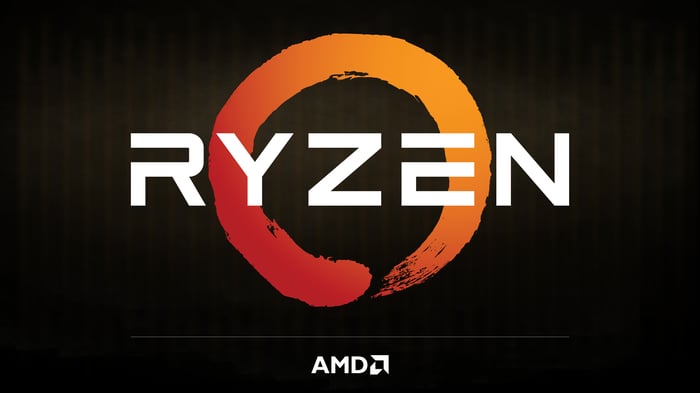 AMD posted a GAAP net loss of $16 million, or $0.02 per share. On a non-GAAP basis, the company managed a $0.02-per-share profit, up from a $0.05-per-share loss during the prior-year period and $0.02 better than analysts were expecting. The computing and graphics segment turned a small $7 million operating profit, enough to offset a decline in profitability in the enterprise, embedded, and semi-custom segment.

Part of the reason AMD beat estimates was due to GPU demand from cryptocurrency miners. According to CEO Dr. Lisa Su, the company didn't factor this demand into its forecasts, and it doesn't expect it to be a long-term growth driver.

Still, it's clear that Ryzen is winning some market share for AMD. That wasn't enough for the company to turn a GAAP profit, but only a portion of the Ryzen lineup was available during the quarter. Laptops featuring Ryzen have yet to launch, and low-end Ryzen 3 chips are not yet available.

Gaming variants of AMD's Vega GPU are expected to launch later this year, and its EPYC server chips will be ramping up as the company aims to steal share away from Intel. All three products need to be successful for AMD's current stock price -- around 20 times what the company aims to earn in 2020 -- to make any sense.