Please ensure Javascript is enabled for purposes of website accessibility
Log In Help Join The Motley Fool
Free Article Join Over 1 Million Premium Members And Get More In-Depth Stock Guidance and Research
By Travis Hoium - Jul 27, 2017 at 10:31AM

Electronics sales are growing, but will the rest of the business come along for the ride?

3M Company (MMM 0.19%) has never been a company whose earnings reports reveal an expansive business growing at a consistent and impressive pace. That was no different in the second quarter of 2017, when sales rose 1.9% to $7.8 billion and only one business segment posted growth above 2.5%.

But there are some positive signs for 3M in 2017. And they could help drive the stock higher this year. 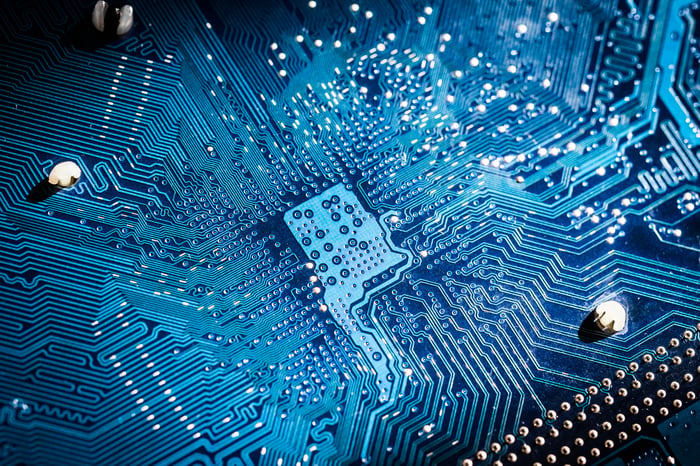 The best segment for 3M was electronics, which had 15% growth organically year over year. Management said the growth was due to "increased penetration on many OEM platforms," but I wouldn't be surprised if the growth was driven by a ramp-up in production of a hit new electronic device -- the coming iPhone 8. 3M will see revenue a quarter or two ahead of any major product launch, so we could be seeing early signs that new smartphones will be hitting the market this fall.

It should also be no surprise that Asia-Pacific had organic local currency growth of 10% in the second quarter, compared with 1.9% growth in the U.S, 3.7% growth in Latin America, and a 1.6% decline in Europe, the Middle East, and Africa. Electronics are primarily assembled in Asia, and for now, electronics is what's driving 3M.

There are still some weaknesses at 3M

On the surface, overall organic growth of 3.5% at 3M seems strong, but in a fairly strong economic environment, it's troubling that only electronics showed anywhere near double-digit growth. And that might be a problem long-term.

The question for investors is, how long will the electronics boom last? 3M has always had hits in different market segments to drive most of its growth, so the fact that electronics is the only strong point isn't necessarily bad. For example, when TVs and laptops were booming, it was display and graphics that drove growth, and when the Post-it Note was invented, the consumer business drove the company.

Electronics could be 3M's growth driver over the next few years while other business segments stay flat or grow slightly. The risk is that this could be a one-time boost in sales because of one or more product launches slated for the second half of the year. If that's the case, the organic growth I highlighted could be short-lived.

What to expect from 3M

3M isn't really a growth company. It should be regarded as a company that's worth owning for the dividend and continuous share buybacks. More than 100% of the company's free cash flow is used to pay dividends or buy back shares: 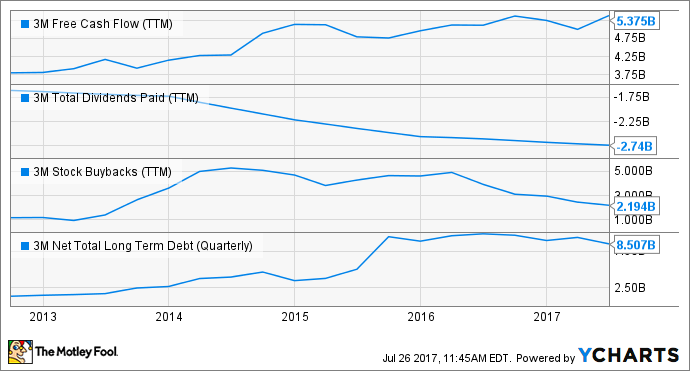 But it may not be worth paying 24 times earnings for a company with fairly slow growth and a relatively low 2.2% dividend yield. 3M is is growing at a steady pace, which is a sign of life if it continues, but I think that's still too much to pay for a company without much in the way of sustained growth prospects.