The U.S. oil giant continues to show improvements where it matters most.

On the surface, it would seem as though ConocoPhillips (COP 3.47%) reported an atrocious second quarter, given that its net loss ballooned to $3.4 billion, up from a loss of $1.1 billion in the year-ago quarter. However, that result was primarily due to a string of one-time non-cash charges relating to recent asset sales, which it only partially offset by recording a gain on the sale of some of its Canadian assets to Cenovus Energy (CVE 4.07%).

Those one-time items mask the fact that ConocoPhillips actually reported surprisingly strong results before the markets opened on Thursday. That's because, after adjusting for those nonrecurring events, the oil giant turned in an unexpected profit of $178 million, or $0.14 per share, which was well ahead of the per-share loss of $0.02 that analysts were expecting. Here's a closer look at five equally impressive numbers from that report that you won't want to miss. 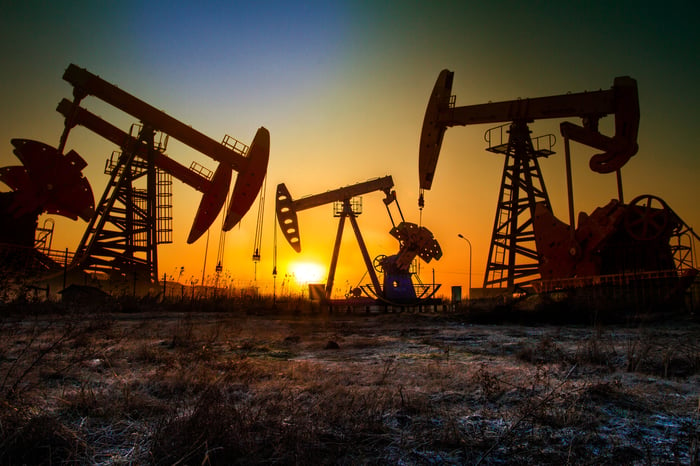 ConocoPhillips produced 1.425 million barrels of oil equivalent per day (BOE/d) during the second quarter. While that was below its guidance range of 1.495 million to 1.535 million BOE/d, that was entirely due to the sale of several Canadian assets and their associated production to Cenovus Energy. In fact, after adjusting for that impact, production on its retained assets rose 3% year over year, driven by the ramp-up of several major projects, the positive impact of its development programs, and improved well performance.

Production and operating expenses: Down 8%

That combination of higher production and lower costs is having a noticeable impact on the company's cash flow. During the quarter, the company generated $1.64 billion of cash flow from operating activities. After funding $1 billion of capital expenses and paying $331 million in dividends, the company produced more than $300 million of excess cash for the quarter, marking the fourth straight quarter that it generated more cash than it needed for capex and dividends. The company used those funds, plus the money it received from Cenovus Energy, to pay down $3.2 billion of debt and repurchase $1 billion of stock. 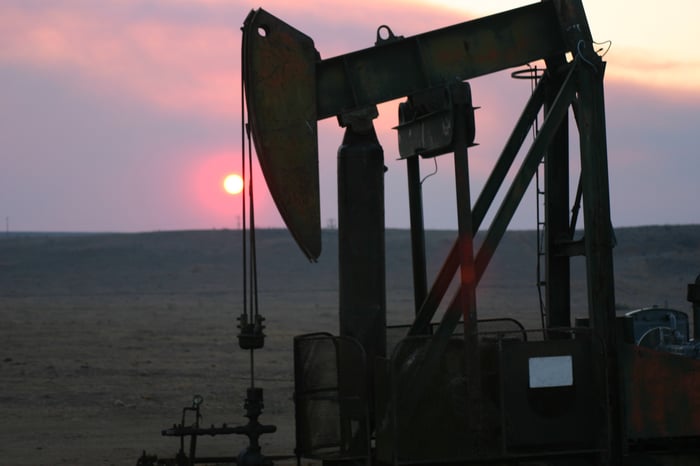 That $1 billion stock buyback had a meaningful impact on the share count, reducing it by 2%. However, the company isn't done buying back shares and currently plans to repurchase another $1.9 billion during the second half of the year. Those repurchases would drive the share count even lower, which should increase the company's earnings and production on a per-share basis. In fact, according to its own projections, if ConocoPhillips can complete its entire 2017 share-repurchase plan at a stock price close to the current one, production per share would increase 8%, versus the 3% increase the company expects in adjusted production overall.

The forecast for a 3% output increase is a revision upward from the company's initial view that production would rise 0% to 2% this year. That's partially because the company sold several assets that weren't growing, which skews the numbers a bit. However, it's also the result of production from retained assets coming in 25,000 BOE/d higher than anticipated for the full year.

What's worth noting about that number is that ConocoPhillips can achieve that higher level of production despite the decision to lop $200 million off its capex budget, which it's bringing down to $4.8 billion for the full year. In doing so, it's joining rival Anadarko Petroleum (APC), which recently announced a $300 million budget cut. Commenting on that decision, Anadarko's CEO Al Walker noted that "the current market conditions require lower capital intensity given the volatility of margins realized in this operating environment." That said, despite the spending cut, Anadarko still expects to hit its oil-production exit rate due to the strong performance of its assets in North America. These impressive projections are just several in a long list of examples showing the dramatic improvement in capital efficiency that producers have achieved during the market downturn.

Waiting for the payoff

ConocoPhillips' results demonstrate that its efforts over the past few years are paying off. The company is getting more production out of the ground for less money, which is improving its underlying profitability and cash flow. That said, the market still hasn't rewarded it for this success -- the stock is down double digits this year. One can hope that the market will eventually give the company the credit it deserves by giving the stock a higher valuation.